Apple TV Plus cost, shows, channels, devices, and everything you need to know

You can now access Apple's TV Plus service on all manner of devices, as the release date of November 1 has finally arrived – but will it, in the words of CEO Tim Cook, be "unlike anything that's come before"?

The launch of Disney Plus will no doubt be casting something of a shadow over the Apple TV Plus service, with the latter not having the big-name titles or franchises to really compete. But there may be something in it for you, especially as you can get one year's subscription free when buying a new iPhone, iPad, Mac or Apple TV.

We know a lot more about the Apple TV Plus pricing, with a $4.99 / £4.99 / $AU7.99 monthly subscription model that undercuts a lot of competing services like Netflix, Hulu and even the Disney Plus price – with the ability to share between six different family members, if you have that many close relatives.

We've been keeping close tabs on the programming planned for the service, and you can check out our guide to Apple TV Plus shows for specific titles featuring everyone from Aquaman's Jason Mamoa to Deadpool's Ryan Reynolds. Apple already dominates as a seller and distributor for content, so it'll be interesting to see how they take to making that content themselves.

For all the pricing, launch dates, and hype you need to know about Apple TV Plus, though, read on below. 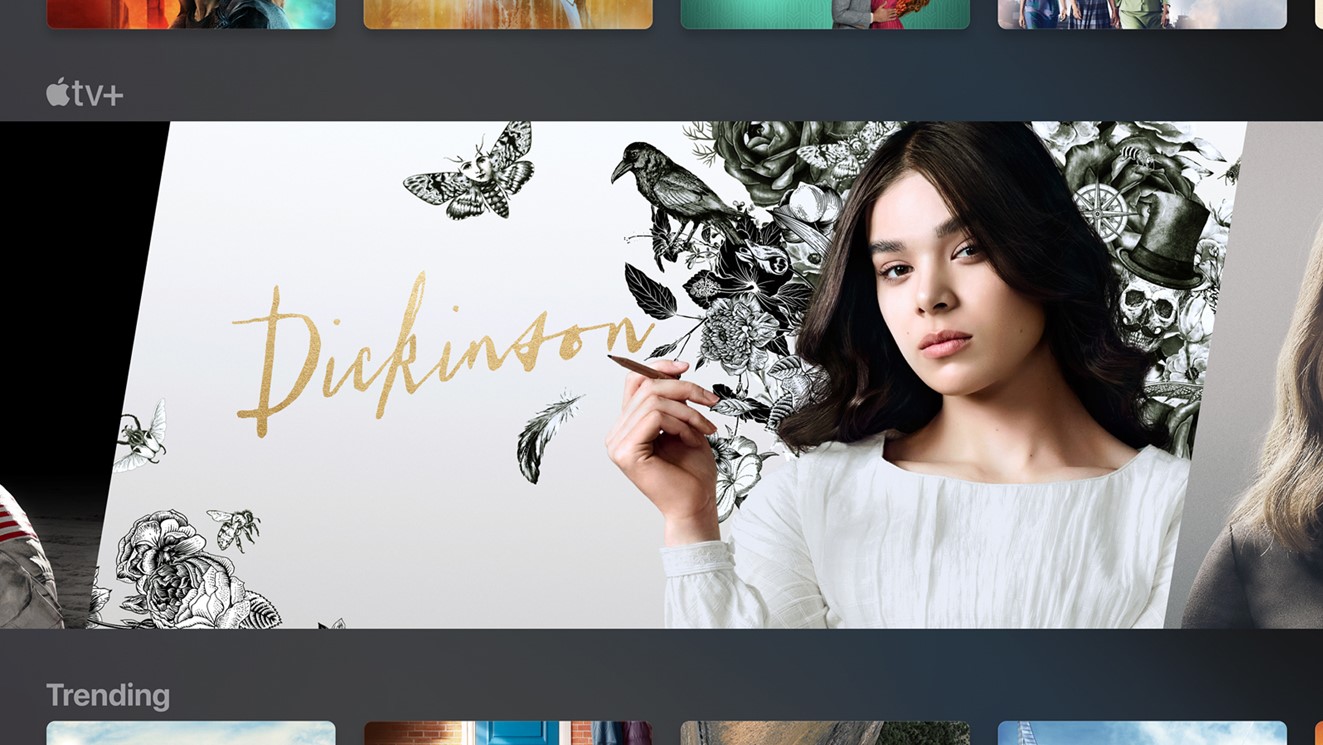 At Apple's iPhone 11 launch, Tim Cook confirmed that Apple TV Plus will launch on November 1, and the company has come good on that promise.

Unlike the basic package of Hulu, Apple TV Plus is ad-free from the start, and available in 100-plus countries through a section of the Apple TV app on smart TVs, MacOS and iOS.

You can sign up for a seven-day free trial to test the service out here. 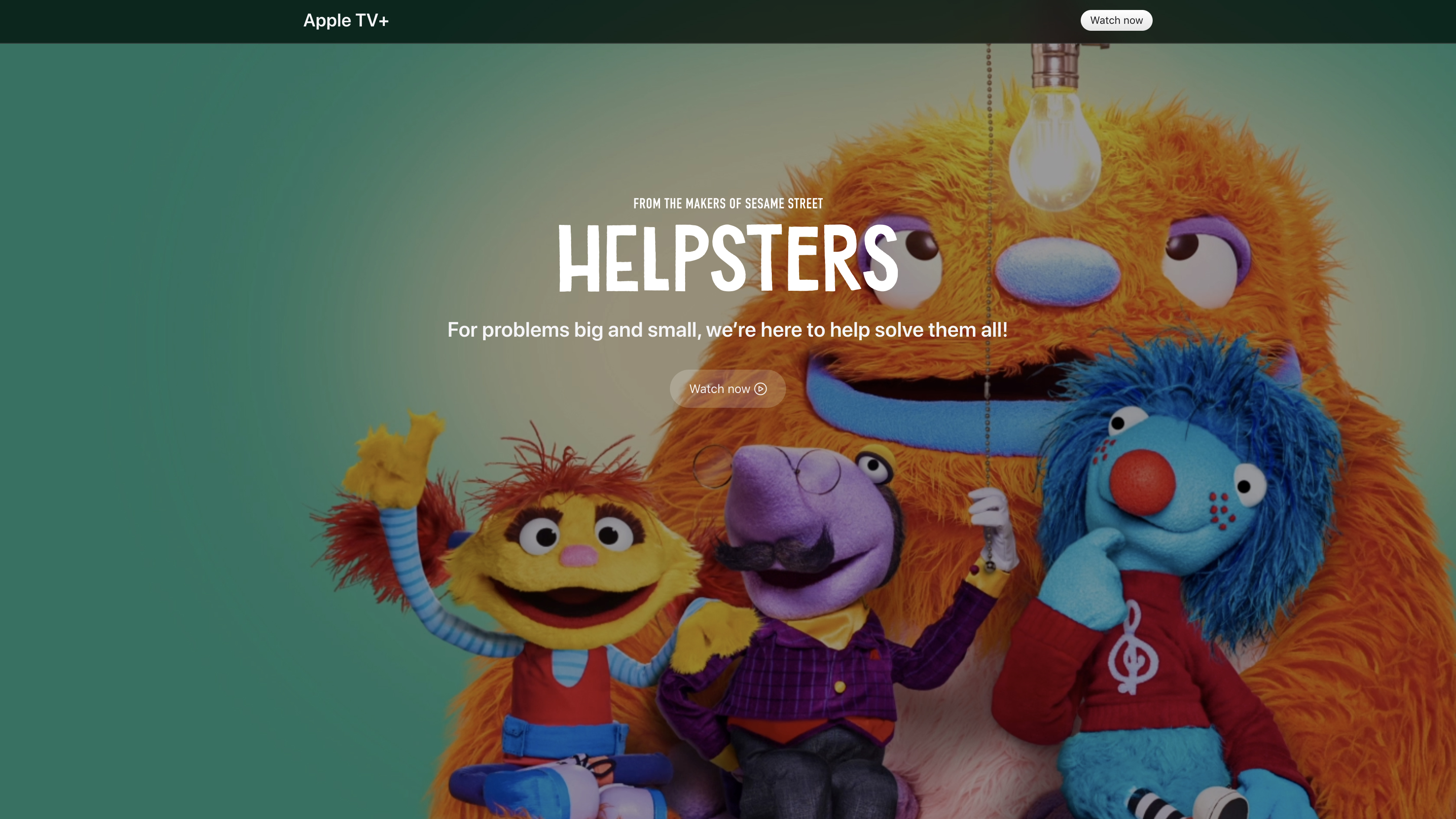 The service will include shows like Amazing Stories and The Morning Show, and stars like Reese Witherspoon, Steve Carell and Jason Momoa are signed up to be involved. There's even a show for youngsters called Helpsters.

Helpsters is aimed at the pre-school crowd, and follows a team of "vibrant monsters who love to solve problems," according to Apple. It's headed up by Sesame Street puppet Cody, who (as her name suggests) will help kids to learn the basics of coding – which no doubt will appeal to parents.

It's also been announced that Oprah and Prince Harry will also be teaming up for a mental health docu-series, which will come to Apple TV Plus in 2020.

In a statement posted to Instagram, Prince Harry said "our hope is that this series will be positive, enlightening and inclusive – sharing global stories of unparalleled human spirit fighting back from the darkest places, and the opportunity for us to understand ourselves and those around us better."

Most recently, Apple dropped a trailer for a revisionist comedy-biopic on the life of the poet Emily Dickinson, with Hailee Steinfeld taking the starring role, and Apple is so confident it's already renewed it for a second season. You can get a taste of the anachronistic music and dance moves – in the style of Yorgos Lanthimos' The Favourite – in the trailer below.

WWDC 2019 also saw the unveiling on new alternative history show from Battlestar Galactica's show lead, Ron Moore – also renewed for a second season before the first has even dropped. For All Mankind will reimagine the space race of the 1960s and 1970s, from a position that sees the Soviet Union putting man on the moon first. Find its first trailer below:

Most recently, we found out that M. Night Shyamalan's Servant TV series will come to Apple TV Plus on November 28. According to Engadget, it revolves around a couple who bring an "unnervingly life-like doll into their home after losing their baby". Sounds spooky.

Although Apple TV Plus launched with some good new shows from the get-go, there are plenty more on the way.

Some of the most notable include Little Immigrants, an anthology series about the lives of immigrants in America all based on true stories. It won't focus on the already well-known or successful, but everyday stories.

According to reports, Little Immigrants will debut on January 17, 2020. The first trailer for the new series is here too, which promises a mixture of emotional and heart-warming stories.

On February 7, 2020, a new comedy series will air on Apple TV Plus from Rob McElhenney and co-star Charlie Day (of It's Always Sunny in Philadelphia fame). We don't know much about the new show yet other than it's set in a video game development studio.

A few days after, on Valentine's Day, a docu-series called Visible: Out on Television will be coming to Apple TV Plus. The show is about how the LGBTQ movement has shaped television. There will be five parts and they'll feature lots of archival footage and interviews, as well as present-day interviews with celebrities.

There are a few other series in development that haven't been given official release dates yet. This means they could be months away or may end up getting cancelled depending on the success of the shows already out.

Some of these shows include a refresh of the old Amazing Stories TV series, which covers a different science-fiction or fantastical story each week, a murder mystery series called Home Before Dark and a series about the bombers of World War II, called Masters of the Air.

What are Apple TV channels?

Apple TV Channels will be incorporated into the Apple TV app on iOS starting in May, and on MacOS later in the year, but will sit outside Apple TV Plus' purview.

This is where things get a little confusing. While on stage, Tim Cook mage it very clear that Apple TV Plus isn't like Netflix – at least not yet. While the service will offer original content by the boatload, Apple TV Plus won't offer licensed content like Netflix or Amazon Prime does, which covers all syndicated shows, like The Big Bang Theory, Mr. Robot or Seinfeld.

For now, you'll still have to buy those shows through iTunes or via your terrestrial cable app in Apple TV Channels and turn to Apple Plus for its library of originals.

There's also the question of availability. Cook named a number of major TV manufacturers who will offer the new Apple TV app in his keynote, but never came close to mentioning all the platforms where Netflix is available, like Android TV, PC desktops and laptops, and non-Apple tablets. We do now know though that Samsung, at the very least, will be supporting Apple TV Plus at launch through its smart TVs.

It's also worth mentioning that Apple Plus has been compared to Disney's upcoming streaming service, Disney Plus. But it looks like even though they might compete in the streaming space, Disney Plus will still be available via Apple TV. Spotify makes it easier to sing along on your phon ... CRAZY INVENTIONS THAT WERE MADE BY USUAL PEOPLE ...