Best Android phones 2020: which Google-powered phone should you buy?

Because Android is such a popular smartphone operating system, this list has a lot in common with our list of the best smartphones overall. This is a list of simply the best Android phones out there.

If you want to work out what the best Android phone to buy is based on your budget and needs then you’ve come to the right place. We’ve fully tested and reviewed all ten phones on this list and judged their displays, cameras, battery life and more to decide which we think is best.

The sheer number of hugely different smartphones running Android is the operating systems' biggest asset, from budget devices to camera whizzes and premium powerhouses, and even foldable phones, running on Android.

This list collects all the big names, from Samsung and Google to the increasingly-prevalent Chinese manufacturers like Huawei, OnePlus and Oppo. There are loads of variations in screen size, processing power, camera capabilities and more, which makes finding the best Android phone for you pretty tough.

This list is being updated all the time, with the Google Pixel 4 XL the latest addition. If you want the best of the best in 2020, you might want to wait to see if the Samsung Galaxy S20 or Huawei P40 Pro make the list - they are due out in February and March respectively.

We also expect a Sony Xperia 2 and OnePlus 8 Pro soon enough, battling to contend with the best. It’s a tough Android world out there, but rest assured - below are the current ten best Android phones in the world.

To help find the most fitting Android phone for you, we've rounded up the best Android handsets out there today, rating the phones on hardware performance, OS upgrade potential and, of course, how shiny and nice they are to have and boast about to work colleagues.

So here they are - the best Android phones money can buy today. 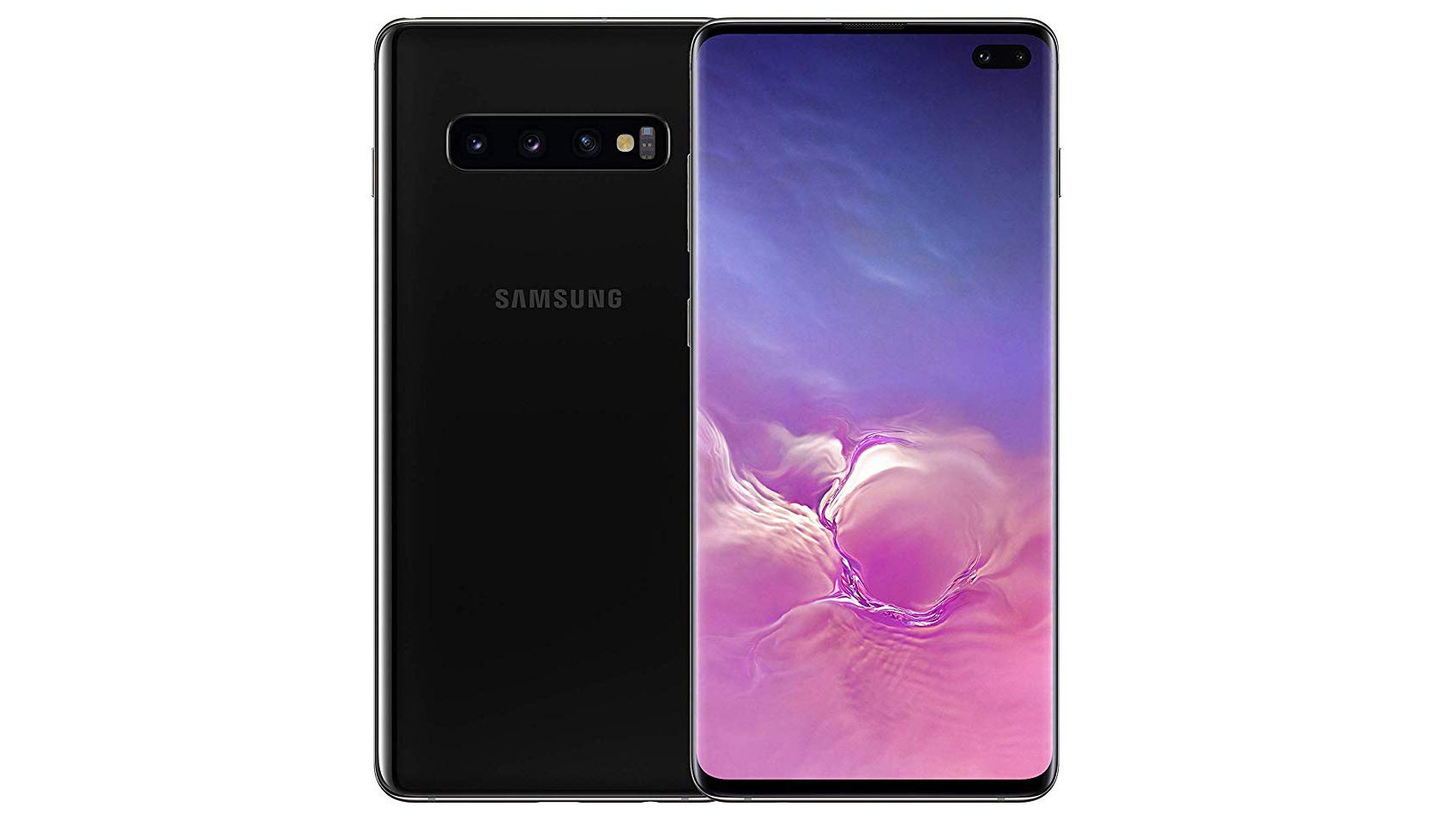 The Samsung Galaxy S10 , and in particular the plus-sized S10 Plus, is the best Android phone you can buy right now, packing the best of what Samsung has to offer.

It's a big phone that's designed for big hands - and it takes the very best of what's on the smartphone market and puts it together in a compelling package that we've loved testing.

The Super AMOLED display has been measured as the very best around, with super colours, plus there's a fingerprint scanner embedded in the display.

Battery life is an improvement over the S9 Plus, thanks to the larger battery inside, and you also get Samsung's new Wireless PowerShare, allowing you to wirelessly charge other devices on the rear of the handset.

The trio of cameras on the rear of the Galaxy S10 Plus are among the best on the market, offering more features, shooting modes and overall clarity. 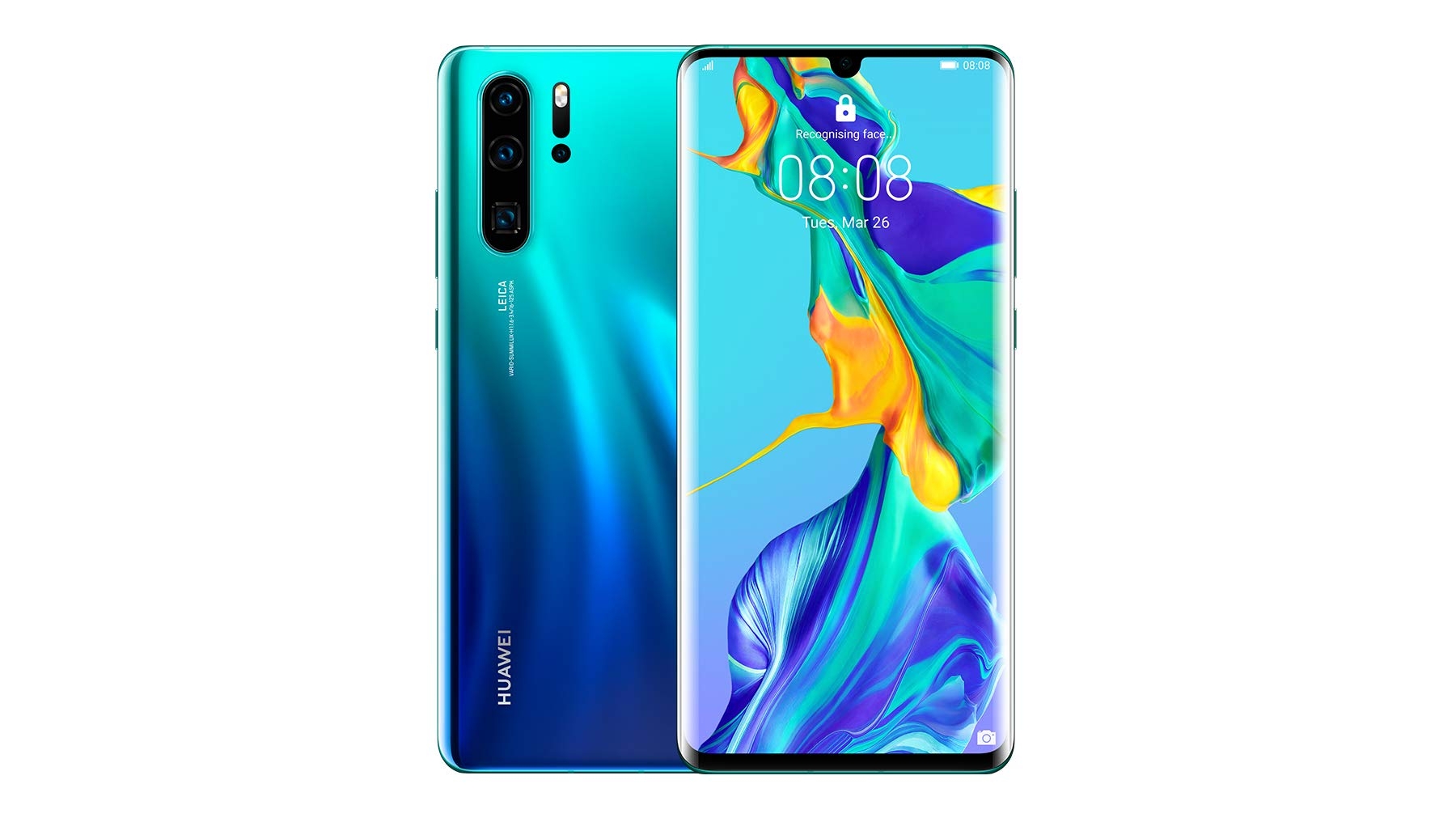 The Huawei P30 Pro could be the best Android phone we've used when it comes to photography. Its 5x and 10x zoom capabilities are staggeringly good. It also performs fantastically well in low light.

For those who really want to get up close to their subject, the P30 Pro also offers a 50x digital zoom, and although quality is reduced it's still impressive.

You also get plenty of power under the hood, an in-display fingerprint scanner, premium design and wireless charging with the ability to wireless charge other devices from the back of the P30 Pro.

It's a top, top Android phone and only narrowly misses out on top spot due to the Galaxy S10 Plus' overall slicker and more rounded smartphone experience. 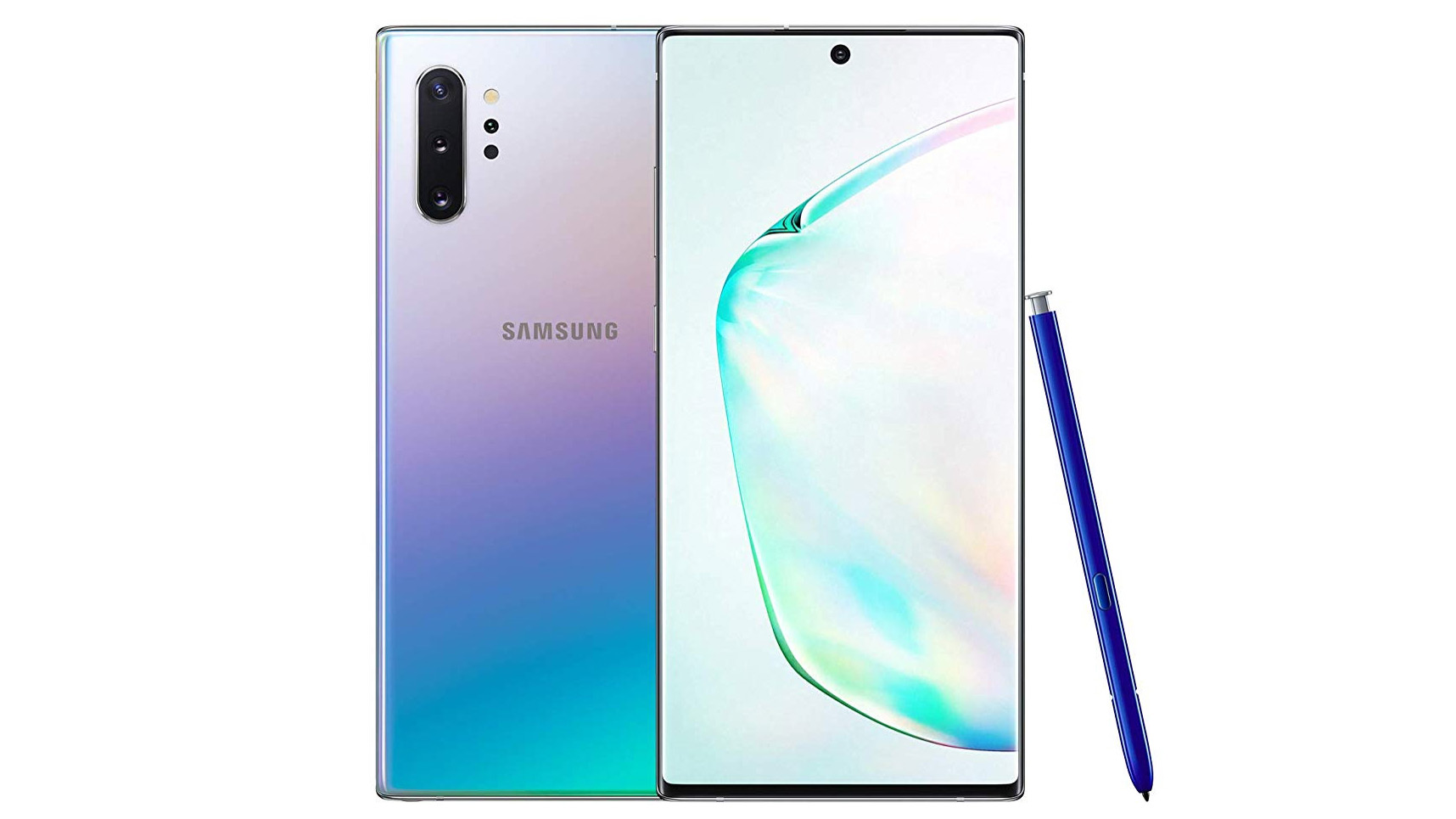 While the Samsung Galaxy Note 10 Plus may not top our list of the best Android phones, that's only because it's a bit too niche to recommend to everyone, with its huge price tag and S Pen stylus.

There's a lot to love in Samsung's Note phablet, from its beautiful 6.8-inch screen to the powerful selfie camera and the S Pen stylus which transforms your smartphone experience.

Sure, the cameras aren't as good as the Huawei P30 Pro, and the body leaves a bit to be desired with its huge frame and slippery design, but this is still a great smartphone if you can stomach the price. 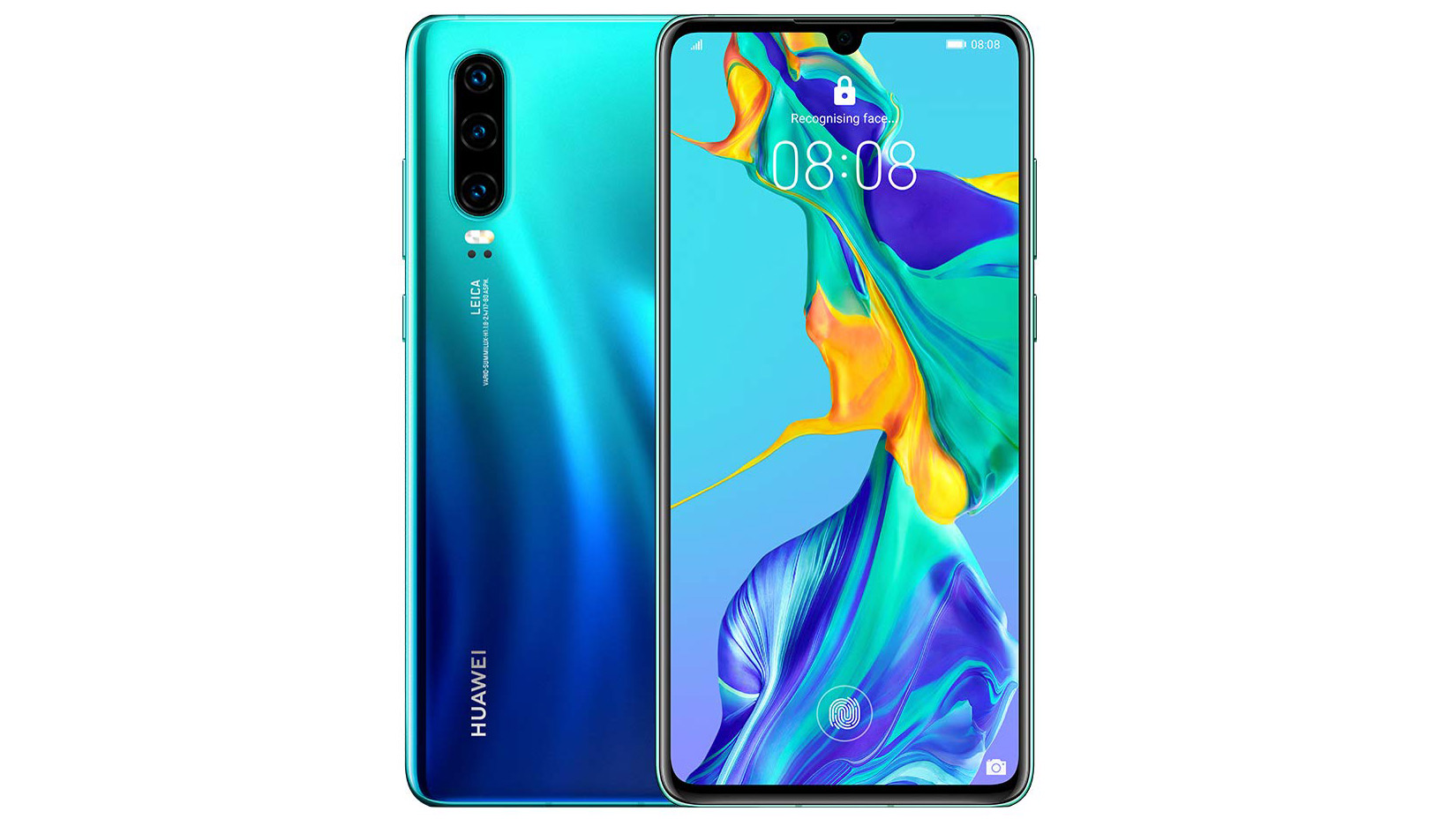 What's this? Another Huawei phone in the top ten? Your eyes do not deceive you, the Huawei P30 really is sixth in our best Android phone rundown.

It has a smaller screen than the P30 Pro, and makes do with just the three rear cameras (rather than four) and a maximum zoom of 30x, but it's still a great Android phone.

There's heaps of power, a handy headphone jack (something the Pro can't boast) and a more manageable form factor for one-handed use. And of course, it's a little cheaper too. 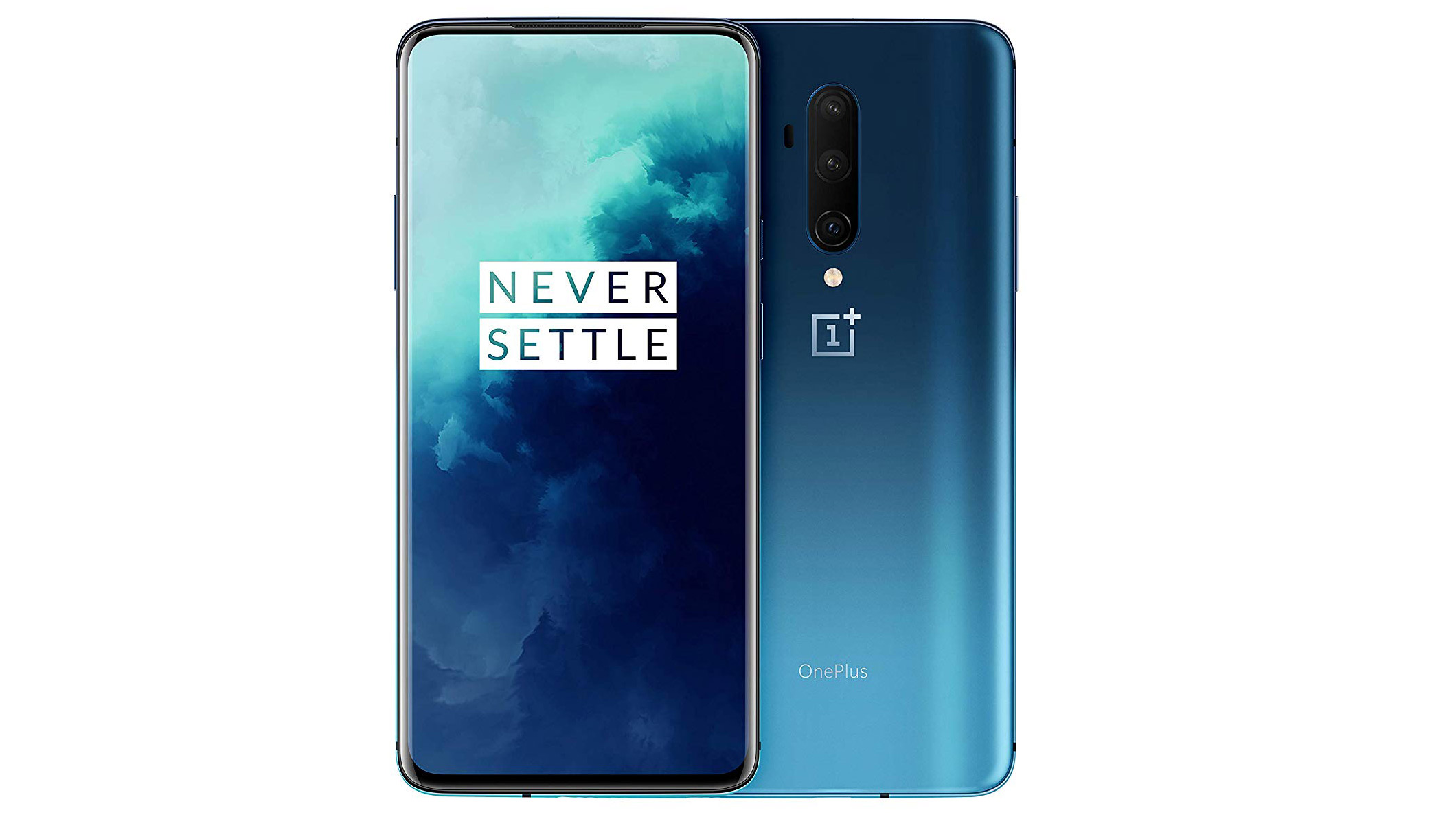 OnePlus is a Chinese manufacturer that's been making better and better phones, and this is its second handset that's got into our top Android phones list, after the OnePlus 7 Pro. The 7T Pro is a small step up over that handset, but a small step up over a great handset is still a good thing.

The OnePlus 7T Pro has an impressive rear camera array and a front snapper housed in a pop-up section. It also has a beautiful 90Hz display, that makes gaming and scrolling through social media that much more enjoyable.

Sure, OnePlus have yet to introduce useful technologies into its phones like wireless charging, and the camera isn't as good as some of the others higher on this list, but it's still one of the best Android phones you can buy without breaking the bank. 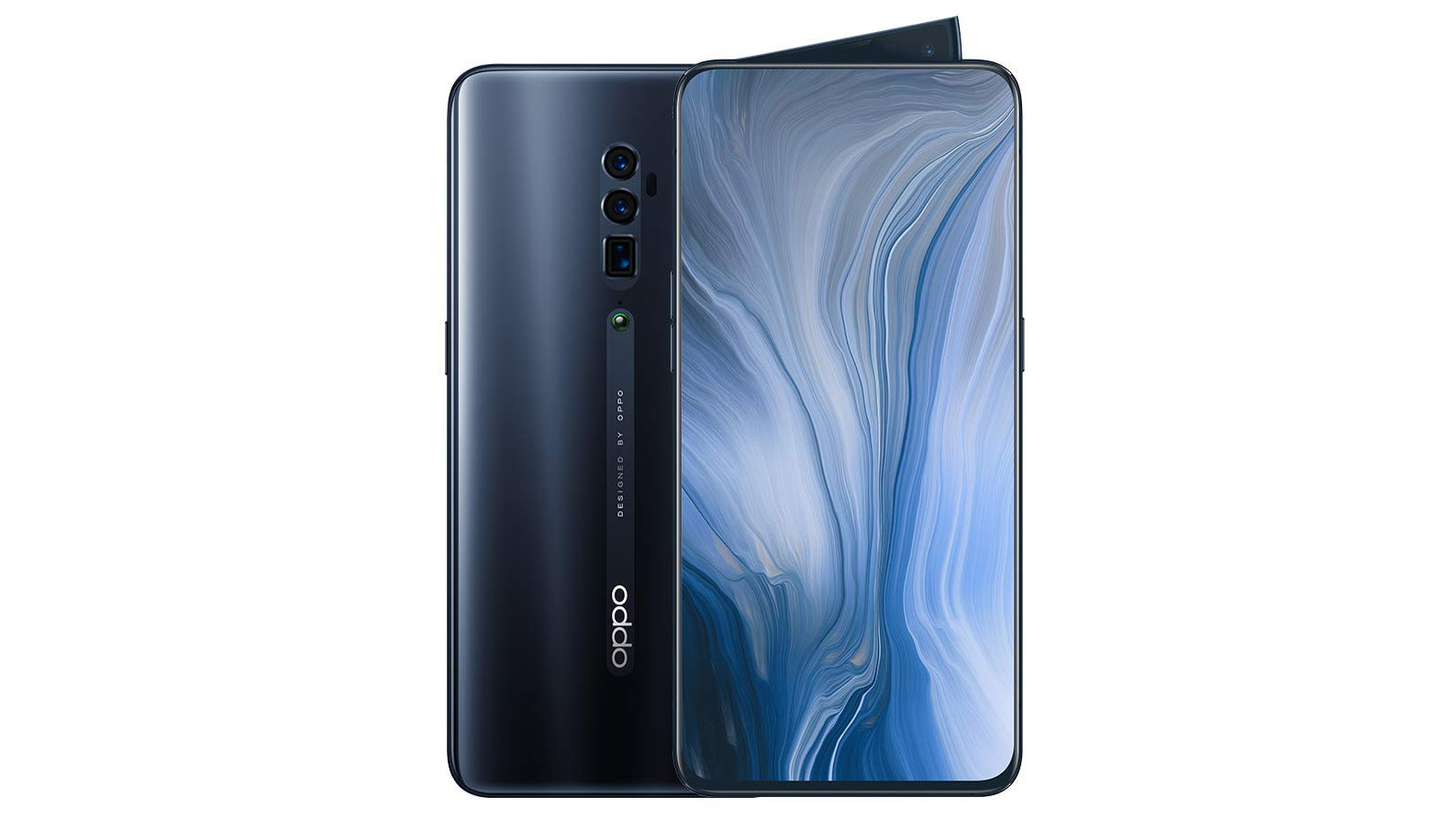 This is the first time a smartphone from Oppo has made the cut for our best Android phones list – but the Oppo Reno 10x Zoom deserves its place, with a phone that's as powerful as it is novel.

With three powerful cameras that facilitate up to 10x hybrid zoom and 60x digital zoom, as well as a range of fantastic modes to enhance your photography, the Reno 10x Zoom is one of the best non-Huawei phones for photography. It also has a great design, and it stands out from other Android devices.

The pop-up selfie camera is one of the most intriguing features though, as it's a novel solution to the front-facing-camera problem that pops up in a 'shark-fin' form. It's a unique look that means the Reno 10x Zoom stands out from the crowd.

The handset isn't higher on this list because there are a few issues with it, like the heavy weight, questionable UI and because the name is a little misleading (as it suggests there's 10x optical zoom, not hybrid). Still the device should be one of your first inquiries if you're looking for a great camera phone without breaking the bank. 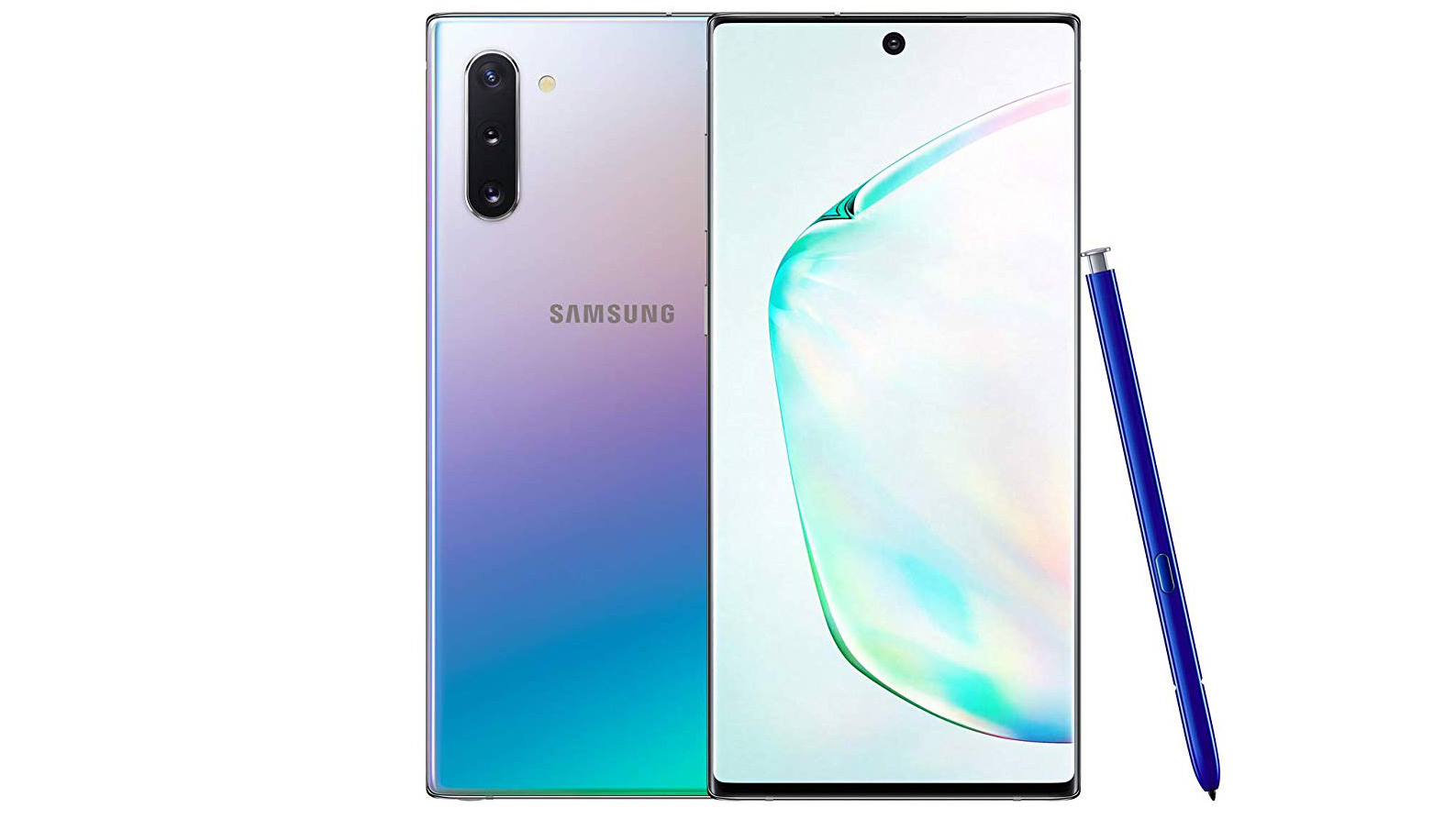 The 'basic' Galaxy Note 10 loses a rear camera from its bigger sibling, and has a lower res display less RAM so it's not exactly as powerful in a few ways.

At its core though, the Galaxy Note 10 is the same device as the one sitting at our third slot on this list, with an S Pen stylus, good-looking design, and all of Samsung's software, so if the price of the Note 10 Plus puts you off, this is a great alternative. 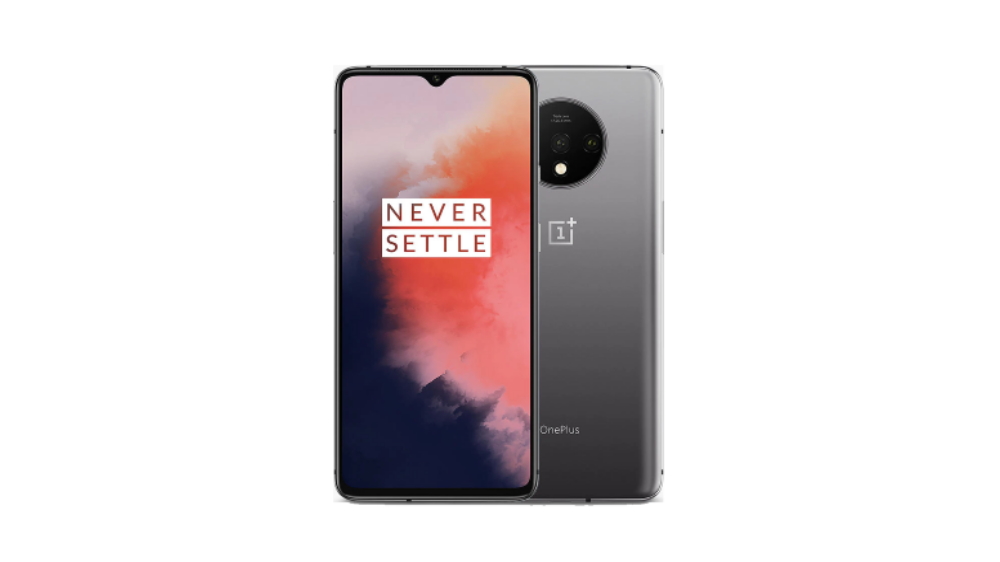 Many of the top Android phones on this list are plus-sized versions, or premium handsets, but the OnePlus 7T is neither; it's just a great Android phone that's made its way onto this list because of its great features.

There are three powerful rear cameras, a beautiful AMOLED display with a 90Hz refresh rate (which is almost unheard of at its price point) and you get an all-around impressive user experience when you're using it.

It's not going to blow you away when you put it head-to-head against any of the other smartphones on this list, except in one regard: price. The OnePlus 7T is supremely affordable, and so it's worth picking up if you want a phone on this list yet can't afford the huge monsters that precede it. 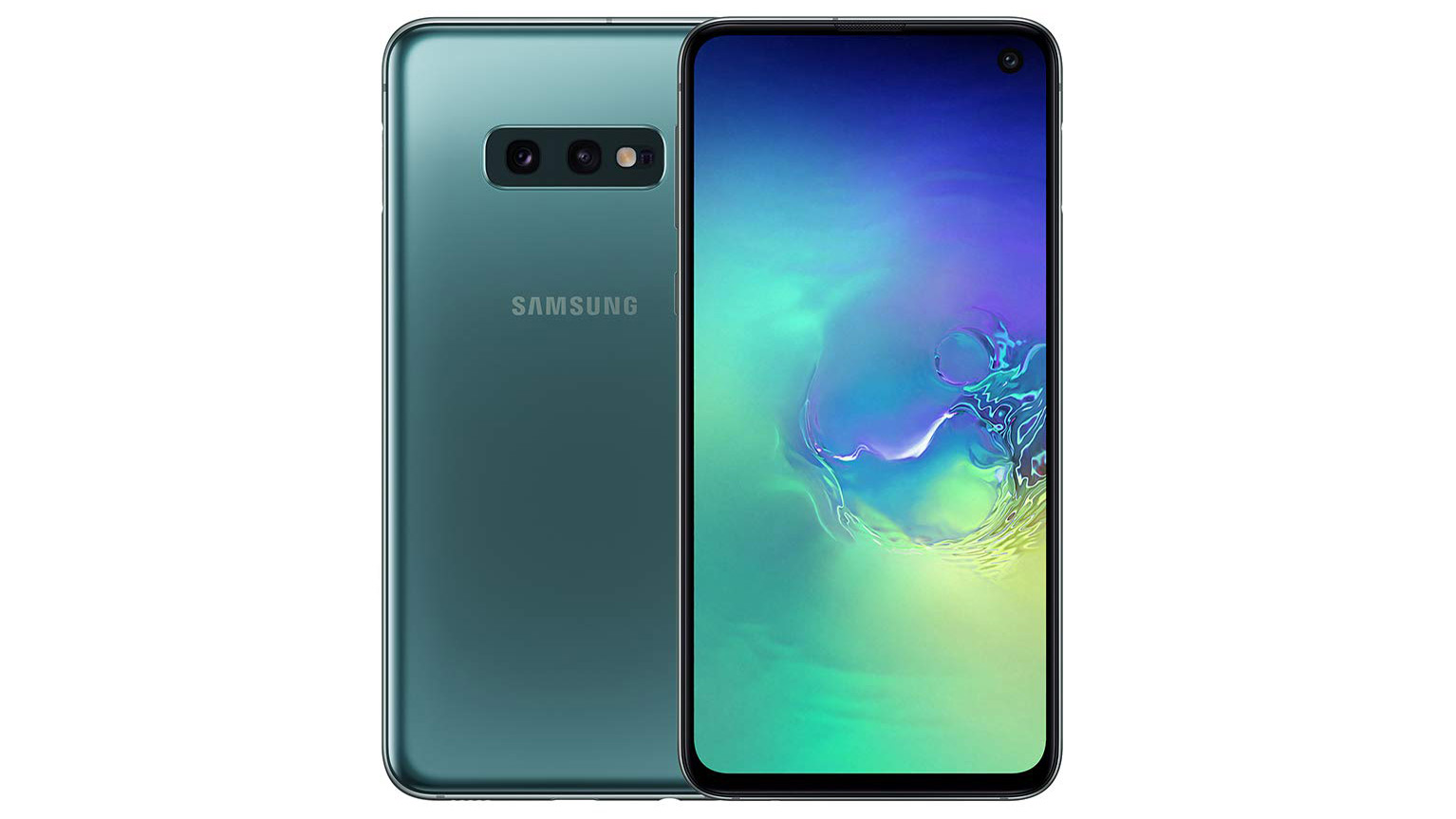 Like the look of the new S10 and S10 Plus, but not a fan of their lofty price tags? Well fear not, as Samsung has catered for you with the Galaxy S10e.

The Galaxy S10e has many of the flagship features of its pricier siblings, while offering a more palm-friendly size and a few compromises to help keep the cost down.

It’s hard not to recommend the S10e to anyone who prefers a smaller phone. Size queens, look elsewhere - this smartphone is for folks who want to text and browse apps one-handed without compromising performance. 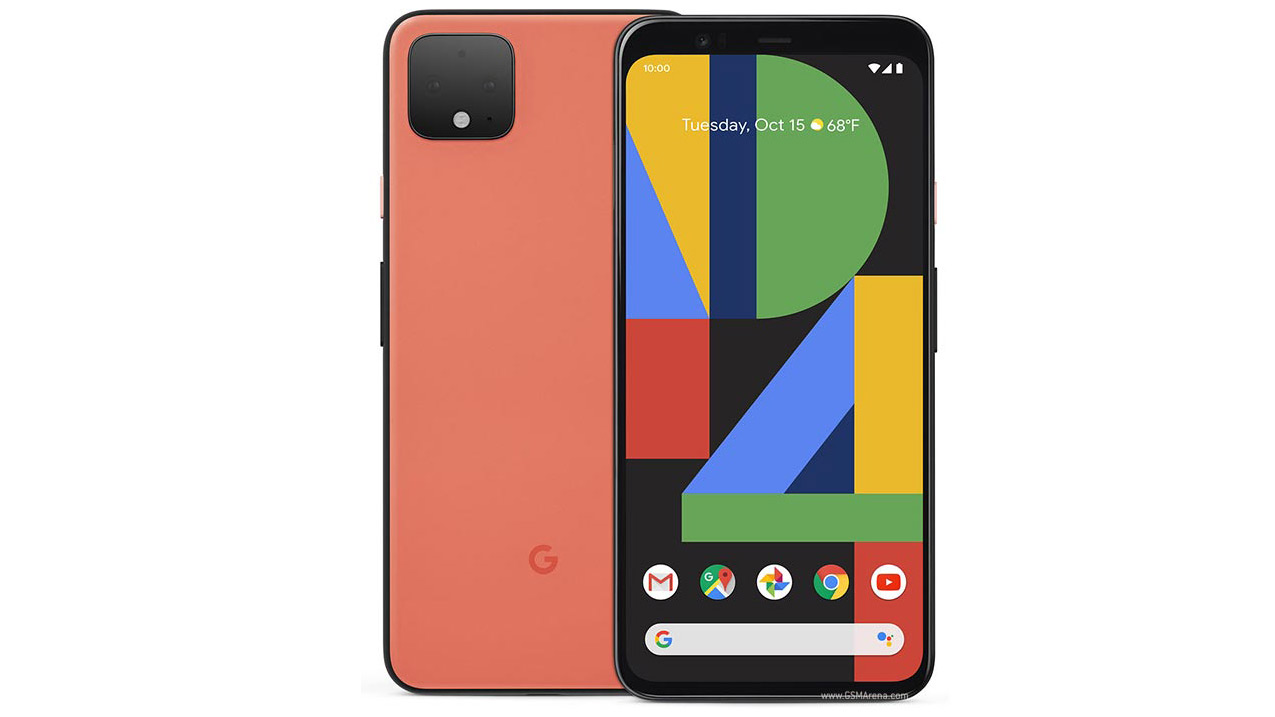 The Google Pixel 3 series of phones got high on this list, but only the Google Pixel 4 XL made the cut of Google's 2019 offerings, due to a few problems introduced, like the fact there's only face unlocking, and low storage options.

That being said, this is still one of the best Android phones you can buy right now, thanks to Google's fantastic software. It can tell what picture you're taking to enhance it, work out what apps you use frequently to pre-load them for you, and the Google Assistant is more intelligent than ever.

It's also a very simple device, and when more handsets are trying for novelty over simplicity, with pop-up cameras, stylus and foldable phones soon, that's a good thing. 10 Netflix series to save you from boredom while y ... US finally prohibits ISPs from charging for router ...

SUBMIT YOUR SITE TO SEARCH ENGINES IN 3 EASY STEPS ...
Monitoring and Amazon CloudWatch? ...