Purchasing the best PC you can afford is perhaps one of the most important investments in your life, especially if your computer is vital to your day-to-day productivity, personal life or family. Lucky for you, computers are more powerful than ever before, so there’s a lot to choose from.

These days, the strongest contenders for the best PCs pack powerful 8th- and 9th-generation processors, as well as super high-end graphics cards from Nvidia (some with real time ray tracing) or AMD. These best PCs will demolish every computing task that comes their way. However, the best PC can also mean the one that offers the best value to performance ratio. It might not be an absolute workhorse, but it’s plenty powerful for what you need.

Whether you’re looking for an all-in-one desktop powerhouse, a future-proof or easily upgradeable tower, or the most robust machine rocking the latest and greatest PC components, like fast SSDs, more RAM and possibly even the best graphics card, you’ve stumbled into the right place. You’ll certainly find something on our list of the best PCs.

Best computers at a glance

The Dell XPS Tower looks unremarkable, like that PC your parents used to have hidden away underneath the desk when you were a kid. However, its no-nonsense chassis hides quite a selection of exciting internals. One of the best PCs right now, the Dell XPS Tower is packed with up to an RTX 2070 graphics card, a 9th-generation Intel Core processor, and a large hard drive and/or SSD. This special edition PC configuration is only available in the US. However, UK and Australian readers can grab the regular Dell XPS Tower and then add similar upgrades, though there are some limitations such as the graphics card options topping out with the GTX 1060.

The Surface Studio 2 isn’t going to compare well against most PCs, but that’s only because it was never designed to compete with them in the first place. This device is meant for the digital artist or other visually-focused content creators, and even with aging parts, it’s still the most robust digital drafting table on the market. It boasts a bright, vibrant display, and improved specs next to its predecessor. If you’re a digital artist or a content creator who’s visually-focused, this is the best computer for you.

If you want an excellent desktop experience, but don’t have a lot of desk space, then Intel Hades Canyon NUC may just be ideal for you. This small bare-bones PC has an absurdly fast 8th-generation Intel Core i7 processor and discrete-class AMD Radeon graphics. Adding some RAM and storage to the mix, and you will be conquering the best PC games without breaking a sweat. It won’t compete against a full-sized desktop, but when you’re short on space – or you want a PC that looks like a set-top box – this is one of the best PCs to consider.

While costing a pretty penny when souped up, the Alienware Aurora R8 has all the makings of a powerful gaming PC, including 9th-generation Intel Core chips and some of the best Nvidia GTX and RTX graphics for gaming. This model has been succeeded by the Alienware Aurora R9, which boasts a cool-looking exterior, but their specs are practically comparable. Only, the R8 will set you back a couple of hundred dollars/pounds less, giving you more for your money. Get ready to be impressed by this PCs’ 1440p gaming performance.

If that cool, slimline design and that Corsair One name aren’t enough to convince you to upgrade to this latest offering, then the Corsair One Pro i180’s breathtaking performance should. This is among the most powerful desktop computers we’ve ever had the pleasure of testing, albeit the most expensive as well – so get a hammer and break that piggy bank. This will more than handle your favorite AAA games, as well as see you through your creative workload quietly and without breaking a sweat. And, it’s reasonably upgradeable as well, making it future-proof.

Read the full review: Corsair One Pro i180

It’s easy to think of Apple computers as overpriced, but your bank account will be spared if you jump on the Mac mini bandwagon. The Mac mini 2018 is a small form-factor PC that looks adorable and also packed tight with high-end desktop parts. And, that’s all for a much more accessible price than any other Mac on the market, making it a great buy for anyone who already has a slew of Mac-ready peripherals or for a Mac fan who doesn’t have the budget for a Mac Pro. What’s more, unlike many of Apple’s recent products, the Mac mini is relatively upgradeable – you can boost your memory up to 64GB of RAM.

Some people have issues with desktop PCs, as they’re often rather bulky. The Intel Core Compute Stick has made that irrelevant. Looking more like a thumb drive than an actual computer, this tiny renegade can connect to any monitor with an HDMI input. Its base starts with a lowly 1.33GHz Intel Atom processor running Linux, but can be configured up to an Intel Core m5 processor. This is one of the best PCs, but one that you can literally slip in your pocket, whether you need to get some work done during your daily commute or squeeze in some PC time while you’re traveling.

As a designer, if you don’t fall in love with Lenovo Yoga A940’s thoughtful design, then we don’t know what will. This innovative all-in-one desktop boasts a stunning 27-inch 4K UHD display with up to 25-degree tilt, pen support and a rotating hinge for stability. It’s full of impressive features as well, like the Lenovo Precision Dial that you can attach on the left or right side of the hinge, whatever feels most comfortable for you and your process. And, unlike the best Macs, it offers 100% Adobe RGB support, an LED light at the bottom of the screen and even wireless smartphone charging. If you’re a content creator or designer, and you’re looking for an AIO that allows you a truly seamless workflow, this is the best computer for you.

Unfortunately, what does hold Lenovo Yoga A940 back are its less powerful, slightly aging internals. If you want an all-in-one powerhouse that absolutely blows you away in terms of performance, then the iMac Pro is the best computer for you. This AIO designed specifically for professionals and creatives may not be super rich in features, but it’s got a lot to offer where it truly counts. That includes its vibrant 27-inch 5K display with a P3 wide color gamut, mind-blowing Radeon Pro Vega graphics, and plenty of memory for all your exacting workloads. Just be prepared to shell out a bunch of cash, as this doesn’t come cheap.

Despite its tiny size – it’s so small, it doesn’t even have its own chassis, the Raspberry Pi boards have proven themselves to be utterly capable little machines, surprisingly capable of handling everyday productivity tasks like word processing and spreadsheets. And, with the Raspberry Pi 4 Model B, we see this powerful computer getting the fantastic update it rightly deserves. Finally, the Raspberry Pi line gives you a desktop computer and a platform to experiment and create.

Bill Thomas and Gabe Carey have also contributed to this article Apple AirPod alternatives: these are the best true ... 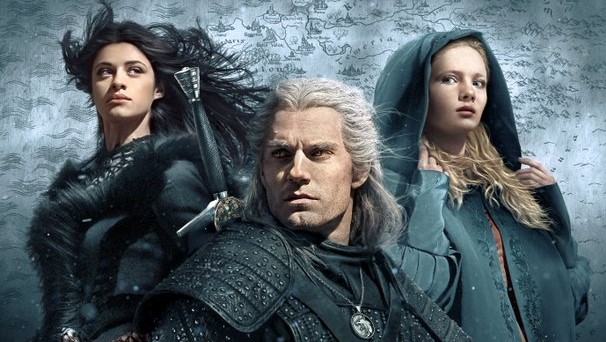 The Witcher on Netflix: everything you need to kno ...

The Lovebirds reportedly skipping theaters a ... New Zealand vs India live stream: how to watch 3rd ...