Best e-bikes: electric bikes and hybrids for all occasions

Like the freedom of cycling but sometimes wish your panniers seemed lighter, the headwind less stiff, and the hills not quite so steep? Fancy arriving at your destination fresh and presentable rather than sweaty and rumpled? Then you’re already lusting after an e-bike.

For commuting, grocery-getting, or leisure riding, electric bikes deliver on the promise of carefree cycling that geography and fitness sometimes conspire to derail. Combining transport and exercise, a little electric assistance can keep the balance right, ensuring your new bike is an ever more viable alternative to public transport or hopping in the car.

Allowing riders to tailor the assistance they receive, from a gentle push to a full-on shove, the majority of electric bikes work on a pedal-assist basis. Meaning there’s no throttle, you’ll need to turn the cranks before the motor adds in the extra power. Assistance is also limited to modest speeds, above which you’ll need to do all the work yourself.

Coming in a range of different styles, unless you’re already into road racing or mountain biking, some form of hybrid bike will suit most riders. With versatile types, most are happy on tarmac or gravel paths, instantly comfortable to ride, and will fit accessories like racks and mudguards.

From fast city commuters to multi-terrain capable machines and innovative electric folders, in no particular order, we’ve rounded up five of our faves. 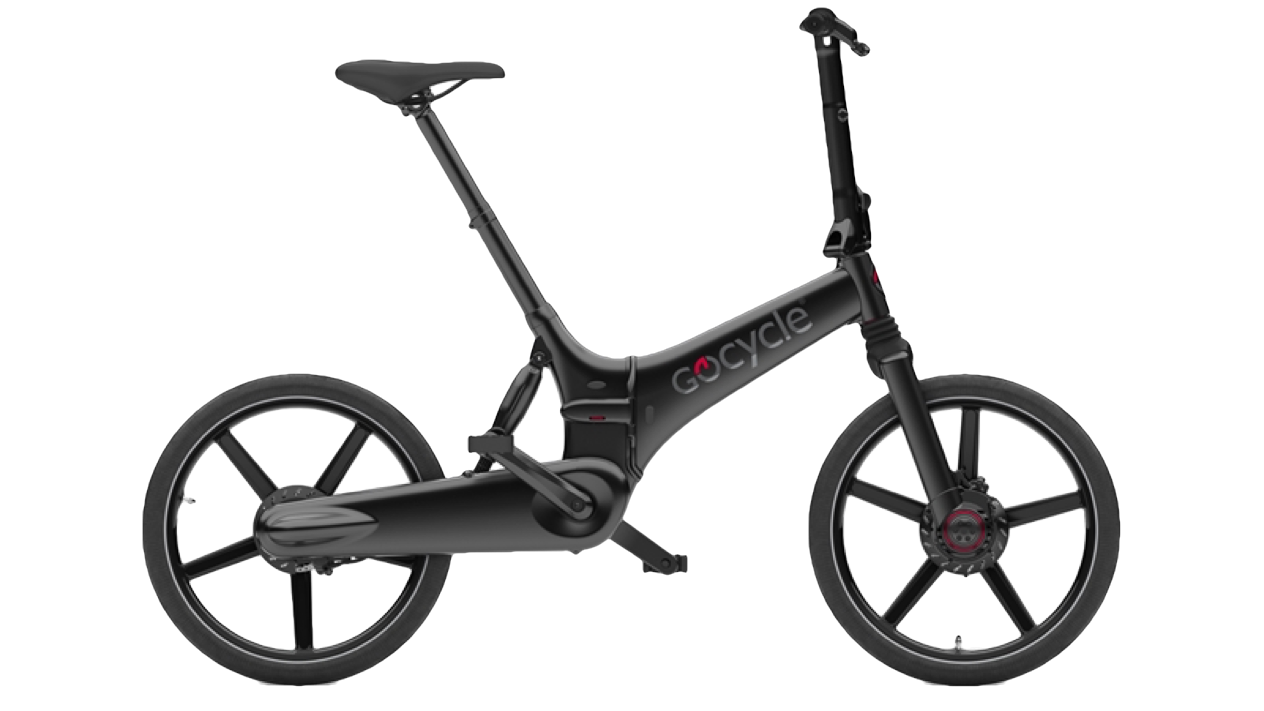 Where to start with the radical Gocycle? For one, it folds, but it’s not a standard ‘folding bike’, being good enough to ride that we’ve put it in with these full-sized alternatives. Then there’s the radical frame that includes a mono sided fork and rear swingarm.

With hydraulic disc brakes, magnesium spoked wheels, enclosed chaincase, tiny front hub motor, and internal three-speed gearing, none of these are gimmicks. Adding up to one incredible bike, even without the power on it rides nicely. Switched on, its motor assist is excellent, while the bike’s app lets you customise its performance to the Nth degree.

About the only downsides are the slightly idiosyncratic handling created by the small 20-inch wheels, along with the way some of the tech may baffle home-mechanics. 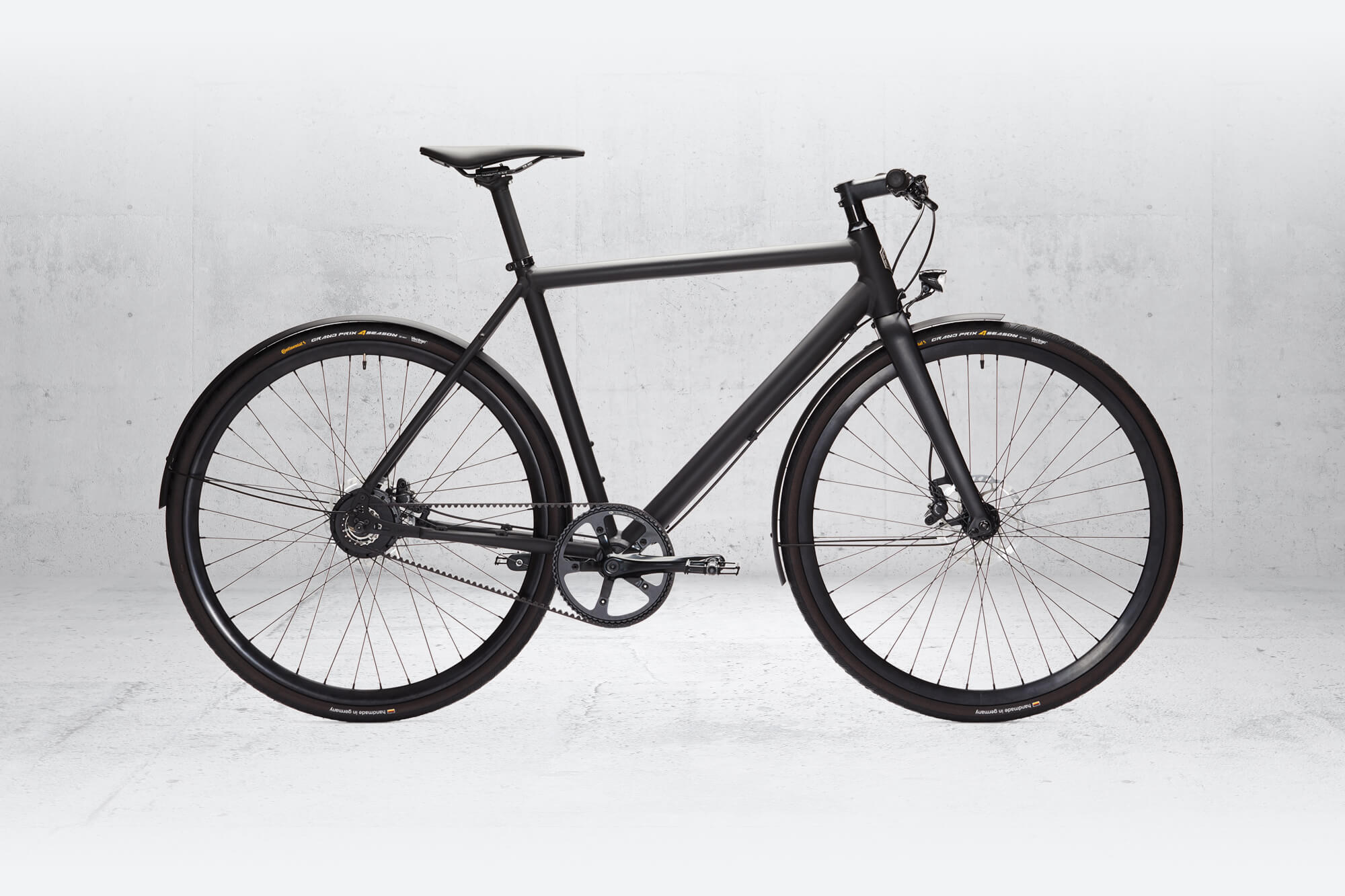 Easy to mistake for a conventional bike, the Curt features stylish looks, great extras, and a superb kit-list. With a hub motor and concealed battery, the bike’s lights are also neatly integrated.

Using skinny racing tyres and a fairly low front end, it’s ideal for nippy city riding, or longer trips where efficiency is a concern. Its parts all back this up, with light wheels, superb hydraulic disc brakes, and great contact points.

Also available with derailleur gears, we were happy enough with this single-speed version. Even with one gear, the Curt is so fast it sometimes seems to be playing against type, and we often found ourselves pedalling faster than the limit imposed on UK e-bikes, causing the motor to cut out. 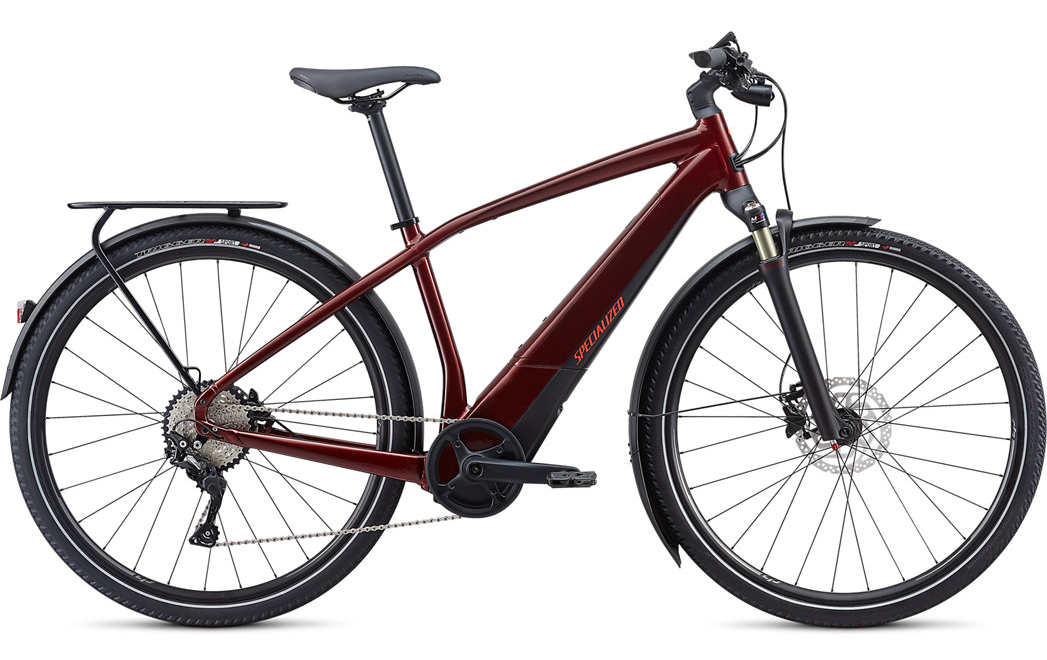 Almost like a small electric scooter, the Turbo Vado is fully equipped to take the place of a car or motorbike. Equally good on the commute or the grocery run, its rack, lights, and mudguards combine to help you carry your kit in comfort and safety.

With a huge battery and mid-mount motor, the bike’s handling is exemplary, as is the assistance provided. Heavy to carry, riding on road or trail is nevertheless a joy thanks to its multi-terrain capable tyres and suspension fork.

Far outdistancing the other bikes here, the Vado’s huge capacity battery will likely do multiple commutes before needing a recharge. Still, it’s not quite the longest-running on the market; something worth considering if range is your prime concern. 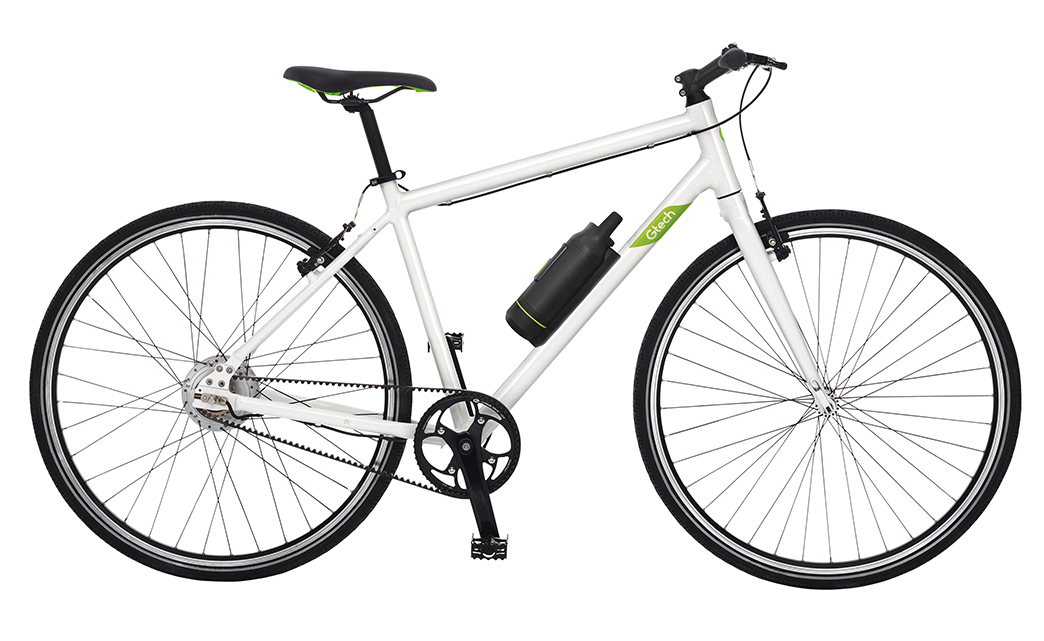 Looking much like a conventional hybrid, the Gtech’s rear hub motor and bottle-style battery are the only hints it’s packing extra electrical assistance.

Using a simple single-speed drive, it employs a carbon belt rather than an oily chain to keep the user clean and maintenance to a minimum. With no display or app connectivity, you push the on-button, select one of two assistance modes, and off you go.

Weighing very little, it’s a fun bike to ride, even if the extra assistance is more subtle than on some models. A great first e-bike, about the only misstep in its spec is the v-style brakes, which will require more regular attention than more modern disc callipers. 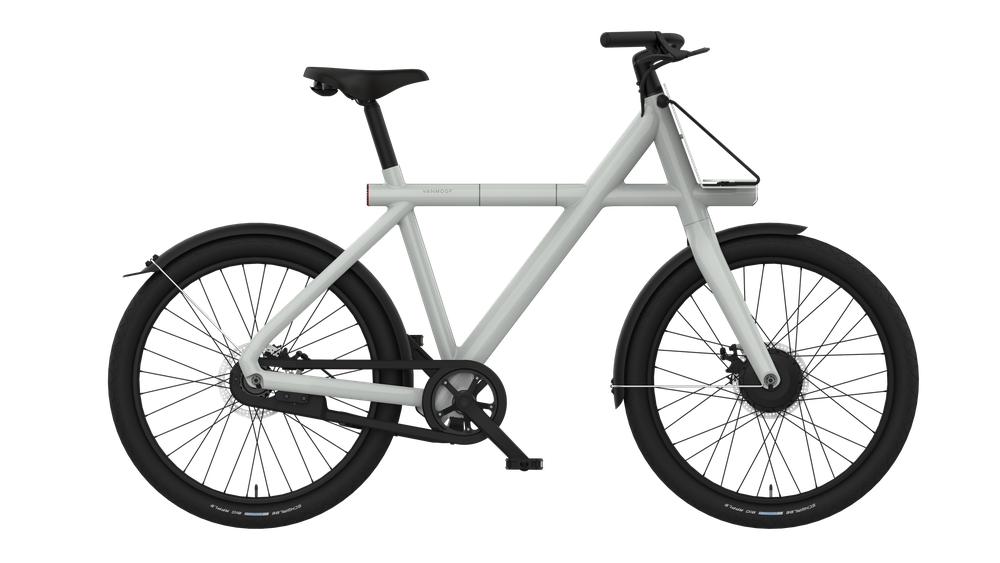 Designed to tempt the urban crowd away from motor vehicles or public transport, the VanMoof is suitably urbane.

Stylish, and with a host of smart features including automatic lighting and an anti-tamper alarm, it can also recognise its owner via their phone or a key fob. Incredibly slick to use, VanMoof even offers a bike retrieval service should yours go missing.

Stately and powerful-feeling to ride, it also manages a decent range. However, its battery is fixed in the frame, meaning you’ll need to bring the whole bike within reach of a plug socket to recharge. It’s also by no means cheap, with a few basic parts on the spec seemingly out of keeping with its high price tag.