Standard shared web hosting packages are cheap and user-friendly, but they're also slow, inflexible, and don't have the power or functionality that professional and business users often need.

If you need more than a basic host but can't afford a dedicated server or don't want to deal with the complexity of these beasts, VPS (Virtual Private Server) hosting could be a smart choice.

Buying a VPS plan means that you get your very own virtual server environment. You have full control over the operating system, the extensions and apps you install, and all their settings. Each physical server will still host multiple VPS customers, but not as many as with shared hosting, and typically each VPS will be allocated a share of key resources – RAM, storage space, CPU cores – for their use alone.

This can be easier to manage than you might think. Many VPS plans include standard tools like cPanel to help monitor and configure your site. Some hosts will manage the service for you, monitoring for problems like a crashed service, and fixing them as soon as they're detected.

VPS prices and specs vary from a few dollars a month to hundreds, depending on your requirements. There's a lot of choice out there, but don't panic – our list of five best VPS providers will point you in the right direction. 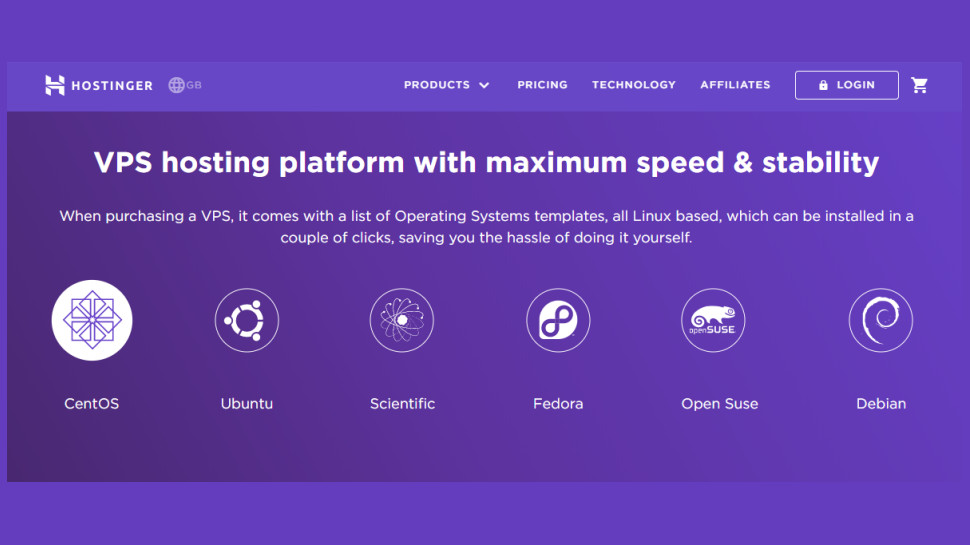 Founded in 2004, Hostinger has been providing a quality hosting service for some time now and their VPS hosting is no different.

All plans have IPv6 support, a dedicated IP, 100 Mb/s Network and a few more additions. Linux users also have plenty of choices. Apart from the usual CentOS, Ubuntu, Fedora and Debian, you can also choose Suse. Windows VPS hosting is available as well, with the plans being more pricier but also more powerful.

If you encounter any problems, there’s a 24/7 live chat service to help you. Hostinger delivers a capable VPS hosting with a very tempting first term price, and with all plans being fully refundable, everyone can try out the service. 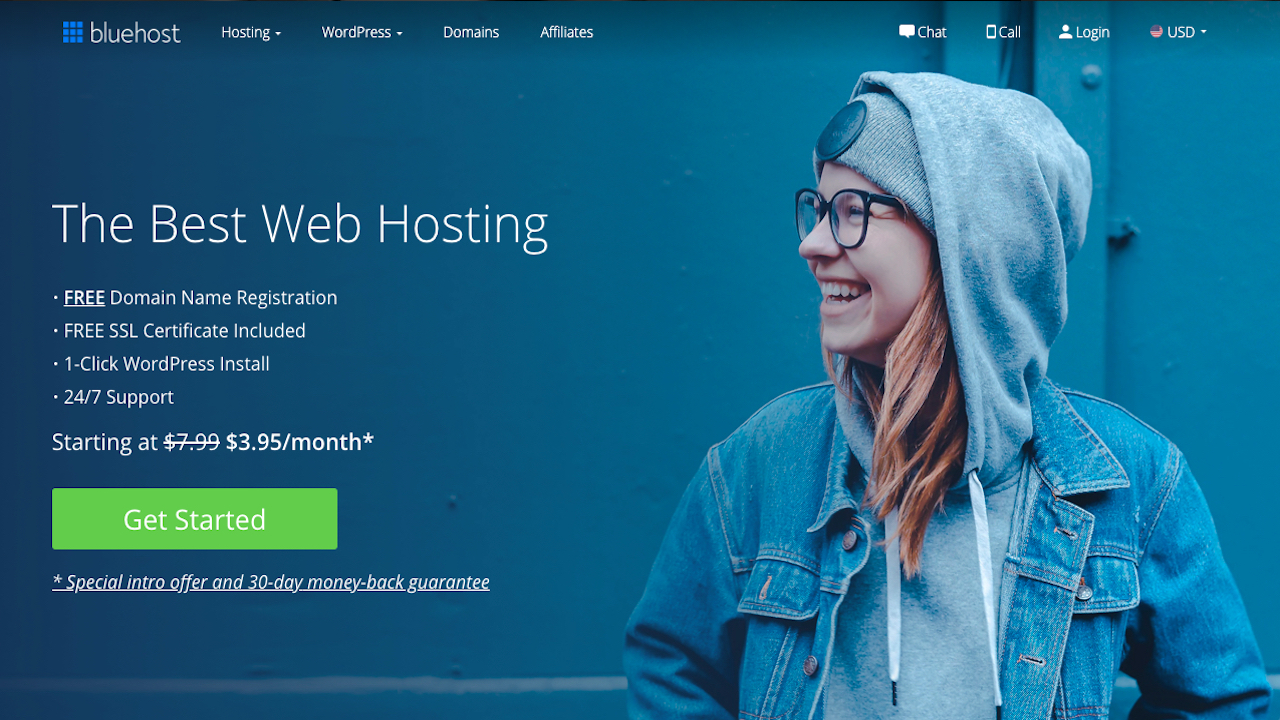 Bluehost has been around for quite some time and always offered powerful plans for a variety of users, and their VPS range is no different.

All plans come with a free SSL certificate and a 1-year domain. You also get unlimited subdomains and email accounts, and cPanel is included too. Domain privacy and protection, and SiteLock are categorized as optional add-ons, so you’ll have to pay extra if you need them.

Support is available 24/7 so if you encounter any difficulties you’ll be able to call them at any time of the day. All in all, Bluehost is a capable provider for both newbies and experienced users so they are definitely worth a try.

Check out a few VPS hosting providers and it's easy to be tempted with low headline rates, but don't be fooled – companies use a range of tricks to keep their charges down.

The hardware specs of a starter product are often kept unrealistically low, for instance, to keep the price right down. Important items – backups, cPanel – may be expensive extras. And even then, the headline rate may only apply if you pay for two or three years upfront, increasing dramatically on renewal.

InMotion Hosting is refreshingly different. Its baseline VPS-1000HA-S plan doesn't have the most eye-catching price at $39.99 per month over two years (at the moment of writing, the price dropped to $19.99 due to a sale), but it's easy to see why the company asks this much. The product has a better specification – 4GB RAM, 75GB storage, 4TB bandwidth, 3 dedicated IPs – than some high-end plans from other providers, backups and a cPanel licence are included for free, and there's a 90-day money-back guarantee.

There's an unusual feature in what InMotion calls "unlocked CPU cores". Rather than having access to one or two cores only, you're able to spread your processing load across all cores on the server, a major performance boost for tasks involving a lot of simultaneous processing.

Welcome bonus touches include a feature called Launch Assist, which essentially means you get two hours of free time with one of InMotion's server administrators. Whether you need to change domain settings, configure cPanel, migrate WordPress or database files, they can help you get the job done.

Put it all together and you're getting a very capable set of VPS hosting plans. If you'd prefer a package that comes with unexpected surprises, rather than hidden catches, we'd give InMotion a try.

Some VPS hosts focus on first-time users, others go for big business, but Hostwinds does its best to appeal to everyone with no less than 10 different VPS hosting plans.

The low-end Tier One plan looks a little underpowered to us, with just 1GB RAM, one CPU core, 30GB of disk space and 1TB traffic. But it's cheap at $4.49 per month, and you can extend it significantly without spending a huge amount (adding basic server monitoring and cloud backups costs an extra $6 a month for both).

Meanwhile the top-of-the-range Tier Ten product gets you 96GB RAM, 16 CPU cores, 750GB storage and 9TB of traffic for an initial $296.09 a month. You probably don't need anything like that, but this does show there's plenty of scope for upgrading your site over time.

Every plan has some appealing configuration options. In particular, along with support for the usual Linux variants – CentOS, Ubuntu, Fedora, Debian – you can choose Windows Server 2008, 2012 or 2016 for only a $5 a month premium. That's very good value, and if you're more familiar with Windows than Linux, it could save you from lots of management hassles later on.

Liquid Web is a premium web hosting provider which has been offering top quality managed solutions for more than 20 years, and now handles 500,000 sites for more than 32,000 customers worldwide.

The company doesn't try to beat the competition on price, instead focusing on delivering comprehensive products which will deliver quality results.

The cheapest Liquid Web plan may cost $59 a month (you can reduce that to $29 a month by going annual), for instance, but that gets you 2GB RAM, 40GB storage and a very generous 10TB of bandwidth.

There are lots of configuration options. Instead of just telling you that you're getting CentOS 7, Liquid Web allows you to select CentOS 6, Debian 8, Ubuntu 14.04 or 16.04, and often with multiple options of their own: cPanel, Plesk, CloudLinux and more.

This is a managed product, too. Liquid Web fully supports the base operating system, and the support team will proactively restore failed services as soon as they're detected. Getting a managed VPS with other providers could cost you an extra $30 a month, or more.

If your VPS still has issues, there's speedy 24x7x365 support from knowledgeable professionals who will do their best to solve your problems at speed.

Liquid Web may not have the most appealing headline prices, but it's still cheaper than many others considering the features you get, and the excellent support will help keep your site running smoothly down the line. Ethics and VPN: the industry needs to aim higher ... Garmin fitness trackers up to 60% off in massive s ...