Breath of the Wild 2 release date, news and trailers for the next Zelda game

Dust off your climbing boots and paraglider, gamers: Nintendo has confirmed that a The Legend of Zelda: Breath of the Wild sequel is in development, with a breathtaking trailer pointing to a darker turn for the next mainline Zelda game.

But what will Breath of the Wild 2 do differently from the first game, and when will we finally get our hands on it?

Nintendo dropped the bombshell at the end of its E3 2019 presentation – via an online-only keynote, given Nintendo doesn't host its own presentation in person anymore – confirming our suspicions after the Japanese publisher appeared to be hiring for a 3D level designer last year.

Breath of the Wild was a masterclass in open-world game design, breathing a huge gust of fresh air into the Zelda franchise while somehow retaining everything that made the series special. Widely considered one of the best games of 2017 – if not all time – it's no surprise Nintendo is working on a direct sequel.

And it may release sooner than expected, with a leak suggesting we may see Breath of the Wild 2 as soon as 2020.

It's still early days, but here's everything we know – and want to know – about Breath of the Wild 2 for Nintendo Switch.

[UPDATE: The developer recruitment drive for Breath of the Wild 2 continues. Read on to find out more.]

Breath of the Wild 2 release date

Nintendo hasn't shared much information other than the trailer and a few sparse comments – run through below – but the trailer did close off with a line stating the Breath of the Wild sequel was "in development". We certainly won't see the game being released in the coming months.

However, according to leaker Sabi (via wccftech), Breath of the Wild 2 is due for release in 2020. But, as Sabi points out, "Zelda release dates are historically delayed, internally or publicly".

While it's always worth taking rumors with a big pinch of salt, Sabi is a pretty reliable leaker. The Twitter user leaked most of the big announcements from E3 2019 before they happened – reportedly even earning himself a cease and desist order from Nintendo.

Breath of the Wild 2 trailers

We got our first glimpse of BOTW 2 at E3 2019, with this spooky trailer that shows Zelda and Link exploring an underground chamber – with some mysterious runes, glowing hands, and a brand-new haircut that has set the internet on fire. Suffice to say: we're excited.

The Legend of Zelda: Breath of the Wild 2 trailer is just 82 seconds long and there's no dialogue whatsoever – but there are some clues to be gathered from it.

It features a torch-carrying Link and Zelda traversing a dark dungeon beneath Hyrule (no big surprise there). Spirit-like tendrils creep around the musty tomb they're exploring, with the pair riding a large elephant-like beast. Something shocks the pair, and then we cut to what appears to be the resurrection of some long-dead (and creepy looking) warrior. Could this be the return of Ganondorf?

The video then cuts to a long shot of Hyrule Field, with Hyrule Castle in the distance. There's a tremor, the castle is smothered with dust... and that's the end.

The clip finishes with a message that reads: "The sequel to Legend of Zelda: Breath of the Wild is in development."

We wouldn't usually expect so much animation to be done so early in development, but it probably helps that Nintendo already has the in-game engine from Breath of the Wild.

Breath of the Wild 2 news and rumors

The development of Breath of the Wild 2 is rolling along and updates are very thin on the ground at the moment. But according to a report by Video Games Chronicle, the game's co-developer Monolith Soft is looking to expand its team with adverts for a character modeler, concept art designer, map modeler and scenario planner for a new Zelda game. Hiring extra hands for the development of such a highly-anticipated game can't be a bad thing and suggests that the teams are working hard on getting the game ready for whatever the as-yet-unrevealed release date is.

Nintendo is attempting to entice developers on its careers site with images that show how the development team put together the E3 trailer for Breath of the Wild 2. The images don't give much away but it's interesting to look at for fans invested in the development process.

We haven't seen much from the game since this trailer but some are hoping that, like the original Breath of the Wild, the sequel could make some kind of appearance at the upcoming Game Awards in December. We don't have long to wait to find out if that's the case.

A 2020 release date?
According to leaker Sabi (via wccftech), Breath of the Wild 2 is due for release in 2020. But, as Sabi points out, "Zelda release dates are historically delayed, internally or publicly".

More hiring calls
There hasn’t been much information around Breath of the Wild 2 since it was confirmed so naturally fans have been clamouring for a hint of where the game might be in its development.

The latest hint comes from a Nintendo Japan tweet regarding some job listings for a “scenario planner” and a “level designer” for the game. The fact that such core roles are still being filled suggests that the game is still in the fairly early stages of development and isn’t likely to be a 2020 release. We can’t know for certain, of course, until Nintendo confirms an exact release date but we’re inclined to say later rather than sooner.

All the DLC that never was
In an interview with Kotaku, Zelda series producer Eiji Aonuma said there were originally plans for more DLC content for BOTW, after The Champion's Ballad and Master Trials add-ons that came in 2017.

"Initially we were thinking of just DLC ideas," says Anouma. "But then we had a lot of ideas and we said, 'This is too many ideas, let’s just make one new game and start from scratch.'"

A darker turn for the series
All we really know at this point is how little we know. But boy are there rumors. The unexpected trailer has already sparked a huge amount of speculation, hopes and hot takes on what the next mainline Zelda title might include.

We've heard from Zelda series producer Eiji Aonuma that the game is going to have a darker tone than Breath of the Wild, and will even be "a little bit darker" than Majora's Mask (via IGN).

The trailer certainly supports this, with what looks like Ganondorf's corpse being resurrected by a disembodied hand, and seemingly imagery from 2006's Twilight Princess, which saw Hyrule turned into a bleak shadow realm – largely in response to the far cheerier and cartoonish The Legend of Zelda: Wind Waker.

The Twilight realm
The glowing blue hand in the trailer is the biggest clue that we'll be seeing more of the Twili – shadow people descended from Hylians who tried to take the power of the Triforce for themselves. The hand is wrapped in twisting shapes reminiscent of Twilight architecture, while the swirling magic could remind some of the portals that let Twili invade Hyrule in the 2006 game.

We know that BOTW's dev team originally toyed with the idea of an alien invasion, and seeing shadow creatures teleport out of the sky could well have been what they have planned this time around.

A clue in the audio
Showing just how far some Zelda fans will go, reddit user u/ReroFunk (via Inverse) has pieced together a pretty convincing theory regarding Twilight Princess villain Zant, a Twili who served Ganondorf in the game. If you listen to the trailer's audio in reverse, there are certain notes that seem to echo the music played during your final encounter with Zant – who, while defeated, is adamant he'll return through the power of his "god".

u/ReroFunk also suggests we could see the demon king Demise return for the next Zelda game. Demise was the final boss in Skyward Sword, and revealed to be the original form of Ganondorf. The below still from the Zelda trailer also looks a lot like Demise when you think about it.

Lots of dungeons (and an extended map)
The latest rumors about the Breath of the Wild sequel suggest that we could be in for a treat in the form of a new map that's not like anything we've seen from Zelda before. What's more, a couple of new job listings suggest that Nintendo is looking for people to work on designing some dungeons and hidden bosses for the game – so far, so exciting.

Zelda's turn in the spotlight?
One of the favorite fan theories doing the rounds regards the Hyrule princess herself. She's shown in the trailer with a practical short haircut, and is dressed in a manner pretty similar to Link's own adventurer's gear – leading some to think she may be a playable character.

Zelda's devs have seemed pretty dismissive of the idea of a female Link in the past – sadly – but we may in this game see sections playing as Zelda, or at least with her playing a more active role in the story.

Breath of the Wild 2: what we want to see

The Legend of Zelda: Breath of the Wild is widely considered one of the best games in the series, and there'll be a lot of pressure to deliver a game not only as good – but also good in its own way. Here's what we're hoping Nintendo will be able to bring to the sequel when it lands.

Some new environments
Don't get us wrong: Breath of the Wild 2's setting was beautiful, with huge scale vistas and a brilliant dynamic weather system, but we're still hoping we don't have to retread too much of the same ground. Some divergences in the scenery would help to keep things fresh: maybe a great earthquake splitting the landscape, or an eternal twilight turning Hyrule's green fields into something else altogether?

Save data carrying over
For those of us who have invested a large portion of time in BOTW, it seems a waste to have to start from zero when powering up the next game – especially if it takes place right after we left off.

Allowing for certain DLC items to carry over, and making reference to your individual decisions in the previous game – such as certain quests you did or didn't complete, or how many Divine Beasts you recruited before facing Ganon – would really help to make the sequel feel like a meaningful extension of the previous game.

Some larger-scale dungeons
Sure, you could technically say that BOTW's above-ground landscape was a dungeon in its own right: packed with enough enemies, treasure and surprises without having to hunker underground. However, the snack-sized shrine puzzles and Divine Beasts never quite recreated the scale and wonder of the Zelda Series' most iconic temples, and it'd be great to see one or two dungeons that really pull out the stops.

No more Korok seeds
For the completionists out there, BOTW's hide-and-seek Koroks were a sweet addition to the game's action. But the reward of a golden turd for collecting all 900 Korok seeds was a bit of an anti-climax – and we really don't want to have to collect all of them all over again. Maybe go with something else next time, Nintendo?

Everything BOTW did so well
Regardless of the above, we're hoping Nintendo sticks close enough to BOTW's formula – open world exploration, destructible weapons, and environmental puzzles – as not to ditch what made the entry so successful. Black Shark 3 specs and variants detailed ahead of ... 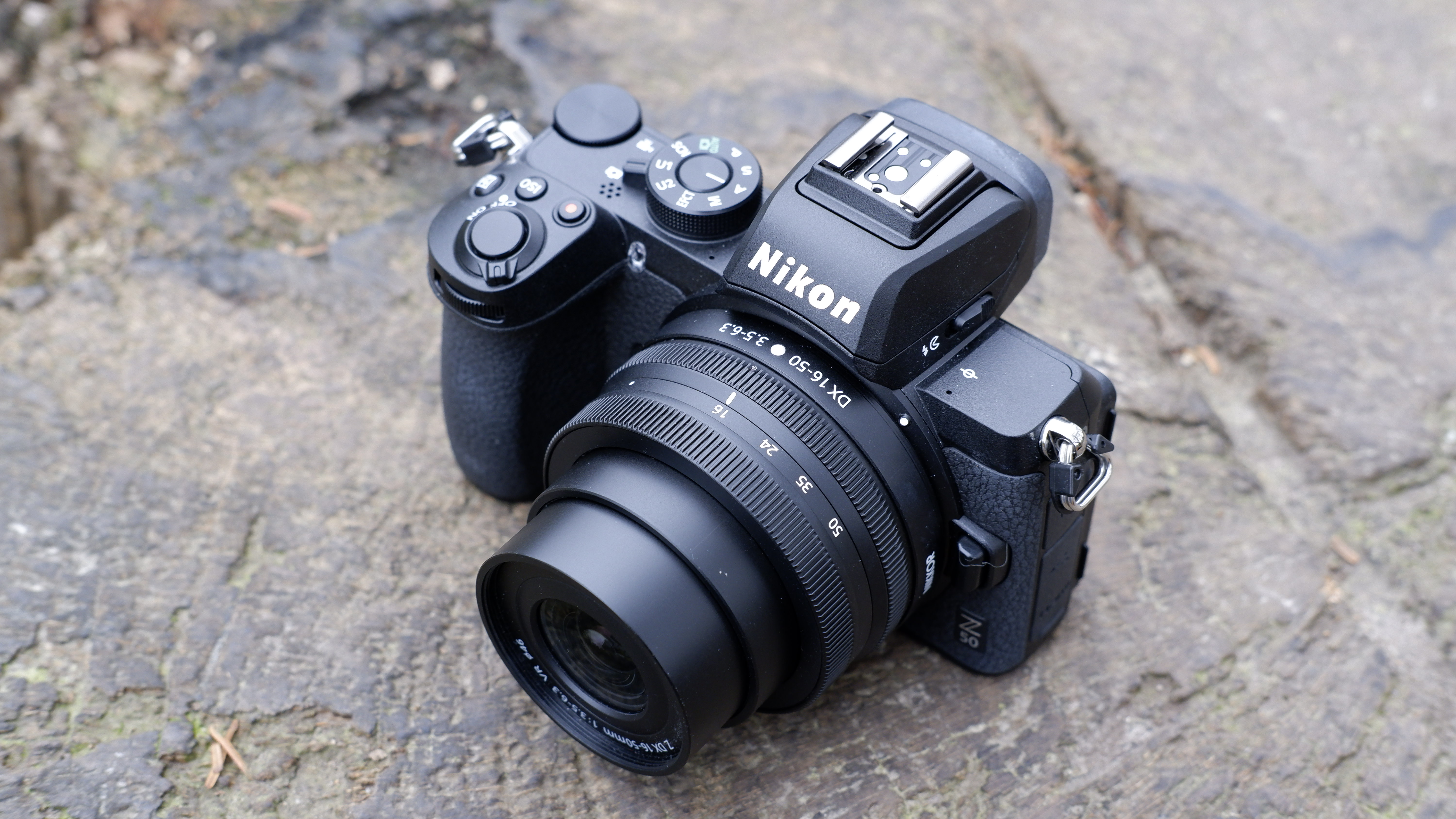 Upgrading PHP to the latest version any System wit ...
Monitoring and Amazon CloudWatch? ...