Calling the shots: the 12 most exciting cameras of the decade

It's fair to say the camera world has changed a bit in the last decade. Back in 2010, our idea of a cameraphone was the Nokia N8 and drones were still military aircraft.

So which photographic trailblazers have got us the most excited in the last ten years? It's a tough choice that had be narrowed down from a longlist of dozens of contenders, but after a fiery debate we've narrowed them down to this list.

Whether they stood out for their design, innovative features or all-round performance, these are the 12 that really rattled our shutters, sharpened our snaps or generally inspired us to reach for questionable photographic hyperbole.

Before we head into the list, it's worth looking at exactly where we've come from since 2010.

At the start of the decade, we still relied on compact cameras for our everyday snaps, while getting excited about features like 3D video and inbuilt projectors (yes, really), which have since fallen by the wayside.

First appearing in 2008, the mirrorless revolution was only just beginning in the early part of this decade. By the end of it, it’s fair to say that while they haven’t quite killed off the DSLR just yet, the diagnosis is pretty terminal.

There's also been the unstoppable march of the smartphone. Early cameraphones like the Sony Ericsson Xperia X10 and Nokia N8 were surprisingly capable in a hardware sense, with 8MP and 12MP sensors respectively and features like 720p video at 30fps.

But it's the computational photography spearheaded by Google's Pixel phones that has really taken smartphones well beyond compact cameras and into the territory of so-called 'enthusiast' cameras. Of course, there are still many reasons to buy a dedicated camera, whether it's DSLR or mirrorless, not least the image quality when viewing or printing photos at larger sizes than a phone screen.

Over the next decade, though, we expect smartphones to further challenge the traditional camera, DSLRs to become a thing of the past, and for prices to come down as the technology starts to plateau.

Until then, here in chronological order are the 12 cameras, phones and drones that have taken photography to new heights in the last decade... 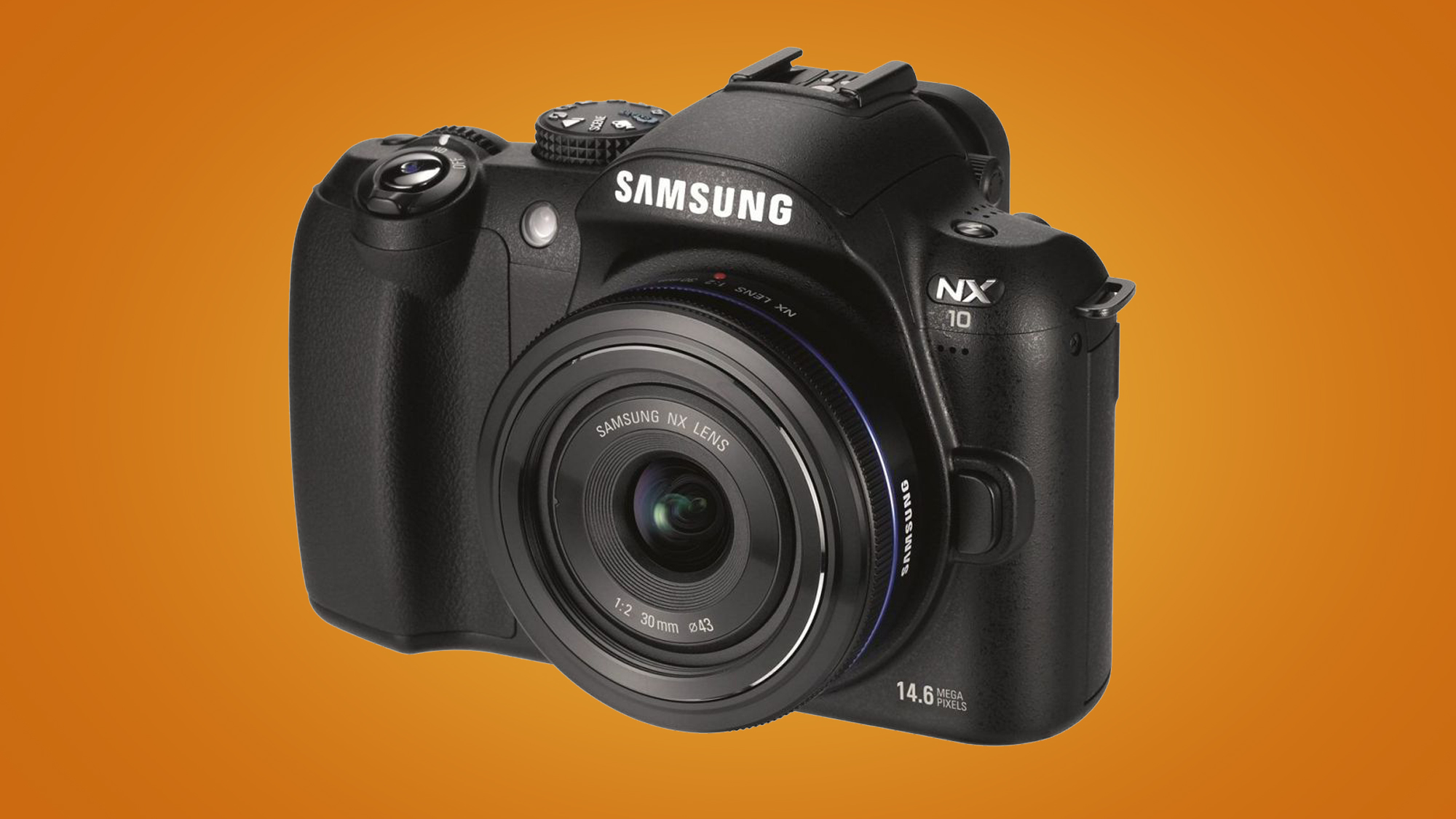 Why it was exciting: Big sensors come to small mirrorless cameras

You’d be forgiven for forgetting that Samsung was once a big player in digital cameras. You’d also be forgiven for thinking that it was Sony who pioneered the mirrorless APS-C format.

But it was Samsung's APS-C mirrorless cameras that paved the way in this area. The NX10 was the first, bringing a 14.6MP sensor and HD (720p) video recording in a form factor that was reminiscent of DSLRs.

It doesn’t sound like much on the verge of 2020, but in 2010, it gave us a taste of what was to come – even if eventually Samsung bowed out of the market altogether with its last released in February 2015.

Up until then, mirrorless cameras made use of smaller sensors that were inferior to DSLRs – Samsung showed us that a smaller body didn’t necessarily need to be a compromise. 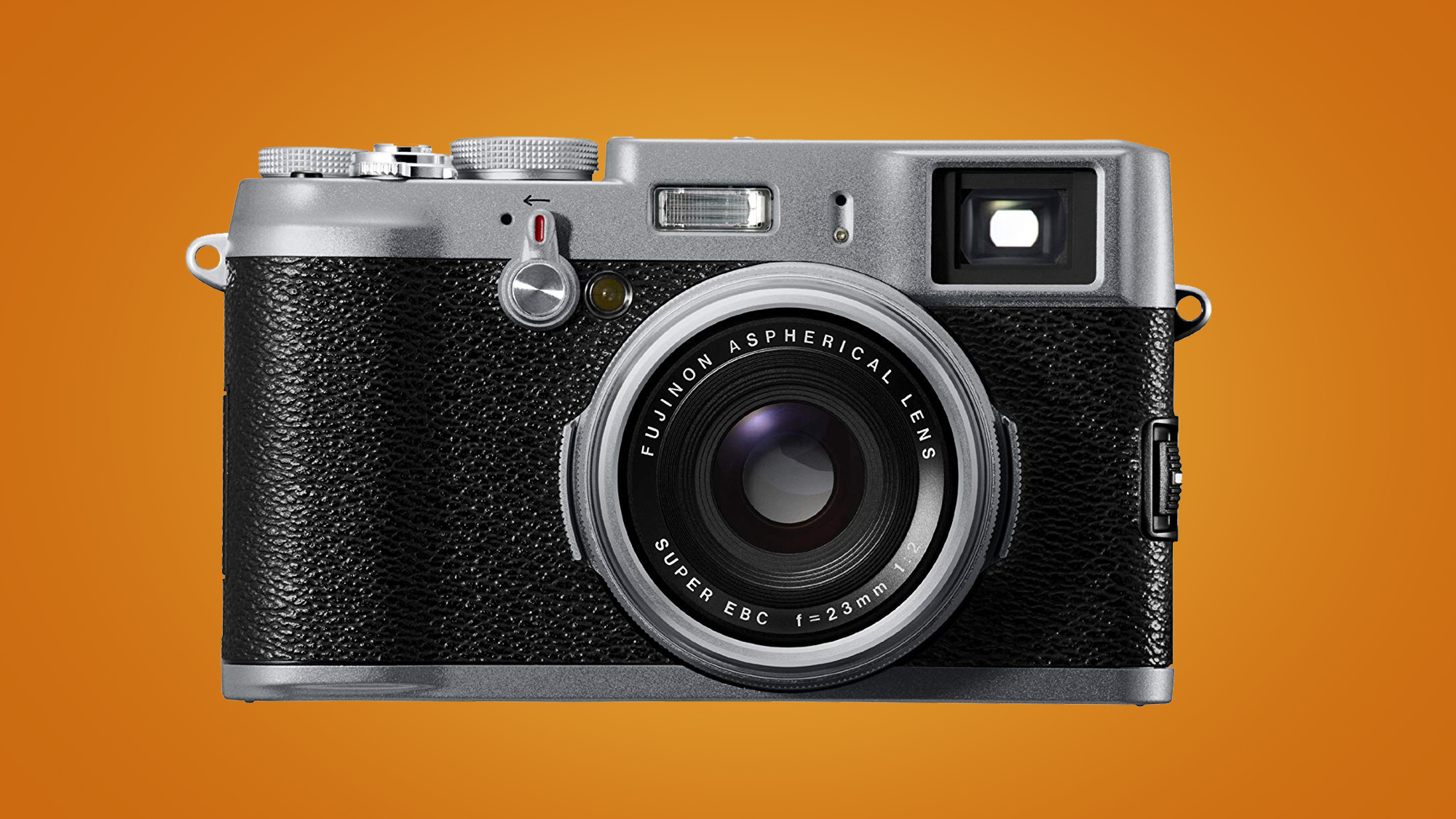 Why it was exciting: Well, just look at it

Back at the very start of the decade, Fujifilm was stuck in the doldrums. Once a giant of film photography, it had lost its way and was pushing underwater compact cameras, 3D technology and other niche products.

Introduced at Photokina in September 2010 and released in early 2011, the X100 is the camera that changed it all for Fujifilm.

Yes, it was still niche – an APS-C sensor in a “compact” camera with a fixed lens and a high asking price – but it showed what the company was capable of. It demonstrated the fantastic image quality that the rest of the X-series has since demonstrated, as well as showing off new technologies that the company had developed, including a hybrid optical / electronic viewfinder.

Today, the X range boasts a large number of different options, which have rightly proved hugely popular with both hobbyists and pros. The X100 is where it all started. 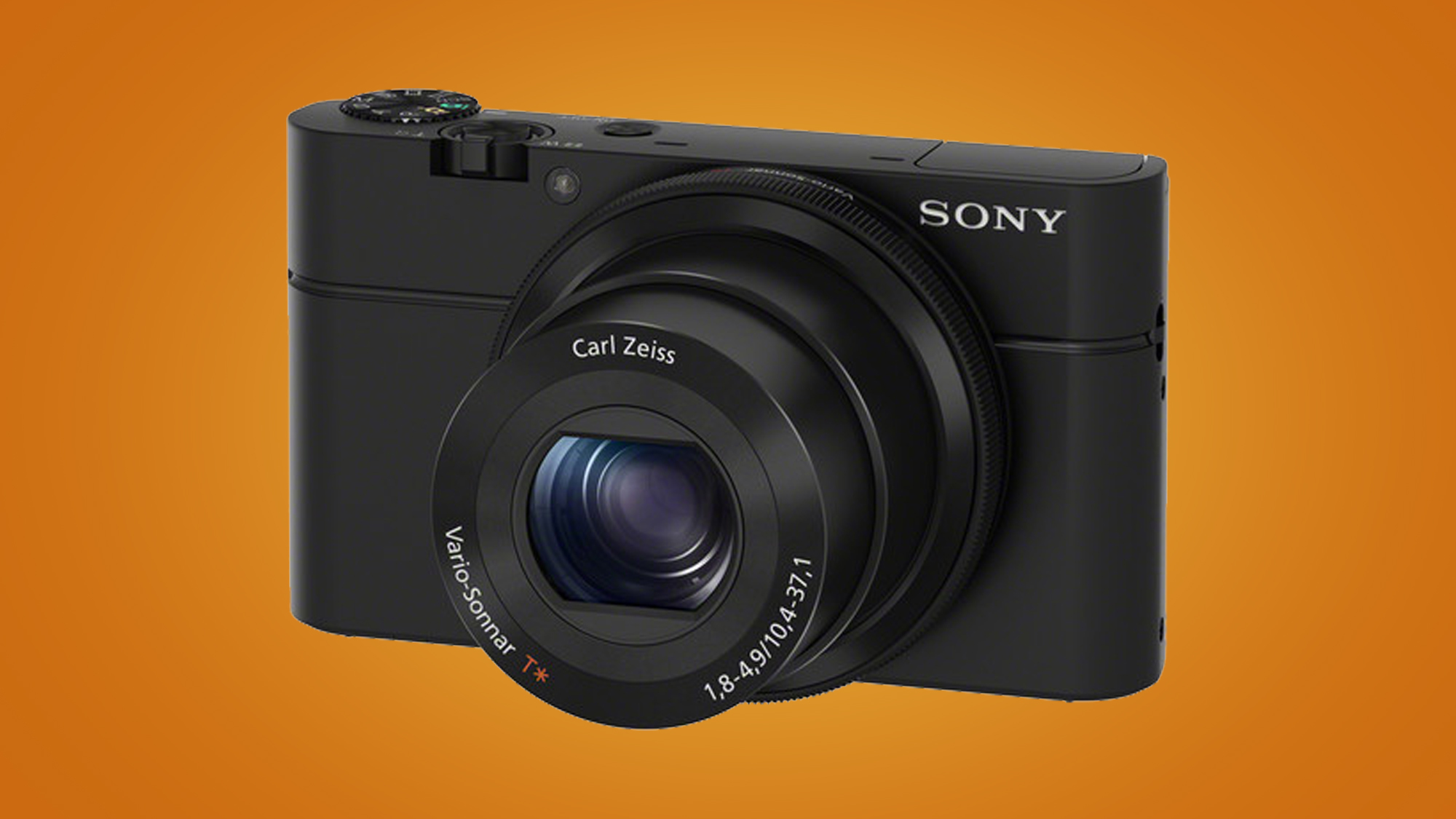 Why it was exciting: The compact camera was reborn

Named as one of the best inventions of 2012 by Time, the original Sony RX100 was a true innovation when it first came to market.

It featured a one-inch sensor inside a pocket-friendly compact camera – something that had not been before. Until then, image sensors inside compact cameras had always been small and low in power.

At this point, Canon had pretty much sole control of the 'premium compact' market, with its popular G and S series models. Here was a new rival which promised to make it much less of a compromise between high image quality and portability.

Such was the popularity of this camera, we’re now in its seventh iteration with the Sony RX100 VII, with a new version turning up pretty much once a year. Over the years, various other innovations have been made, including 4K video, super-fast frame rates, a longer lens and an inbuilt retracting viewfinder – but to this day you can still buy and make good use of the original RX100. 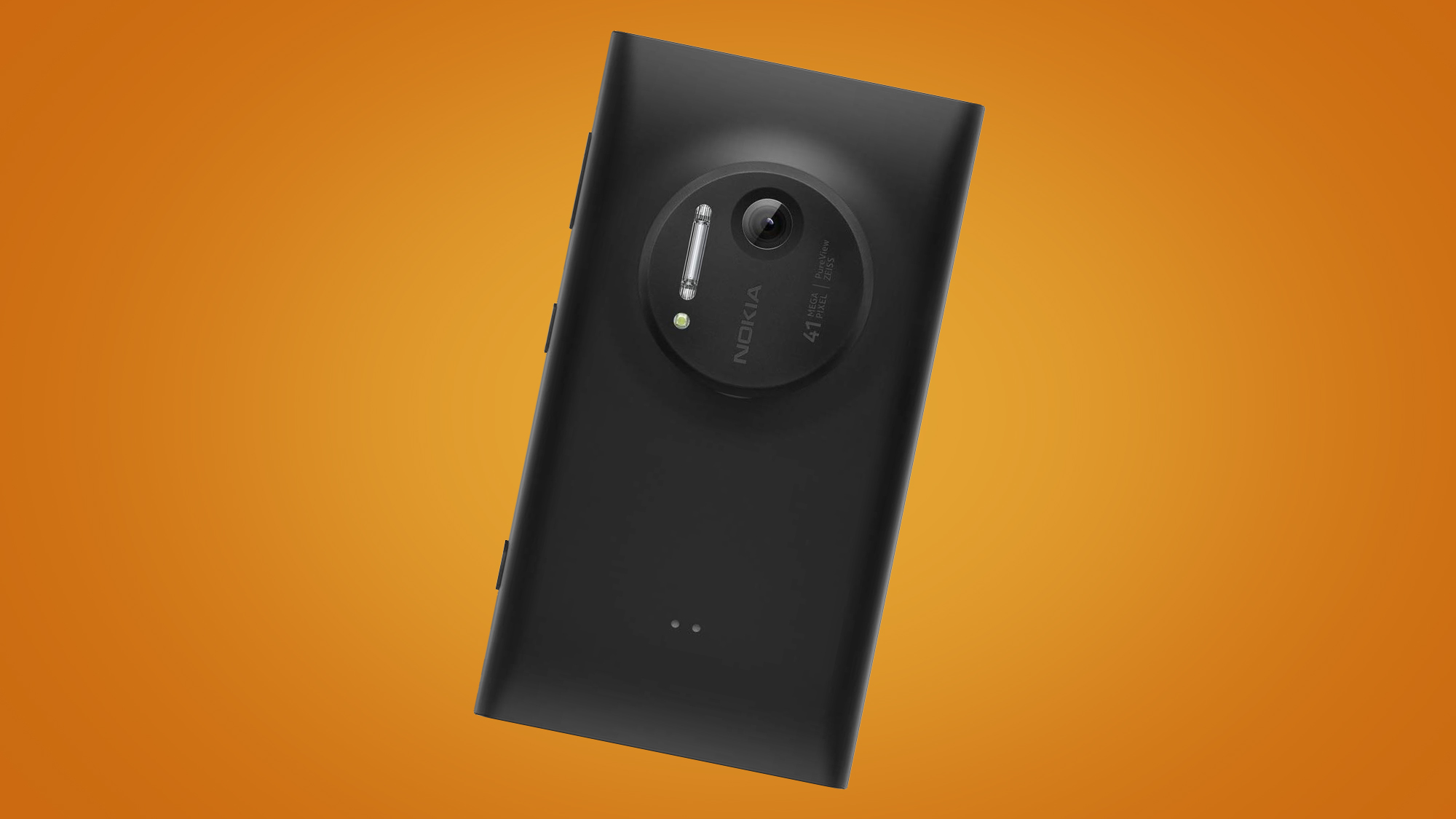 Why it was exciting: It was the big bang moment for today's cameraphones

If you were expecting to see a Pixel or iPhone in this list, we don’t blame you, but it’s arguably the Nokia Lumia 1020 that was the original cameraphone game-changer.

Where the likes of iPhone, Google, Huawei and Samsung now tread very familiar territory in pushing their phone camera tech, we can trace a lot of that back to the Nokia Lumia 1020.

It used PureView technology, which works by oversampling pixels to bring out finer detail and work better in low light. The sensor was a whopping 41 megapixels at a time when others were barely going above 8 (in fact, the iPhone is still only 12), and also had a Carl Zeiss lens.

Easily considered the most advanced 'cameraphone' (a phrase we don't hear so often these days) at the time, it was perhaps the first nail in the coffin of dedicated compact cameras. 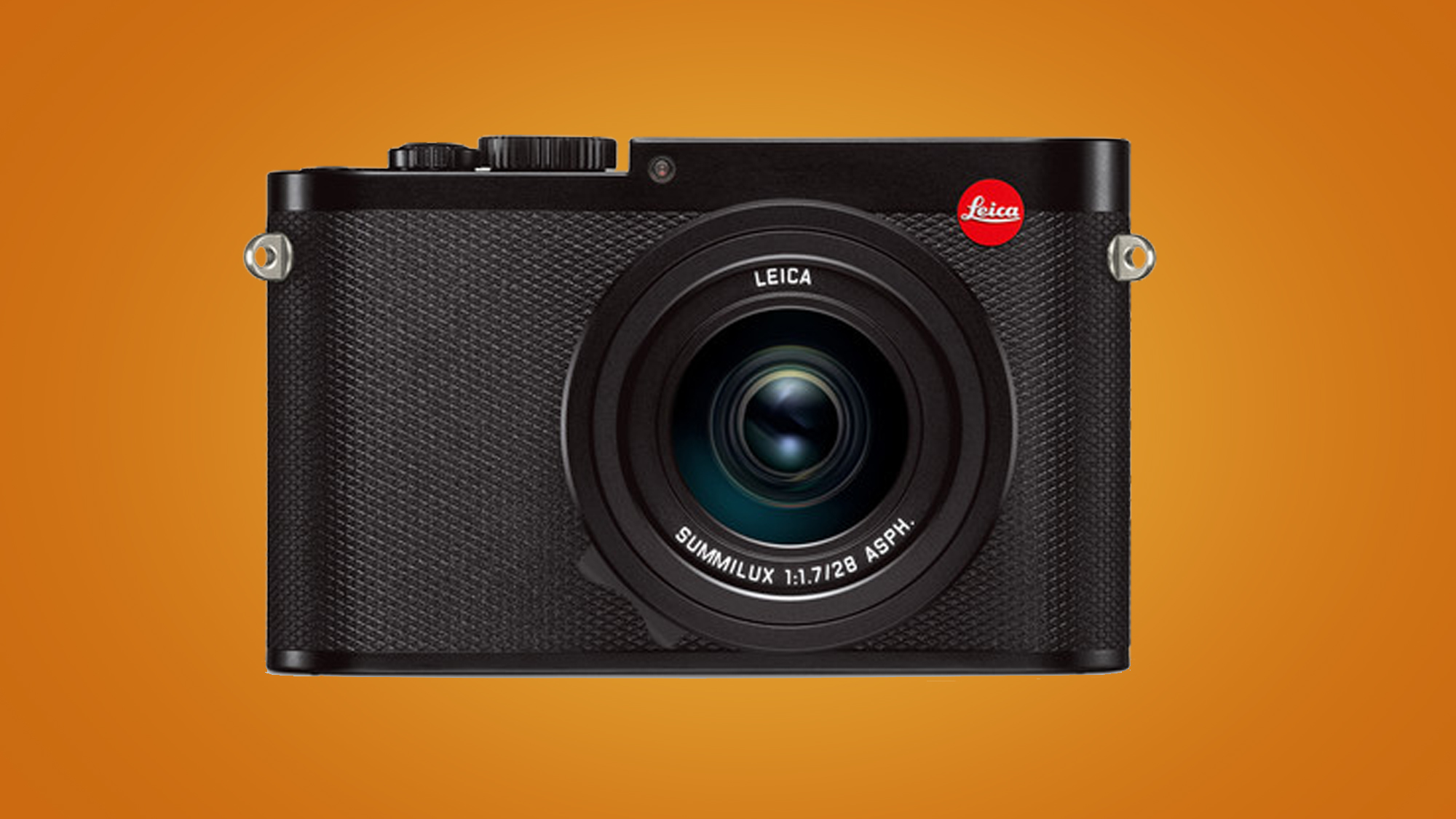 Why it was exciting: A magical combination of full-frame and fixed lens compact

Fujifilm had already proved there was a big appetite for super-large sensors in compact cameras. The next logical step – a full-frame sensor – came courtesy of the Sony RX1, just a year later, but it was the Leica Q that made the concept truly desirable.

By including features like optical image stabilization in the 28mm lens, a touch-sensitive screen, a very usable electronic viewfinder and fast autofocus, it jumped to the top of every street photographer’s wishlist. 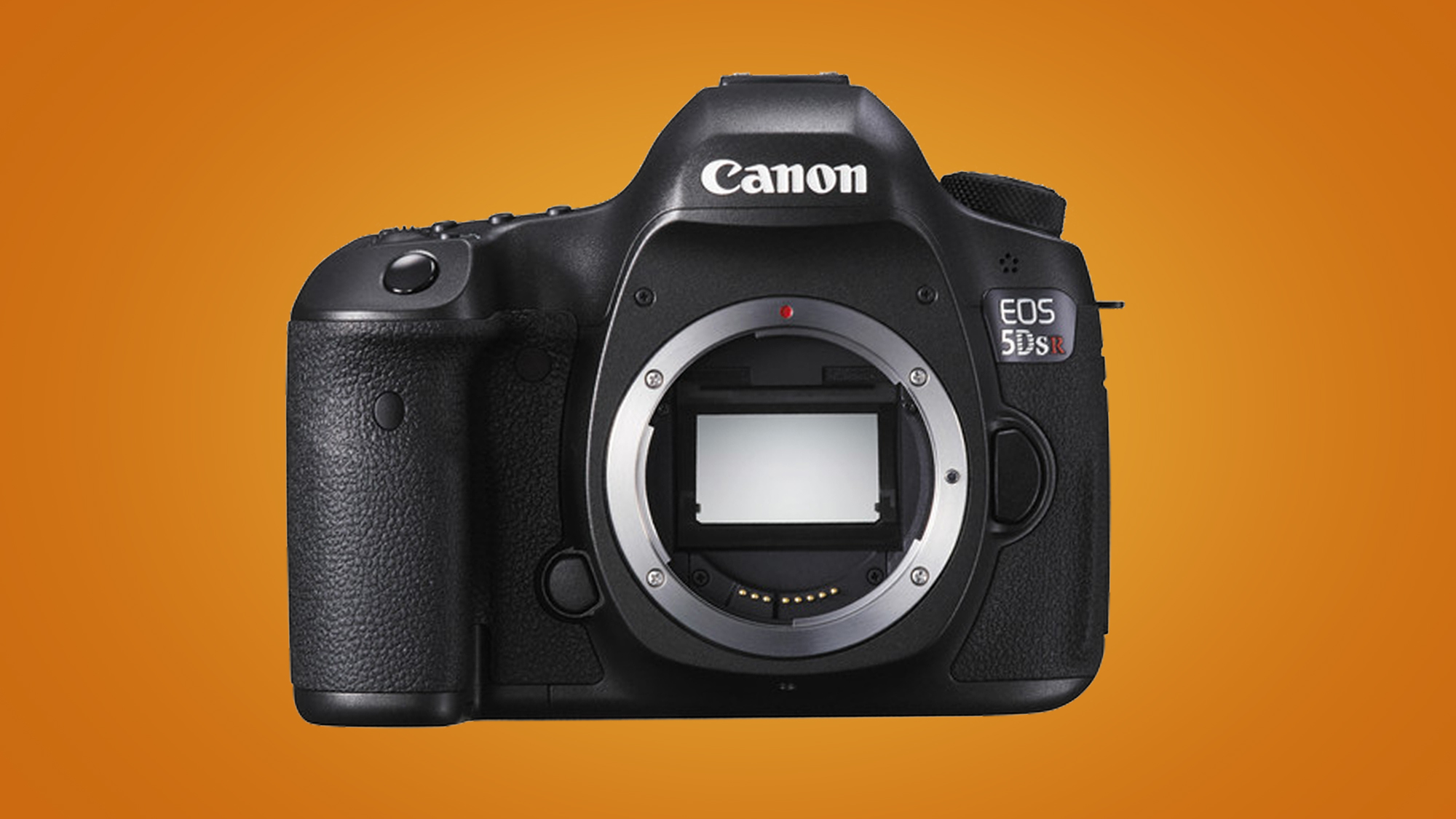 Why it was exciting: Super high-res sensors go mainstream

By the middle of the 2010s, mirrorless was the big story in cameras, but Canon clearly hadn't got the memo.

It was still mainly devoting its attention to DSLRs and, keen to show that there was still life in the old format yet, it launched an exciting duo of full-frame models  that broke the 50 megapixel barrier for the first time.

It was only recently that this barrier was broken by the 61MP Sony A7R IV in 2019, with the Nikon D850 coming fairly close with its 45.7MP sensor (see below).

The Canon EOS 5DSR showed the world that super high-resolution sensors were truly achievable in bodies that weren't professional-only bricks. 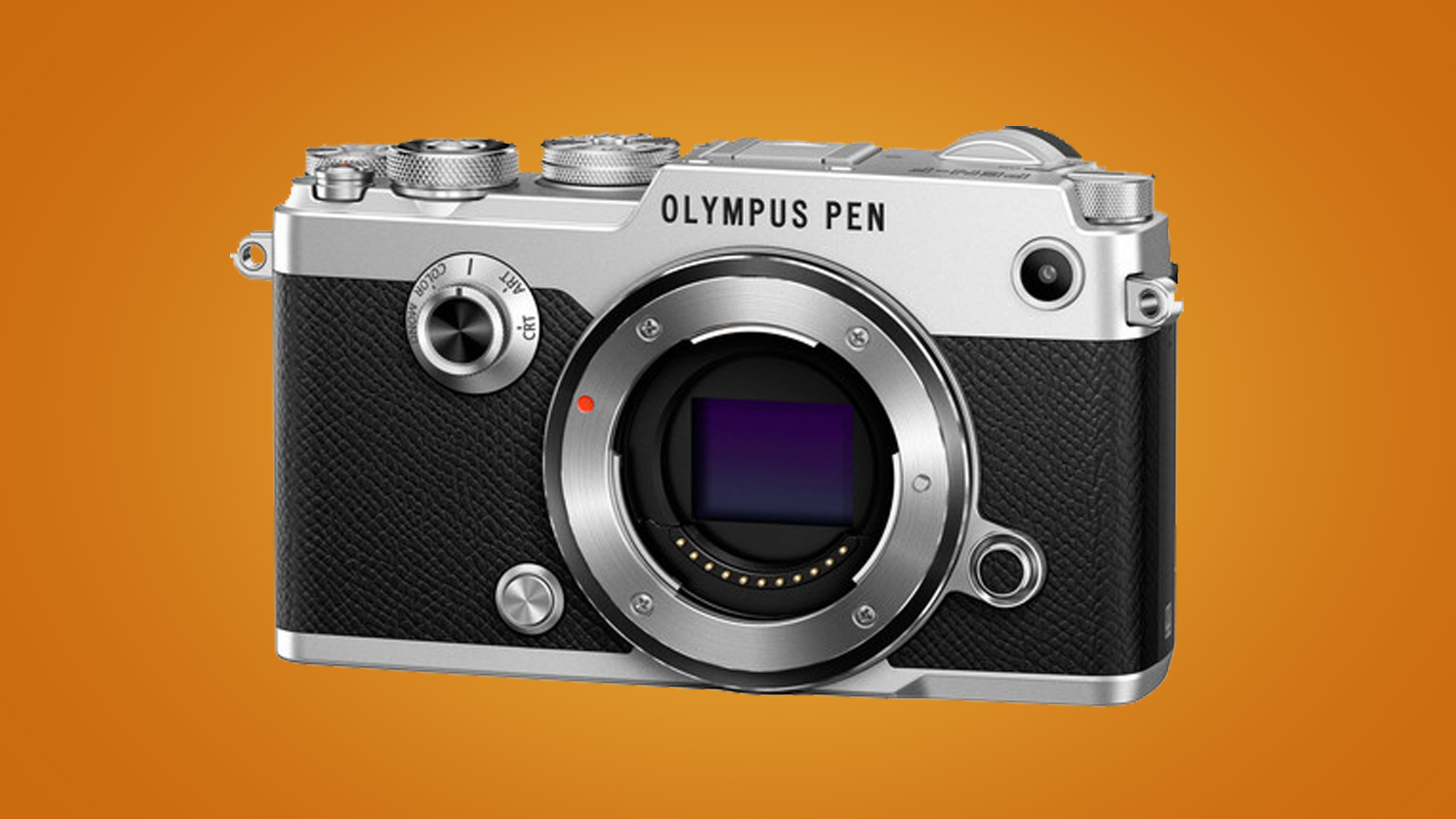 Why it was exciting: Micro Four Thirds becomes goes big on desirability

This one’s a slight curveball, but the Olympus Pen F has made our list for one reason – it marked the point when we started to take Micro Four Thirds cameras as serious 'main' cameras, rather than backup or travel models.

Arguably, the first really good compact system camera was the Olympus E-M5 Mark II, which brought with it some truly appealing specs and even made professional photographers sit up and take notice.

But it was the PEN F that showed us it was not only possible to include a range of high-end specs, but also to make the design of the camera a key selling point. 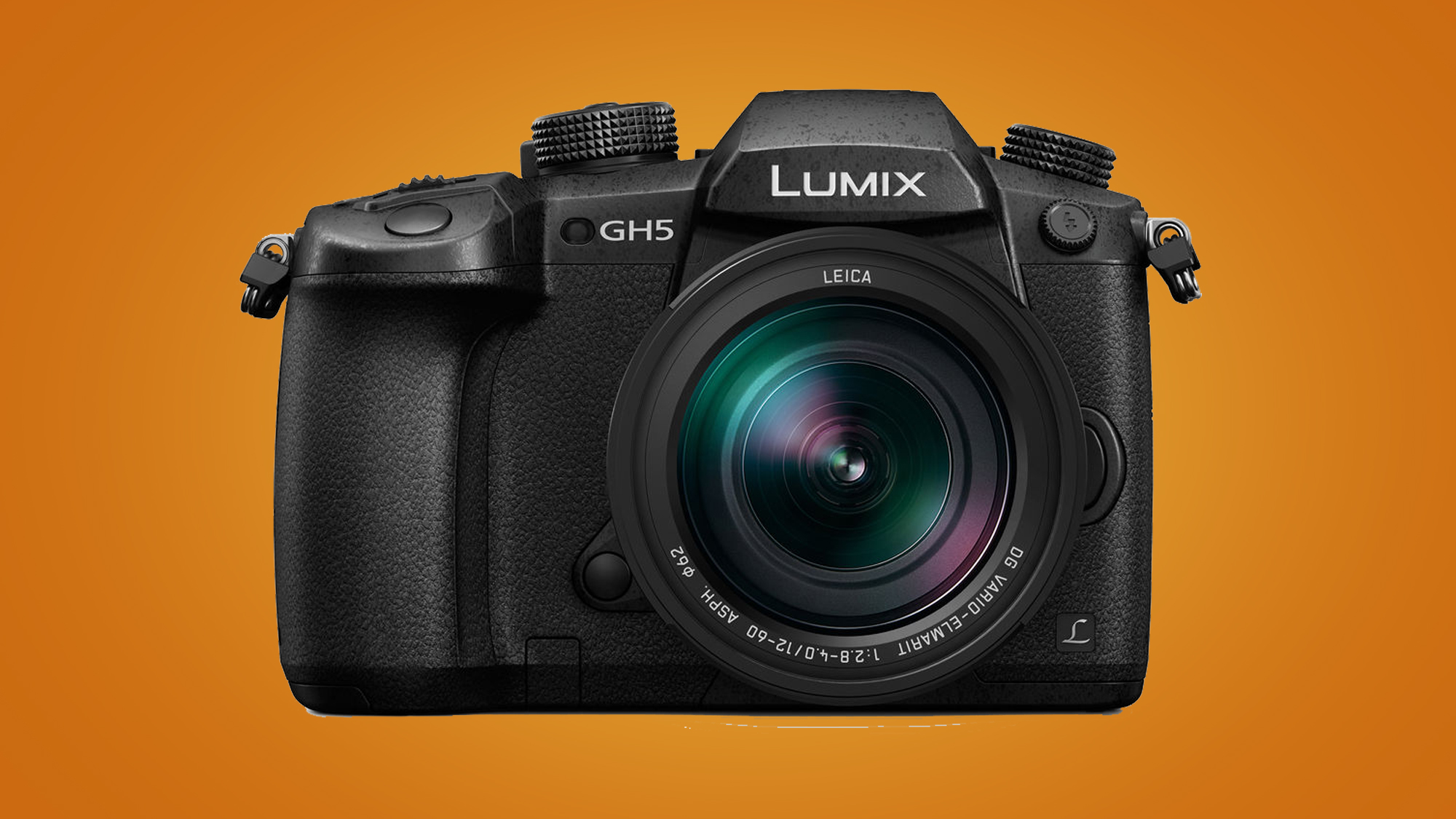 Why it was exciting: A truly brilliant video/stills hybrid camera

A camera that appealed to videographers but also held lots of goodies for stills shooters, the Panasonic GH5 is still a great option a couple of years on.

With a durable build and plenty of 4K video recording capability (including being able to shoot at 60fps), it was – and still is – the ideal model for the new breed of 'content creators' that aren’t strictly tied to one type of output.

Later, a sister-model for the GH5, the GH5S, was announced as an even-more video-centric model, with its expanded 4K options including the ability to shoot DCI 4K at higher frame rates. 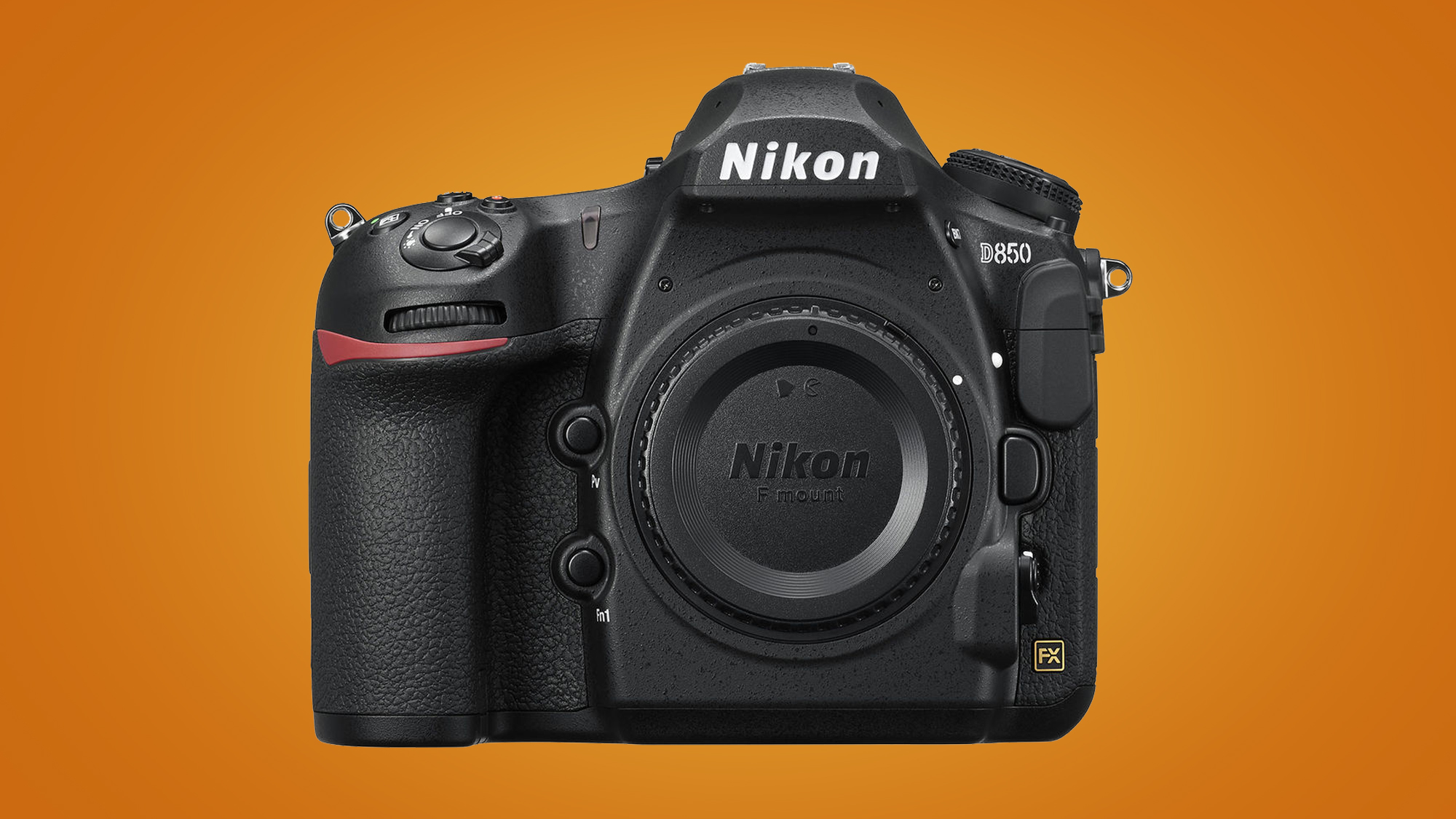 Why it was exciting: It was, and still is, the best DSLR ever made

In a world that's rapidly moving away from DSLRs, the Nikon D850 remains resolutely popular camera, particularly among professional photographers.

Launched on Nikon's 100th anniversary, it included a 47.5MP sensor that answered the demands for high-resolution photos, while at the same time being more than capable at capturing fast-moving action. It also became the first DSLR to achieve a score of 100 points from independent analysts DxOMark.

A durable and well-built body met the demands of working professionals, while it also offers the kind of battery life that, as yet, mirrorless cameras can only dream of. 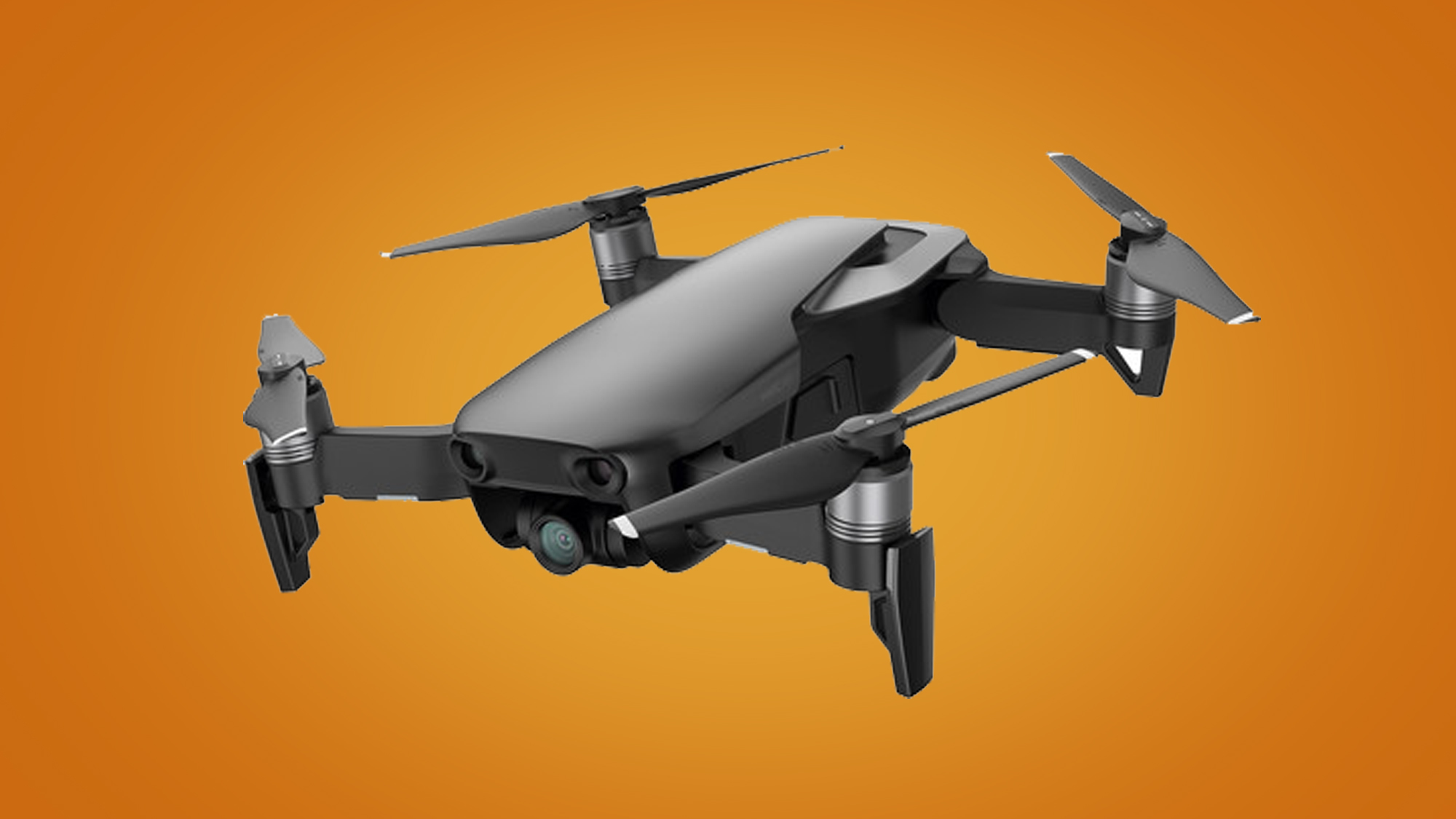 Why it was exciting: It put pro-level aerial photography in the hands of non-pros

It’s hard to remember a time before drone photography and videography being an everyday part of the media landscape. Hardly a TV production these days seems to be complete without a dramatic overhead shot.

Where once you’d have had to hire a helicopter and crew for the day, ever-accessible drones brought this kind of shot to the masses.

And for those without film budgets, the DJI Mavic Air bought that same capability into the hands of us ordinary consumers, too. Hitting the sweet spot between affordability and high image quality, it’s still one of the best drones you can buy if you fancy trying your hands at aerial photography. 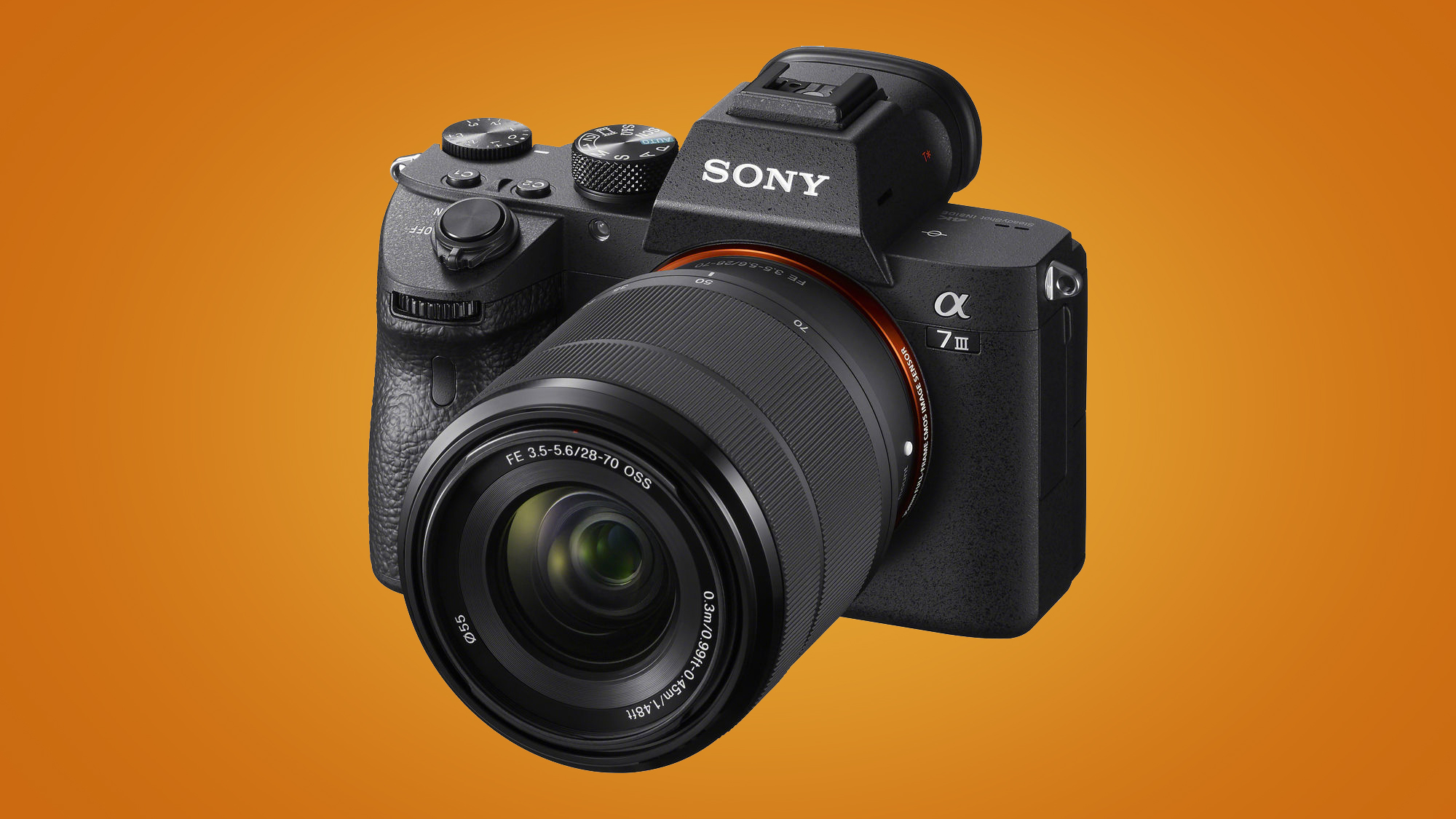 Why it was exciting: It brought full-frame to the masses

Full-frame sensors were once the reserve of professionals – or at least those with plenty of disposable income.

Sony’s A7 III changed that, bringing the large sensor to an audience that previously might have found it out of reach.

A 'basic' or 'entry-level' model with all the image quality of something far more complex, it shows that you don’t always need to invest huge wads of cash to get something that produces fantastic image quality.

There’s also a range of options that would once have attached extra zeros to an asking price, including 4K video, in-body image stabilization and a very capable AF system. 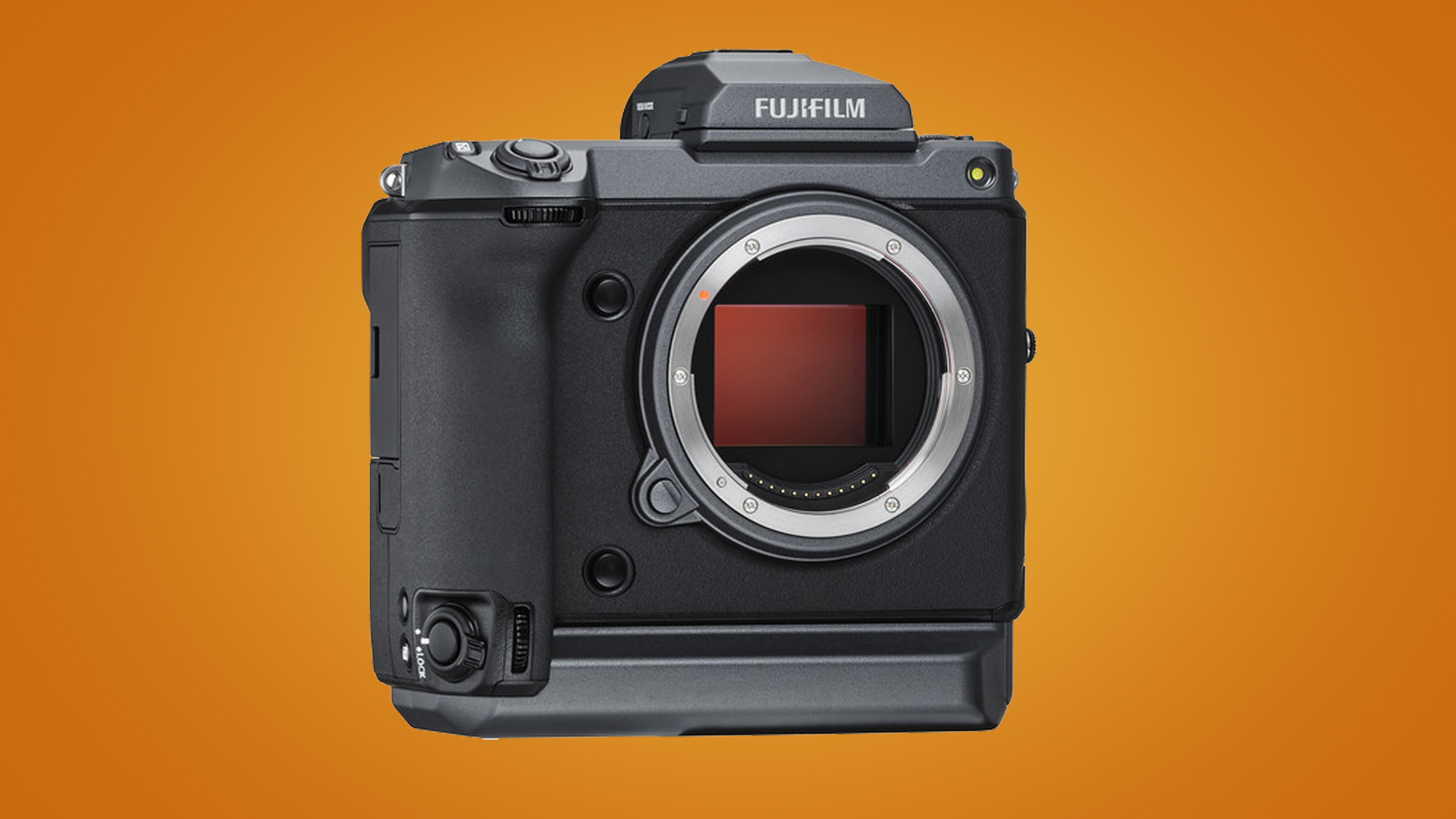 Why it was exciting: We can think of 102 reasons

We finish our list with a medium format camera that was announced at Photokina in September 2018, making its way into stores earlier this year.

Not content with having a sensor that's 1.7x bigger than its full-frame rivals, this supersized beast also gives you a huge 102 megapixels to play with. And to think that we once considered 24 megapixels to be a high-resolution offering.

It’s true that this is hardly a camera for the average person, but it’s certainly not as expensive as you might assume. For working professionals producing billboard-sized imagery, it’s a good contender, while it also gives well-heeled enthusiasts huge bragging rights too. How to Extend Wi-Fi Range on the CHEAP ... First-party Xbox Series X games will be on Game Pa ... Samsung Galaxy S11 and Fold 2 poised to be announc ... WHYWEBS MULTISTEP REGISTRATION A DRUPAL 7 MODULE ...
What, Why and how to use Amazon Virtual Private Cl ...