Photos of the new DJI Mavic Air 2 drone appear to have leaked, after a usually reliable source posted them on Twitter alongside the message "time to sell your Mavic Air".

Twitter user @OsitaLV, a verified DJI drone pilot, published five photos that appear to give us a good look at the forthcoming mid-range drone, which is rumored to be launching in April 2020.

If you're not familiar with DJI's drones, the Mavic Air sits in between the small, beginner-friendly Mavic Mini and the pricier Mavic 2 Pro, which is currently top of our best drones guide. This has made it something of a sweet spot for non-professionals who want a highly portable 4K drone, though it's now over two years old.

So what do the photos tell us about the DJI Mavic Air 2? Well, its folding design closely resembles the Mavic 2 series, although it's likely to be a little smaller than those models.

One of the photos shows a new controller, which looks a little larger and sturdier than the current one and lets you attach your phone above the controls, rather than below them. There are all of the usual controls, including a central switch to flick it between 'normal, 'tripod' and 'sport' mode, with the latter turning it into more of a racing drone with a faster top speed.

Perhaps the most interesting new features are to do with safety. There are two rear sensors on the back, which means the Mavic Air 2 should have 360-degree obstacle avoidance. This would be step up from the current model's three-directional environment sensing.

DJI also announced in May 2019 that all of its new drone launches weighing more than 250g (so not including the 249g Mavic Mini) would include 'AirSense' technology. This receives ADS-B signals from nearby planes and helicopters and warns drone pilots if they're on a collision course, so the Mavic Air 2 would almost certainly include this too. 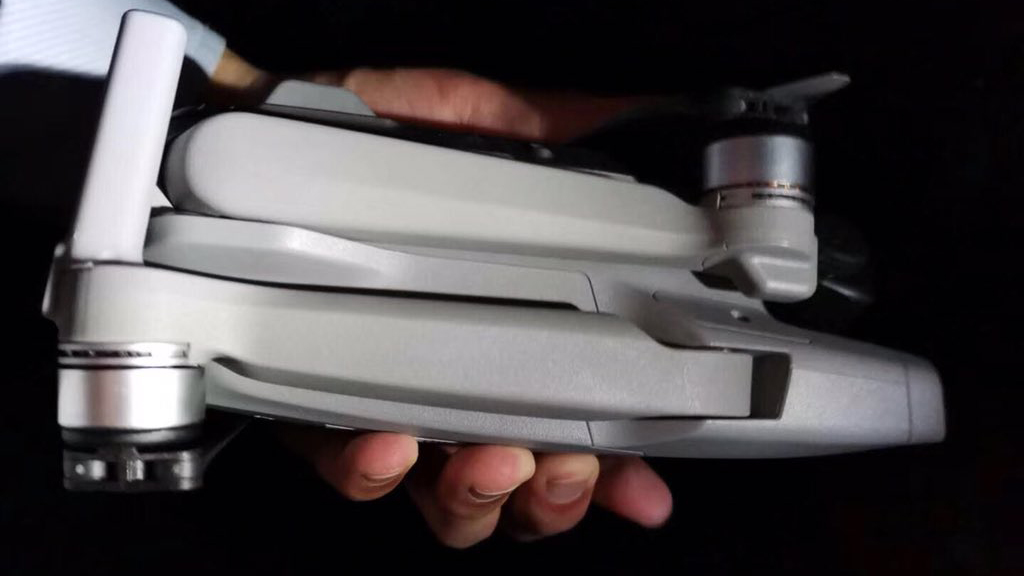 Aside from these physical clues, we don't yet know a lot else about the DJI Mavic Air 2. Given its smaller size, it seems unlikely that it'd match the one-inch sensor seen on the Mavic 2 Pro. An upgraded version of its predecessor's 1/2.3-in CMOS chip is more likely.

We're excited to see what new features it could bring to the table, though, because the original Mavic Air was already very capable for its size, with the ability to shoot 4K video at up to 100Mbps and 12MP HDR stills.

It's also symbolic of a potential new resurgence for consumer drones, which had a very quiet year in 2019 due to some highly publicized safety incidents, including one at the UK's London Gatwick airport. Although the involvement of a drone was never confirmed in that incident, it did lead to something of a public backlash against the flying cameras, which meant there were no notable new launches last year.

But with new safety features like AirSense, along with new laws requiring drones above 250g (which would include the Mavic Air 2) to be registered in the US and UK, it seems drones could be about to return in 2020.

And that can only be a good thing for those who like to shoot stunning photos and footage like the ones you can see in our recent DJI Mavic 2 Pro review. Intel needs to put out a desktop processor if it d ...

Bored at home? Come hang out with TechCrunch at 12 ...