Film fans eager to catch the final piece of the Star Wars saga have been warned not to try and watch the film online and fall victim to cybercrime scams.

With the new Star Wars film hitting cinemas around the world this week, many fans may be tempted to skip the queues and watch in the comfort of their own homes, but security experts have uncovered multiple fake online streaming sites that promise to show the new film.

However anyone unlucky enough to sign up to these sites may see their card details stolen and sold on by criminals looking to target victims online.

The warning comes from security firm Kaspersky, which says it has already found over 30 fraudulent websites and social media profiles disguised as official movie accounts that promise to show free copies of the new film.

"These websites collect unwary users’ credit card data, under the pretense of necessary registration on the portal," the company said in a blog post, noting that the number of fake accounts and sites may be even higher, due to the huge anticipation around the new Star Wars film. 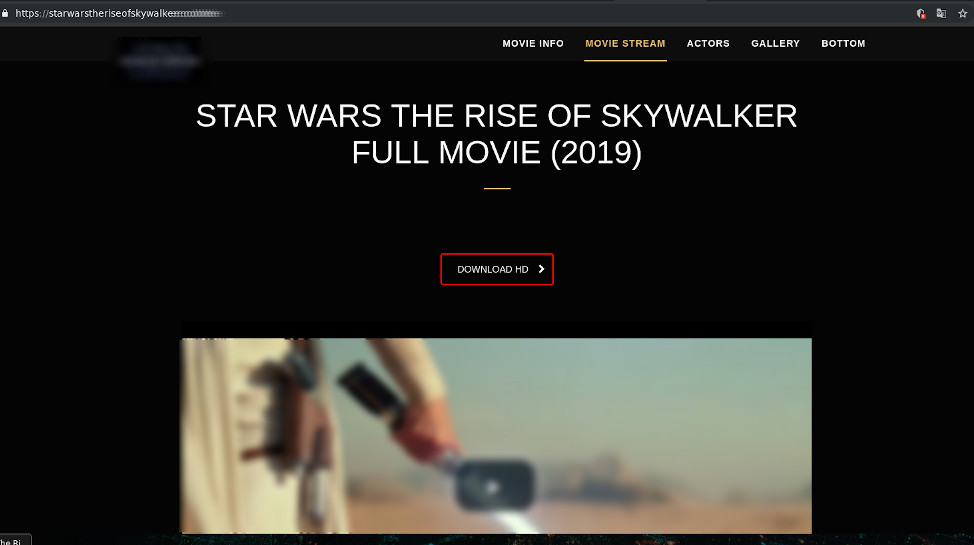 Kaspersky also found 65 malicious online files disguised as copies of the film, as well as several social media profiles claiming to be official accounts that coulddistribute free copies of the movie.

However victims would instead receive malware-laden files that would quickly infect their devices - with Kaspersky already reporting nearly 100 infections from Star Wars-related malware.

"It is typical for fraudsters and cybercriminals to try to capitalize on popular topics, and ‘Star Wars’ is a good example of such a theme this month," said Kaspersky security researcher Tatiana Sidorina.

"As attackers manage to push malicious websites and content up in the search results, fans need to remain cautious at all times. We advise users to not fall for such scams and instead enjoy the end of the saga on the big screen."

Ginni Rometty leaves complex legacy as she steps a ... Skip the upfront bills with these 100GB of data iP ... Fiddler Labs, SRI and Berkeley experts open up the ...

Why to use docker with DDKits? ...
AWS Encryption in Transit and at Rest ...