How technology-led innovation is building the future of UAE

The UAE has come a long way in the digital transformation space in the last 10 years and has proven that it is building a future based on technology innovation.

The digital transformation began in 2010 when ‘Vision 2021’ was launched and that was the base for all the strategies that came later.

The Vision 2021 talks about the knowledge-based economy and after 2013, Sheikh Mohammed Bin Rashid Al Maktoum, Vice-President and Prime Minister of the UAE and Ruler of Dubai, launched the m-government initiatives.

“That was a significant move and a lot was achieved. After that, we saw several strategies – UAE AI, 3D printing, IoT, the fourth industrial revolution, UAE Innovation and National Skills Strategy. All the strategies have clear goals and milestones,” Ranjit Rajan, co-author of Digital Nation, told TechRadar Middle East.

Rajan, who is also the Associate Vice-president of Research at IDC, along with Dr. Saeed AlDhaheri, Chairman of SmartWorld, based their book on in-depth interactions with the 20 of the senior-most leaders and executives from private and public entities in the UAE.

The book traces the digital transformation journey of the UAE, analyses its achievements and outlines the challenges that lie ahead, interspersing it with anecdotes and stories from the experiences of the leaders and executives.

Rajan said that all the digital transformation strategies in the UAE have been led by the government and public sectors unlike in other parts of the world where the private sector is ahead.

In the UAE, he said that the public sector sets the vision and drives innovation and this helps to rally the private sectors.

According to Government Electronic and Mobile Services (GEMS) Maturity Index, issued by the United Nations Economic and Social Commission for Western Asia, the UAE has been ranked first in the Arab region and the report showed that 80% of the UAE population has access to government services provided through online portals and smart apps.

Besides the government, Rajan said that the banking sector has been driving digital strategies, followed by retail, hospitality, telecoms, oil and gas.

“UAE is ahead of other Gulf countries and there is no doubt about that. The ambition of the UAE is not limited to be a leader in the Gulf or the Middle East but to go beyond that and make a mark on the global stage by harnessing advanced and emerging technology,” Rajan said.

According to the United Nations Sustainable Development Solutions Network, the UAE was ranked first in the Arab region in the World Happiness Report for the fifth consecutive year.

The UAE has ranked first globally in mobile-broadband subscriptions and network coverage, and second in mobile-cellular telephone subscriptions, according to the Travel & Tourism Competitiveness Report 2019, issued by the World Economic Forum.

The UAE has been ranked as the first in the Middle East and North Africa and fifth worldwide in the Global Connectedness Index (GCI) 2018 released by DHL.

“While the UAE has been very good at technology adoption and usage, in other parameters like innovation and talent, the country is ranked lower than many countries globally,” Rajan said.

According to the World Economic Forum’s 2019 Global Competitiveness Report, the UAE was ranked second overall after South Korea in information and communications technology adoption but was ranked 33rd in innovation capability.

However, Rajan said that the global technological disruption is driven by AI, IoT and blockchain gives the UAE an opportunity to make a mark for itself globally and to become a hub for not just the use of these technologies but also their development.

The UAE, which is relatively a small country with a population of just over 9m, is rapidly adopting and using these technologies but the goal now is to go beyond this to innovate and create products, and capabilities.

For many innovations, the UAE by itself offers a small market. The way for the UAE to scale up the returns from the innovation is to look for opportunities outside, scale-up and scale-out, and become a hub that exports innovation,” he said.

The ultimate vision is to create a “Made in UAE” brand through the export of technological innovation and talent, he added.

There are certain areas where UAE has made significant progress, he said, such as public sector services capabilities, in areas such as autonomous transportation, healthcare etc. and new regulatory development in AI, healthcare and IoT. But a lot more remains to be done.

He said that the UAE needs to be able to export intellectual property and viable products based on disruptive technologies and that will take a few years to scale.

The leaders realise this and that is why; he said that start-up incubators and accelerator programmes are being heavily supported and promoted.

“The idea is to attract local and global talent and drive innovation. The 1m Arab Coders programme is an example: here the idea is to attract coding talent from around the region into the UAE. We need a whole new set of talent and skills on emerging technologies to be added to the pool. This will take several years to develop,” Rajan said.

When asked on the funding challenges here when compared to Silicon Valley, he said that it is difficult to compare UAE to the US or China yet and it is unfair to compare by looking at the size of the economy, resources, talent pool, etc.

“The UAE is trying to create a niche for itself and it cannot compete with the resources the US or China have or in some of the European economies. What the UAE wants is to become an enabler and in the next few years, the UAE will continue to grow as a hub for technology-led innovation to create value to compete with other nations,” he said.

The biggest investors globally in R&D in AI and other emerging tech are the MNCs based in the US (Google, Microsoft, Amazon, Apple, IBM, etc.).

What the UAE can do, he said is to play a significant role in the global innovation ecosystem and create intellectual property and commercially-viable products and cater to a wider market, which will initially consist of the emerging markets of the Middle East, Asia and Africa.

“South Korea has created some big brands by focusing on innovation and created intellectual property. Singapore has become a hub for its neighbourhood. These are some of the countries UAE can compare within the shorter term,” he said.

However, he said that there are challenges for the UAE to overcome and it will take some time for it to happen.

There are two or three things that need to come together for a successful innovation ecosystem, he said and added that the first is to have a very strong technology industry (all the MNCs are here, local companies are trying to expand build some capabilities and telcos are getting into ICT) and the next is the shortage of talent and IP protection regulation.

“Intellectual property protection is key to success and necessary to build confidence. The number of patents and research papers produced from the Arab countries is very low compared to more advanced regions and that has to change,” he said.

The other challenge, he said is the capability of the education system, from K12 to higher education, to be able to produce the quality of talent and also the universities need to be developed to engage in academic research.

Moreover, he said the UAE has done the right thing to attract global talent by attracting global universities to open centres and bring their educational expertise here and attract students from outside for higher educational courses.

“Education systems take years to be developed or transformed. For attracting global talent, long-term visas are a step in the right direction and this will surely help to bring in scientists and researchers,” he said.

According to US News & World Report, Khalifa University of Science and Technology was ranked first in the UAE in the rankings 2020 edition of the Best Global Universities rankings, marking more international recognition for the research-intensive institution.

In terms of technology adoption and usage, Rajan said the UAE will continue to be one of the leaders globally. This will create a huge competitive advantage. The UAE will continue to become more agile and efficient, and offer better citizen, resident, visitor and business services leveraging the latest technology. “Technology adoption is now part of the culture. In many parts of the world, governments are usually slow to adopt automation because of the disruptive impact on work culture and employment. But the UAE has brought in disruptive automation very early on to reduce costs, speed up delivery and agility and improve efficiency,” he said.

However, technology adoption and usage are not sufficient.

To drive greater value, the UAE is heavily investing in innovation and talent development. The results of the rampant innovation and initiatives, he said will create a large number of tech-enabled start-ups, more commercially-viable business models and products, and a greater influx of venture capital funding.

“We will be able to close the gap with more accomplished global tech innovation hubs in the next few years as the intent is there. Developing talent and skills is a work in progress and the UAE understands these challenges. The government is not running away from it but confronting it,” he said. 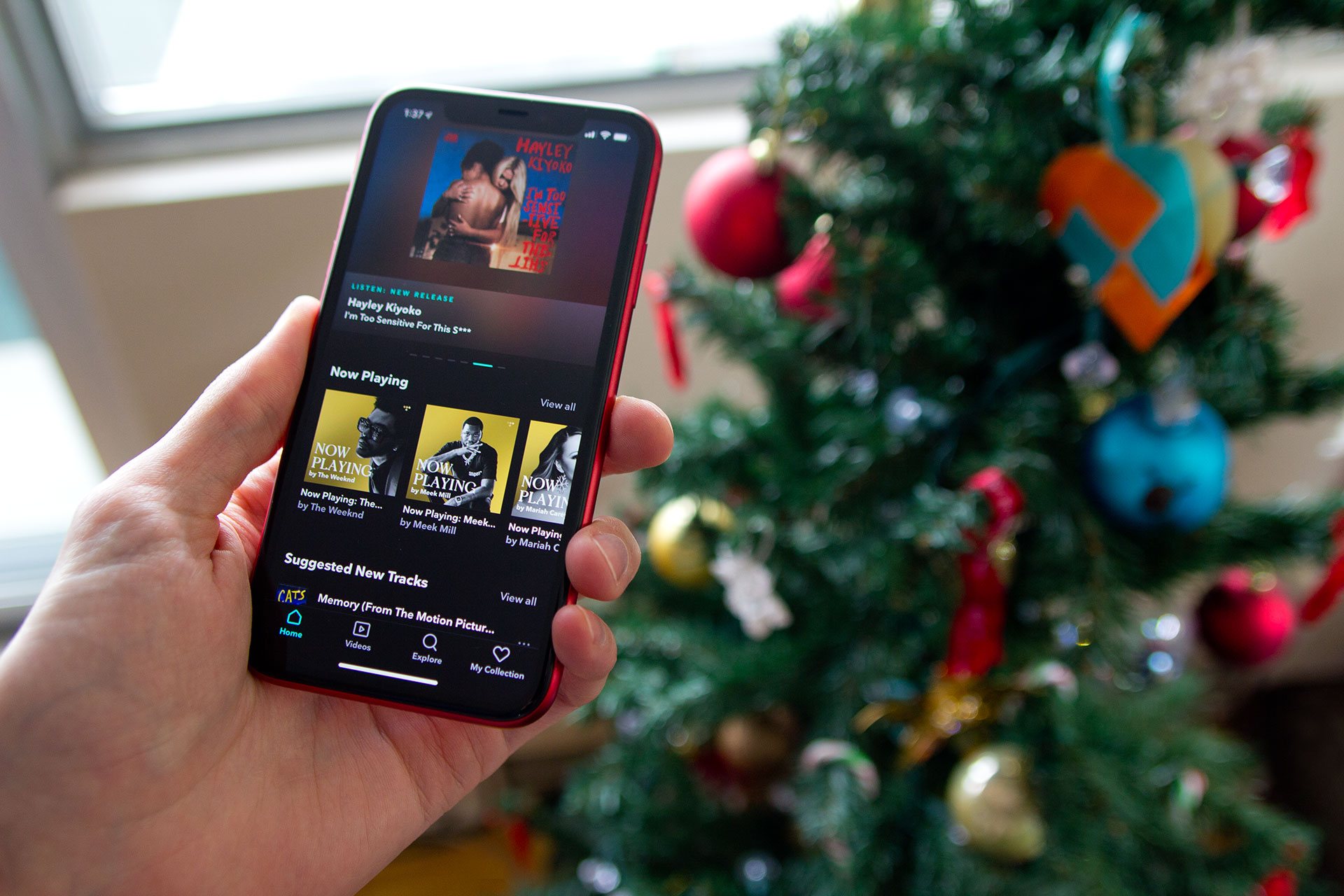 Stream music in higher fidelity with TIDAL's holid ...
Which Configuration Management Tool would you pick ...