India gets more aggressive with internet shutdowns to curb protests

India, the world’s largest democracy, continues to normalize shutting down internet and suspending mobile communications for tens of millions of citizens in the country to thwart protests.

Days after Narendra Modi -led government shut down mobile communications in the northeastern states of Assam, Meghalaya and Tripura (yet to be restored) — home to more than 36 million people — and then parts of Uttar Pradesh (yet to be restored), the most populated state in the country with more than 200 million people, New Delhi moved on Thursday to extend the suspension in parts of the Indian capital and city of Mangalore — together home to about 22 million people.

By afternoon (local time), the services had been restored, users said. But hours later, the Indian government — which already has the worst track record among any nation for internet shutdowns — issued a similar direction for Mangalore, a major commercial center in the state of Karnataka.

The move comes as the Indian government attempts to silence tens of millions of people across the nation as they protest the introduction of a controversial new citizenship law that discriminates against Muslims.

New Delhi passed the bill last week, which creates a path to citizenship for immigrants of all the major religions except Islam. The new law is part of a series of actions the Modi government has taken this year that critics say erodes the country’s secular traditions.

A large number of people, most of whom were students, marched in the streets Thursday in parts of New Delhi, Mumbai, Mangalore and several others corners of India to urge the government to change its mind. At least two people were shot dead in Mangalore, according to local media reports. 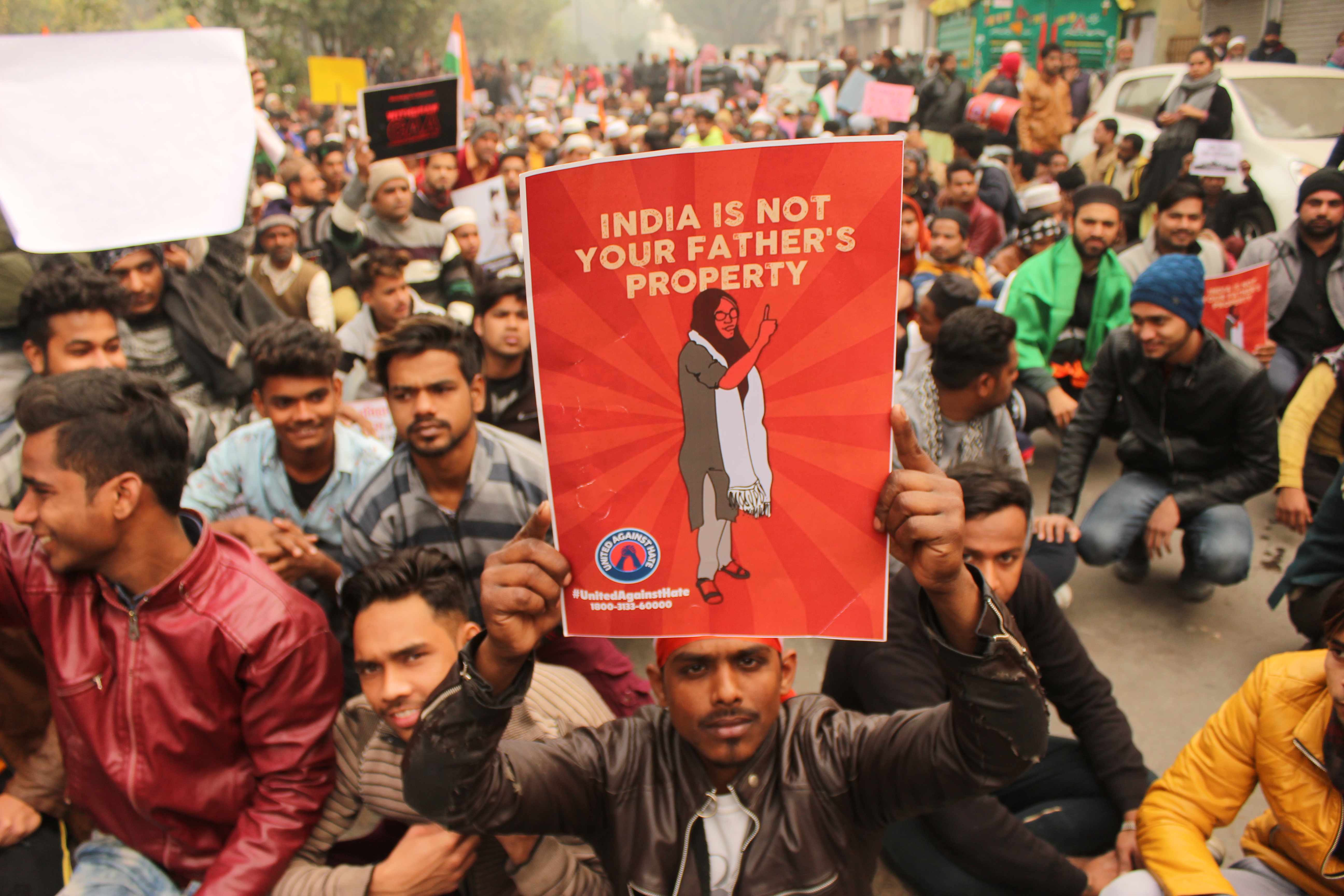 Protesters with posters and placards during a demonstration against the Citizenship Amendment Act (CAA) and National Register of Citizens (NRC) near Red fort on December 19, 2019 in New Delhi, India. (Photo by Mayank Makhija/NurPhoto via Getty Images)

In an op-ed piece, The New York Times criticized the government’s actions. “The not-so-hidden message [in the new law] is that the Muslim-majority countries abutting India persecute Hindus and other minorities, and that Muslims from such countries cannot be refugees — even people like the Rohingya, some of whom have reached India after fleeing to Bangladesh from brutal repression in Myanmar,” the article said.

“The law, as India’s 200 million Muslims have correctly surmised, has nothing to do with helping migrants and everything to do with the campaign by Mr. Modi and his home minister, Amit Shah, to marginalize Muslims and turn India into a homeland for Hindus, who comprise about 80 percent of the population of 1.3 billion,” it added.

A number of local film stars and other public figures joined the protest Thursday, but a group that was nowhere to be found was the startup ecosystem. A prominent angel investor in India, who spoke on the condition of anonymity, told TechCrunch that startup founders and venture capitalists in the country are unlikely to join the conversation as they do not want to risk upsetting government officials.

Tim Draper, one of the most influential venture capitalists in the world and who has been exploring India for sometime, however, had enough. “India choosing one religion over another makes me seriously concerned about my plans to fund businesses there,” he tweeted.

Preventing people from a medium that enables them to stay in touch with one another, and access news and information, is becoming a common phenomenon in several nations, though none come close to India.

Access Now, a digital rights group, reported earlier this year that India alone had about 134 of 196 documented shutdowns in 2018. According to Internet Shutdowns, a service operated by New Delhi-based digital advocacy group Software Law and Freedom Centre, there have been about 95 documented cases of internet shutdowns in India this year, up from 91 last week.

The new wave of tough measures comes as New Delhi maintained an internet shutdown in parts of the state of Jammu and Kashmir for the 137th day on Thursday — the longest-ever imposed in a democracy. The internet shutdown in the Muslim-majority state was imposed on August 5, after the Indian government revoked Kashmir’s autonomy and statehood.

India’s move has won it at least one fan, though. Chinese state media said earlier this week that this practice in India, which America has seen as an example of democracy in Asia since the 1950s, means that “shutting down the internet in a state of emergency should be standard practice for sovereign countries.”

“India did not hesitate to shut down the internet in these two states to cope when there is a significant threat to national security. When China’s Xinjiang region faced a similar national security threat a few years ago, the Chinese government responded with a similar strategy. However, it attracted sharp criticism from mainstream media in Europe and the U.S.” Verizons plans to connect rural US in a 5G era ... The future of the IoT: from edge computing to 5G ... iPad sale at Best Buy: the latest Apple iPad gets ...
How to create custom twig templates from custom mo ...

Create Custom WordPress Write/Meta Boxes ...
What, Why and how to use Amazon Virtual Private Cl ...