We'll say it now: the iPhone 12 needs to be a huge change to Apple's smartphone. The iPhone 11 range brought very little in terms of an upgrade. With new camera tweaks and some more power inside, they were modest updates to the popular iPhone range.

So what will the next iPhone - the first of a new decade - bring? Is Apple going to give us a truly new iPhone?

The good news is that in the build up to the iPhone 11 launch we heard lots of rumors and leaks of a much-altered iPhone. These include the possibility of a 5G iPhone model, new cameras, a new design, a supercharged screen... if all of those rumor prove right for the next-gen device, then the iPhone 12 could be the big upgrade we’re hoping for.

We've mixed together all the latest leaks and updates on the new iPhone in the article below, and added in some thoughts on what we're expecting, based on well over a decade of monitoring the growing rumor mill around the latest iPhone...

Update: It's looking ever more likely that Apple will launch four different iPhone 12 models next year, and we now have a better idea of how they might differ.

There aren't any official iPhone 12 release date rumors as yet, but come on - we're almost certain that we know when it'll appear. Apple launches its new phones almost metronomically, and while every year there's a rumor of it changing, it's always held to a similar time.

Firstly, the new iPhone release date will definitely be September 2020 - and it's always around the second week. So we're going to guess that we'll see Apple unveil the iPhone 12 on 8 September (or possibly 15 September if it wants to hit a later on-sale date).

You'll be able to pick it up 10 days after that, so you'll need a Friday off work if you're desperate to get your hands on one.. 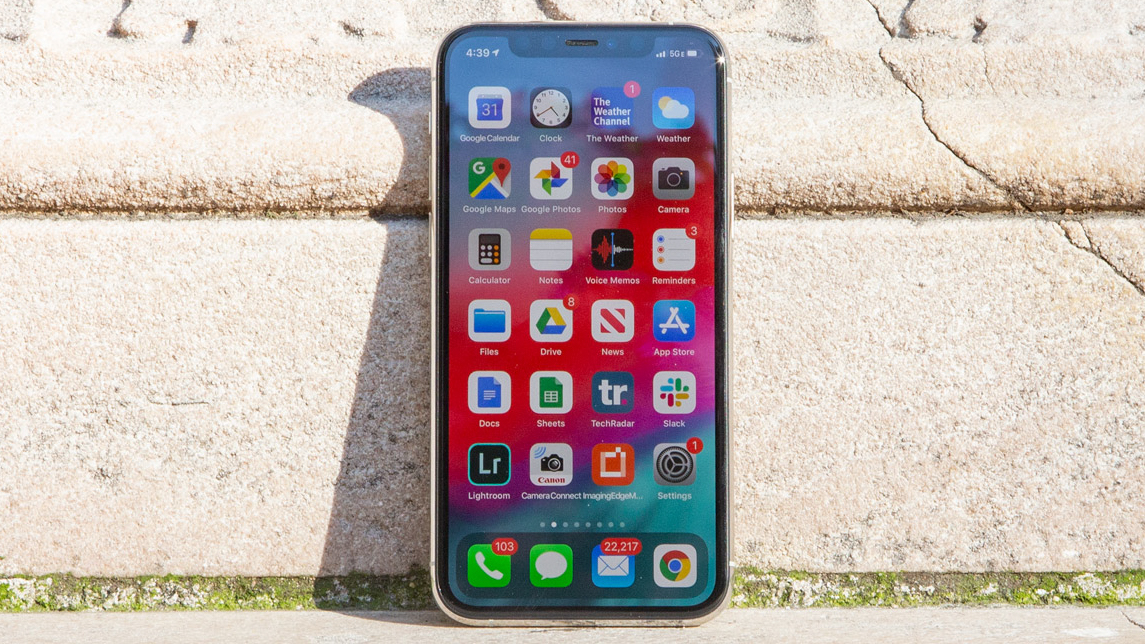 Having said that, one report suggests that the cost of materials for the iPhone 12 range might go up, which could mean even higher prices at retail.

First things first: we're pretty confident the 2020 Apple phones will be called the iPhone 12 series, not the 11S or similar thanks to an industry analyst (with a great track record) saying as such.

Apple could be making some big changes to the design and screen for the iPhone 12 range, including getting rid of the notch.

Or at least, one of the upcoming phones might lack a notch according to analysts, with the front-facing camera potentially set to be embedded under the screen instead. If this happens we’d expect it to be the most expensive iPhone 12 model that has this feature – likely the iPhone 12 Pro Max, or whatever it launches as.

Another leak suggests Apple is developing new Face ID tech which will lead to a redesigned and potentially slimmer notch. Allegedly, the company is trying out several combinations, including ones that minimize the front-facing optics so much that they fit in the top bezel.

We might get more than just a notch removal, with Kuo also saying that he expects the metal frame to be more like the iPhone 4’s frame, suggesting it won’t be curved like on current models. He also says that overall the design is likely to be “significantly” different to current iPhone models.

That leak affirmed several much-rumored trends, like the iPhone 12 Pro versions adding a time-of-flight sensor, the budget flagship adding a telephoto lens, and series-wide support for 5G as well as finally switching to USB-C.

It might not just be the camera that’s built into the screen either, as Apple is also rumored to be equipping its next phones with an in-screen fingerprint scanner. 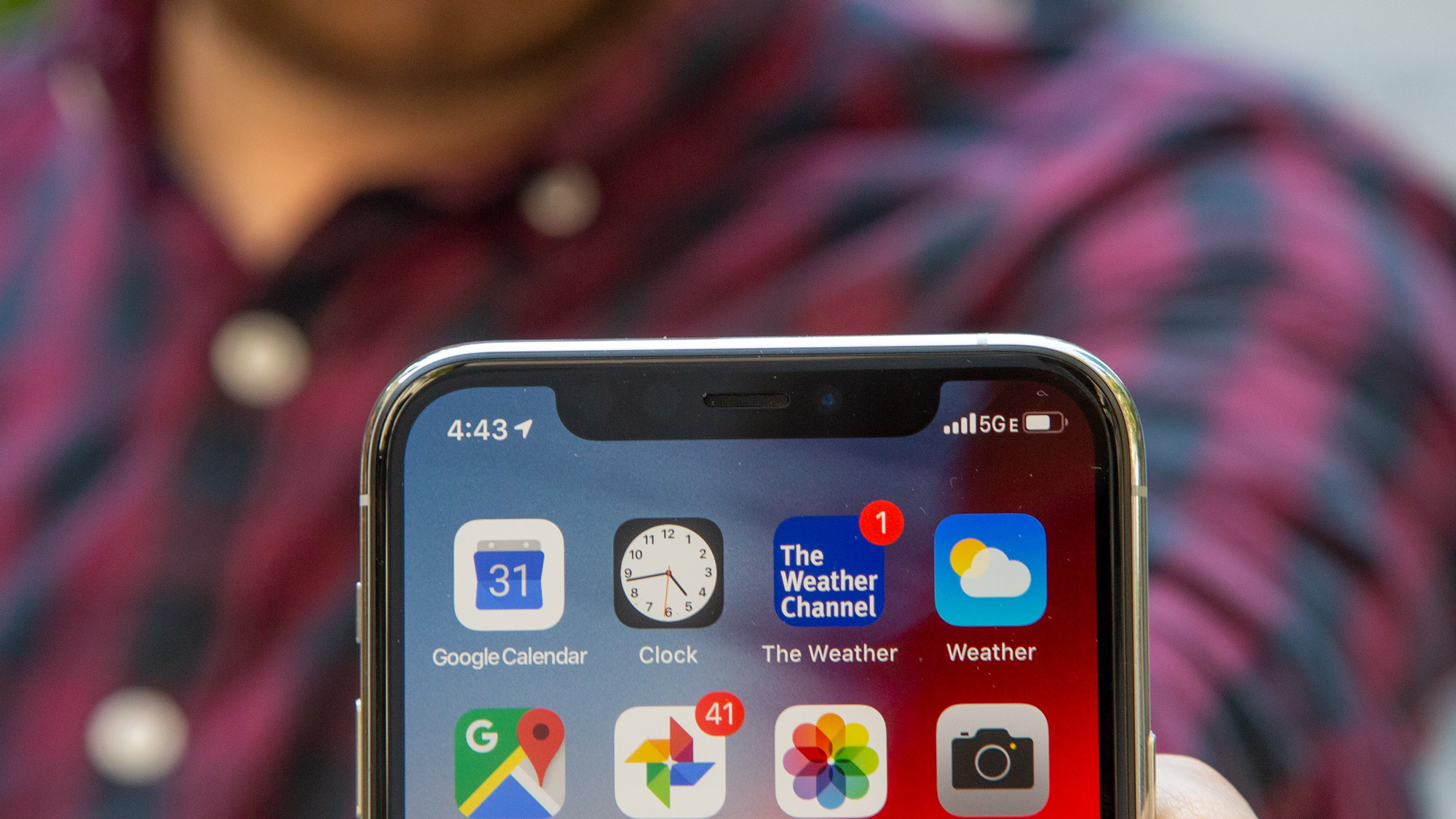 This would be a big change for the brand, since current models don’t have a fingerprint scanner at all. That said, if the camera really is in-screen then it might not be possible to have all the Face ID sensors, so it could be that this fingerprint scanner will replace Face ID, though we're not convinced Apple would go that far.

A new display for the iPhone 12?

One or more 2020 iPhone models might also have a 120Hz refresh rate, up from 60Hz on current models. This – which has been rumored by a reputable leaker - could make interactions feel smoother. This is a claim we've now heard more than once, and some phones already have higher refresh rates than 60Hz, as do some iPads, so this isn’t unbelievable.

He adds that the standard iPhone 12 will apparently stay at 6.1 inches, but will get upgraded from LCD to OLED. That’s a claim we’ve heard more than once, and would mean all three 2020 iPhones would have an OLED screen.

Another source has broadly agreed, but said to expect a 5.4-inch screen on the iPhone 12 Pro. They also said that the two Pro models will use a form of OLED that's both thinner and cheaper to produce than the screens used in the iPhone 11 Pro range. That could mean lower prices, but we wouldn't count on it. 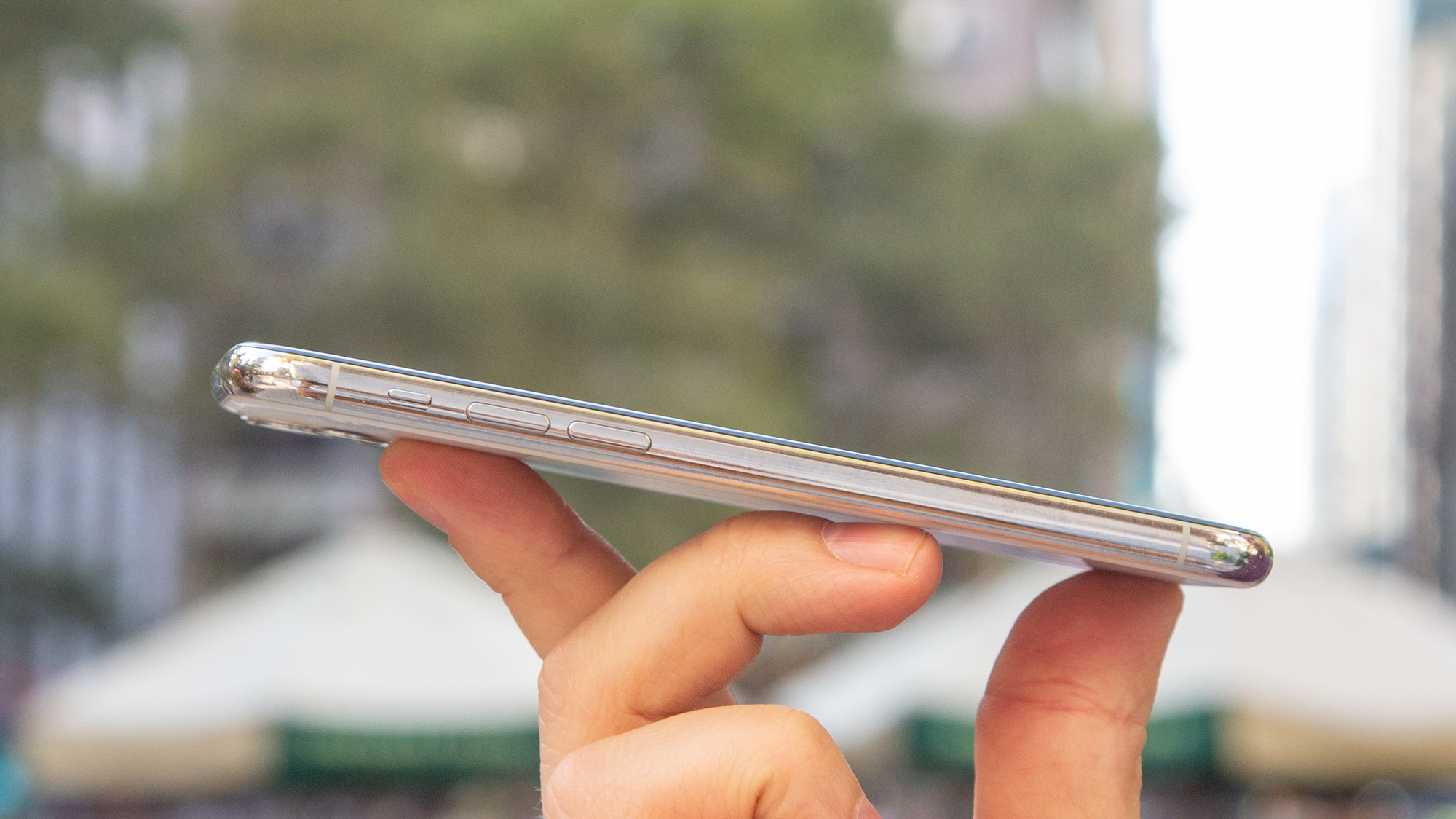 Elsewhere we've heard a similar selection of sizes, but that Apple could launch four new models in September. According to an analyst, Apple will launch a 6.7-inch phone, a 5.4-inch one, and two 6.1-inch ones.

They don't go into any more detail but that suggests there will be both a top-end and slightly lower end model in a 6.1-inch size, if this claim is accurate.

And it might well be, because it's claim that we've now heard again, this time from reputable Apple analyst Ming-Chi Kuo, who adds that all four models will have OLED screens and 5G, but that one of the 6.1-inch models and the 5.4-inch one will have two rear cameras, while the other two models will have three.

Another big change could take the form of 5G, which has been widely rumored for the iPhone 12. Kuo even says that he thinks all three models will support 5G. We fully expect at least one of them will, given that multiple sources have suggested as much and that a number of other phones already support 5G.

That could well be supported by a 5nm A14 Bionic processor inside the iPhone 12 - what that means for the average consumer is an iPhone with an even longer battery life and more power than ever. That would be rather impressive, given the iPhone battery life is currently the best we've ever seen from Apple.

The RAM could also get a boost, with analysts claiming that the iPhone 12 Pro and iPhone 12 Pro Max will have 6GB of the stuff, up from 4GB on their predecessors - though the standard iPhone 12 will apparently stick with 4GB.

The iPhone 12 might also get a camera upgrade, with a laser-powered 3D camera rumored for inclusion. This would be on the back, and while only one rumor mentions lasers, another also talks about a depth-sensing snapper, so this might well be something we see in some form.

Finally, there’s an outside chance that Apple could add a fourth handset to its line-up in 2020, likely the iPhone SE 2 (but with a different name). By the sounds of things this could be a lower-end option, but we’d take its existence with a serious side of salt.

What we want to see from the new iPhone

The iPhone 11 range is a strong - but safe, and thus a bit dull - upgrade for Apple. So for the iPhone 12 we want to see bigger, riskier changes, such as the following.

First things first - the new iPhone needs to be good. Brilliant. Better than expected. We’re talking things that we haven’t even thought of. Things that we’re hoping Apple’s brightest minds are currently dreaming up in the company’s labs.

This might sound like a very vague request, but Apple is one of the biggest companies in the world and if any brand could make a decent folding handset, or one with detachable VR glasses, it's Cook's Crew.

Because a tweaked design and improved specs are expected, ordinary, and no longer enough as consumers are holding onto their handsets for longer than ever. Come on Apple, give us something mind-blowing. 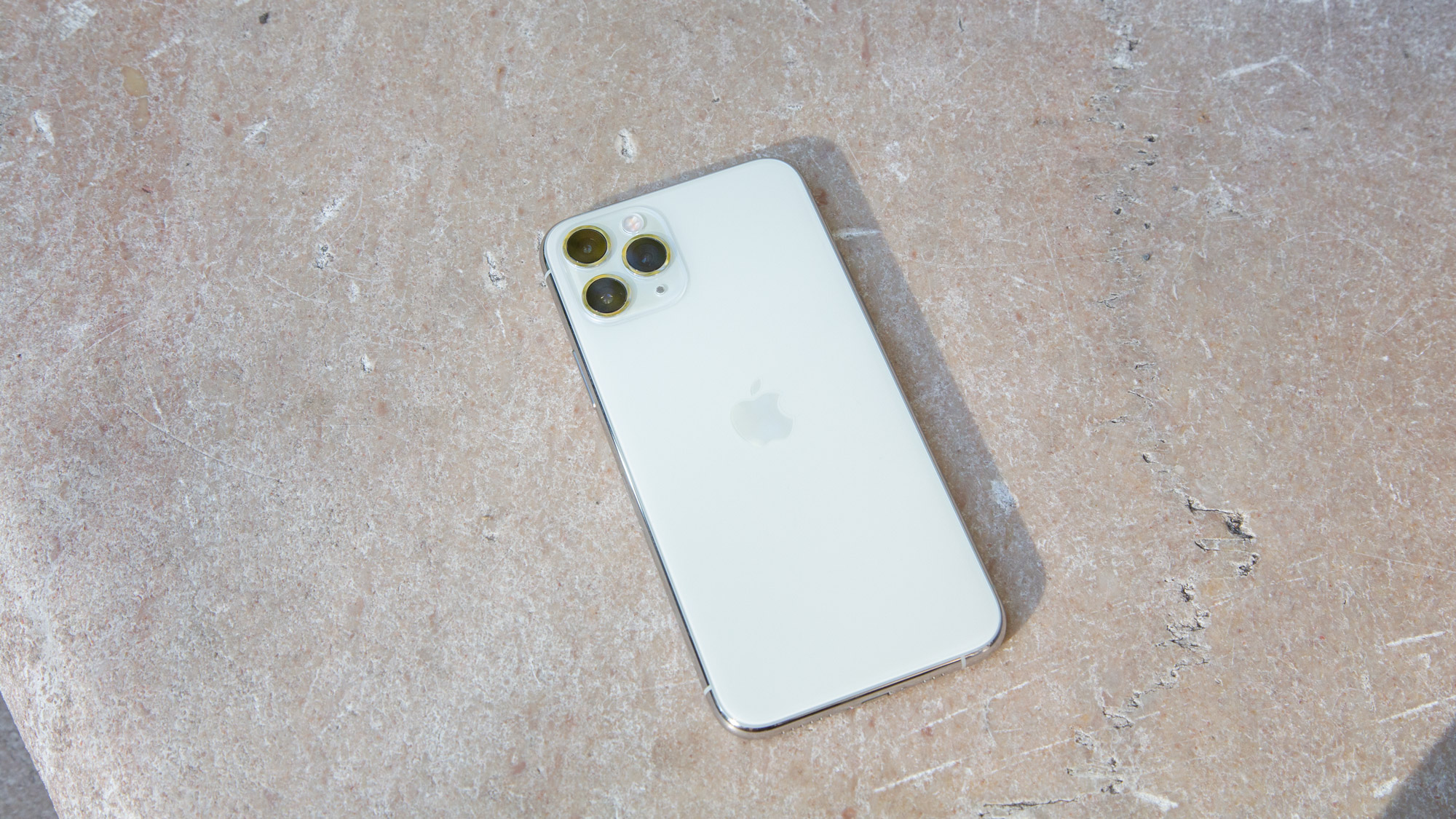 Perhaps the thing we want most from the iPhone 12 is a new design. Apple has been rolling out basically the same design for several years now, ever since it refreshed the look with the iPhone X.

Sure, some things get tweaked, but the core is the same. And it’s starting to look a bit dated. That’s thanks mostly to the large notch, which might be necessary for all the camera components needed for Face ID, but which we’d like to see shrunk or removed if possible.

Beyond that, we’d really like a whole new look. There’s not too much wrong with the rest of the iPhone 11 Pro’s design, but it certainly feels overly familiar at this point.

We’d like the iPhone 12 to have an all-screen front, and one way to achieve that is to move the front-facing camera under the display. If Apple can effectively achieve that, it’s sure to impress.

While it’s on, we’d like Apple to re-add a fingerprint scanner, for those times when Face ID isn’t working quite as slickly as it should. But we want this in the screen too, or better yet, make the whole screen one big fingerprint scanner, as it has been rumored Apple might be planning for a future phone. 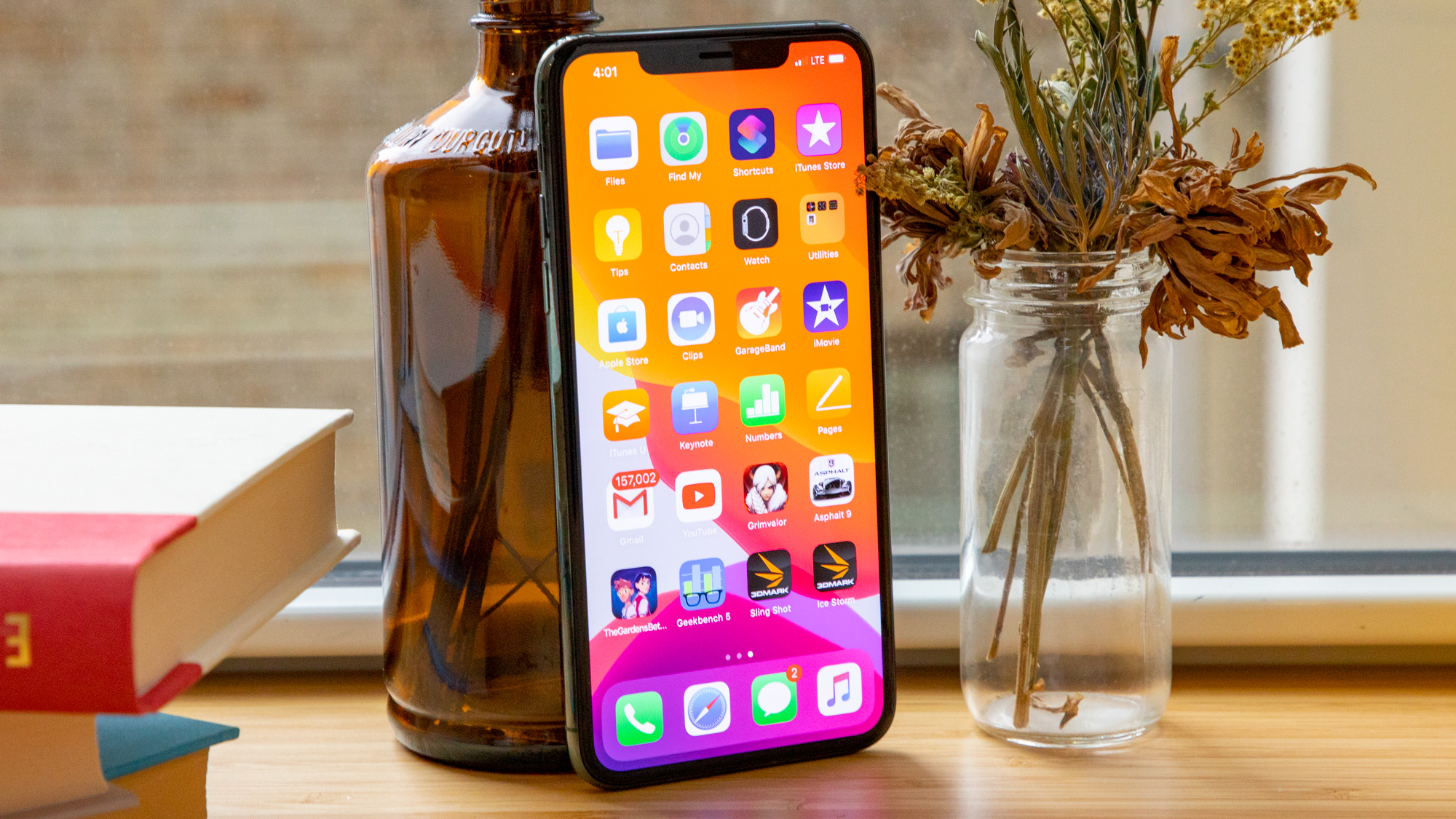 One way some companies are further improving their displays is by upping the refresh rate from the standard 60Hz. The OnePlus 7 Pro for example has an optional 90Hz refresh rate, while the Razer Phone 2 goes up to 120Hz.

This can help make interactions with the handset and animations feel silky smooth, so we’d like to see Apple offer a higher refresh rate of its own. It’s not out of the question, especially as some iPad Pro models have a refresh rate of up to 120Hz. Indeed, exactly that refresh rate has been rumored for the upcoming iPhones.

For the first time in years, with the iPhone 11 range it feels like Apple has really prioritized battery life in its phones, but we want the company to go even further with the iPhone 12. Or at the very least not go backwards.

We’re still waiting on an iPhone that can comfortably last two days, and we’d like the iPhone 12 (or at least the iPhone 12 Pro Max) to be it. 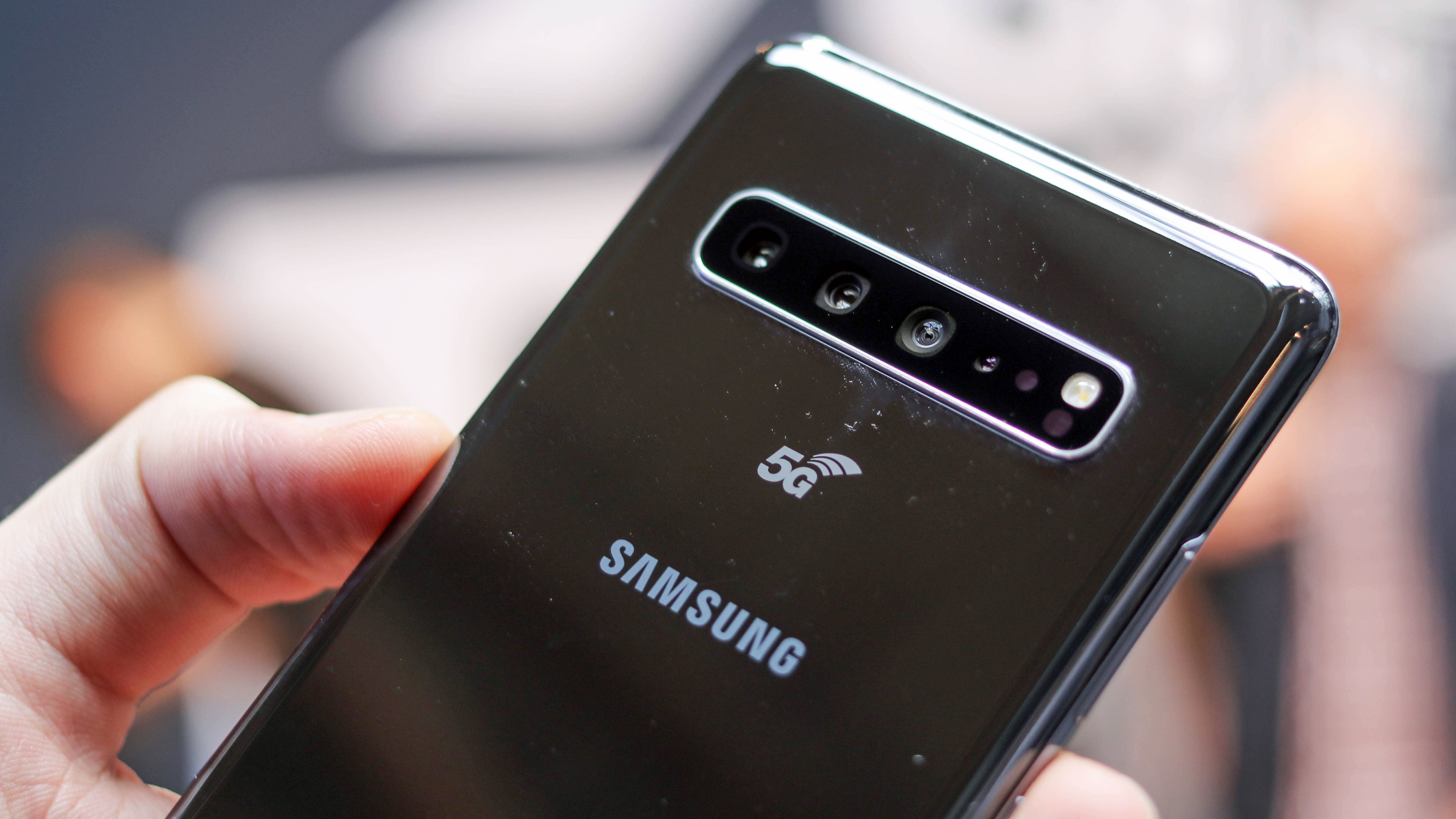 Apple is behind when it comes to 5G, as none of the iPhone 11 range offer it, while rival handsets like the Samsung Galaxy S10 5G and OnePlus 7 Pro 5G do.

Apple’s lack of support isn’t a big deal right now, as 5G coverage is still very sparse in most countries, but by the time the iPhone 12 launches it will be more widely available and a large number of other handsets will support it, so it will be time for Apple to jump on board.

The good news is that it’s heavily rumored that 2020’s iPhones will support 5G, so this is one thing we’re likely to get.

We ask for this every year with new iPhones and this year we actually kind of got it, with the base iPhone 11 starting at less than the iPhone XR did. So it’s actually not impossible that we could see an even lower price – or a reduced price for the rest of the range – with the iPhone 12.

We wouldn’t count on it, but Apple’s more affordable phones are typically its best-selling in recent years, so there should be some incentive to cut costs where possible.

Kinsas fever map could show just how crucial it ... How to make the most of working from home ...
Why Get Free API as your APIM, and What isthe AP ...