The iPhone 11, iPhone 11 Pro and iPhone 11 Pro Max may have launched September 10, 2019, but Apple couldn't bring itself to put out an iPhone SE 2 to land alongside them.

The iPhone SE 2 is one of tech's 'will it, won't it' stories, as rumors have alternated between saying it definitely does, then definitely doesn't, exist, and currently the meter points to it possibly being alive, but probably not landing until 2020. Following the iPhone 11's launch event, that 2020 date seems more likely than ever.

The iPhone SE 2 would be a 'true' budget alternative to the high-end iPhones, more so than the iPhone XR was, with downgraded specs from other devices but with a much lower price tag too.

But perhaps we're just going to have to come to terms with the fact it's just not going to happen - or at least not for a while.

That said, there are some hints that a new SE model could be on the way, as you'll see below.

Latest rumor: Multiple sources now suggest the iPhone SE 2 will have an iPhone 8-like design, one rear camera, and a 4.7-inch LCD screen.

The iPhone SE 2, if it ever launches, has current rumors pointing to either a launch in the first quarter of 2020, or a more vague early 2020 unveiling.

While we would take this with a pinch of salt for now, not least because we haven’t heard much about an iPhone SE 2 recently, it would make sense for Apple to launch one in the first half of 2020.

Apple has been losing market share recently and that’s likely in part because of the prohibitively high price of most of its phones. By launching an iPhone SE 2 the company would give buyers a more affordable option, and by launching it around six months after the iPhone 11 range it should arrive just as sales are starting to slow.

In terms of pricing, if we do see an iPhone SE 2 launch, it will likely remain Apple's most affordable iPhone.

The first iPhone SE 2 price rumor pointed to roughly $450 (which will likely translate to £450, AU$700 given how Apple prices its products worldwide), which seems believable.

However a more recent iPhone SE 2 price leak suggests it'll be more affordable than that, at $399 (probably £399, AU$600 given Apple pricing conventions). That's from a noted Apple Analyst, Ming-Chi Kuo, which lends credence to the rumor. He also recently reiterated the claim, suggesting that nothing has changed.

In terms of how the new iPhone is going to look, well - we've got three theories rolling around, and are are possible.

The latest leaks point to probably the most likely option, which is that the iPhone SE 2 will look a lot like the iPhone 8, complete with a 4.7-inch LCD screen and one rear camera. It's a claim we've heard multiple times, and for a while they weren't any renders of how this would look; then we got a render leaked, and it was exactly what we expected.

Another theory is that the new smaller iPhone will have an iPhone X-like screen, complete with notch at the top:

...but that was before Apple's 2018 phones were announced, and with the iPhone XR taking that style for its own, it appears that the rumor mill has crossed its wires and been sharing information on the now-real handset, as opposed to the still-theoretical SE 2.

The rear of the phone was said to pack the same dual cameras as the iPhone X, with a video of a purportedly leaked of the new iPhone SE 2. We'll leave it here for your pleasure, but the above notes mean its validity is now truly called into question:

BGR was also sent some sketches of the phone in this configuration from a 'reliable source', so it's got some grains of truth in there, with the notch at the top, no home button and no headphone port (the latter a regular rumor).

A new screen protector has also been shown off by regular leaker Sonny Dickson, which also shows off a notch at the top for a smaller phone.

There's something sketchy here though. In this form, the iPhone SE 2 is more of an 'iPhone X Mini'.

Dual cameras and the new screen would mean it would cost a lot more, which is against the point of the iPhone SE range, for people that want a smaller, cheaper iPhone. It all adds up to the rumors being sourced at the iPhone XR development center.

That said, we wouldn't completely rule out Apple following its current design style for an iPhone SE 2, especially as this would allow it to fit a larger screen in a smaller body, due to lack of bezels.

We also have the image below, which shows a design a lot like the original iPhone SE and with the headphone port intact. Could this be closer to any perhaps-planned iPhone SE 2 design?

It's a design that another leak seems to echo, adding that the iPhone SE 2 will have a glass back and support wireless charging, so with three distinct designs doing the rounds we're not sure what's accurate at this point.

Whatever the design, we do have some idea of the colors though, with Ming-Chi Kuo (a respected Apple analyst) saying to expect Silver, Red and Space Grey shades.

The latest report suggests the iPhone SE 2 could have a 4.7-inch LCD screen. But other than that it will apparently use many of the same components as the iPhone 11 range. So by the sounds of things you can expect flagship power in a smaller size and at a lower price.

That's a claim that we've now heard twice, with respected Apple analyst Ming-Chi Kuo saying to expect an A13 chipset (the same as the iPhone 11 range), 64GB of storage and 3GB of RAM, but an iPhone 8-like design, meaning probably a 4.7-inch screen. Kuo has since reiterated these claims.

In somewhat conflicting but much older (and therefore less likely to be accurate) news, we've heard that the iPhone SE 2 could have a quad-core A10 chipset, 2GB of RAM, a 12MP rear camera, a 5MP front-facing one, a 4-inch screen and that it could come in 32GB and 128GB sizes.

That would be an upgrade in some areas from the iPhone SE, but not much of one, putting it roughly in line with the iPhone 7, albeit with a smaller screen.

What's most confusing about the new phone is this: how would you get into it? Face ID has been rumored to not be available, in order to save money... so if the all-screen version is to be believed, how would you open the phone?

With that in mind, the more traditional, static design with the fingerprint scanner seems to have more weight... so let's see what appears.

iPhone SE 2: what we want to see

We’ve come up with a wish list, filled with features that we want to see in the new iPhone SE 2.

Some of them are pleas to Apple to not remove key specs, while others dare the company to try something new. 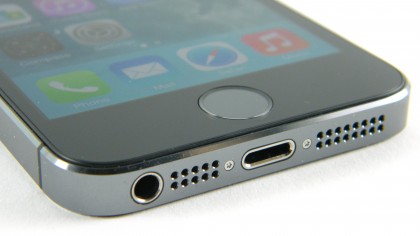 First things first: the iPhone SE has a headphone jack and we'd very much like it if Apple kept things in place for the iPhone SE 2.

If Apple doesn't mess with the design of the next iteration, there's little reason to see it removed. However, rumors point to a new look, so fingers are crossed that the 3.5mm headphone jack doesn't get left on the cutting room floor.

From a value perspective, the iPhone SE is high on the charts if you're looking for a phone that will last you through the day. As we discovered in our in-depth battery test, the SE swept the floor of the other popular iPhone models of the time, like the iPhone 7 and iPhone 6.

Its prowess at saving power makes sense. The screen is smaller and its boxy design doesn’t force Apple to slim down on the battery in the way that it might for a slimmer, sleeker chassis used with its core iPhone products.

While we're short on complaints about the SE's battery performance, it can only get better, right? We'd like to see Apple pushing some boundaries with its next phone with numbers that take it even higher. 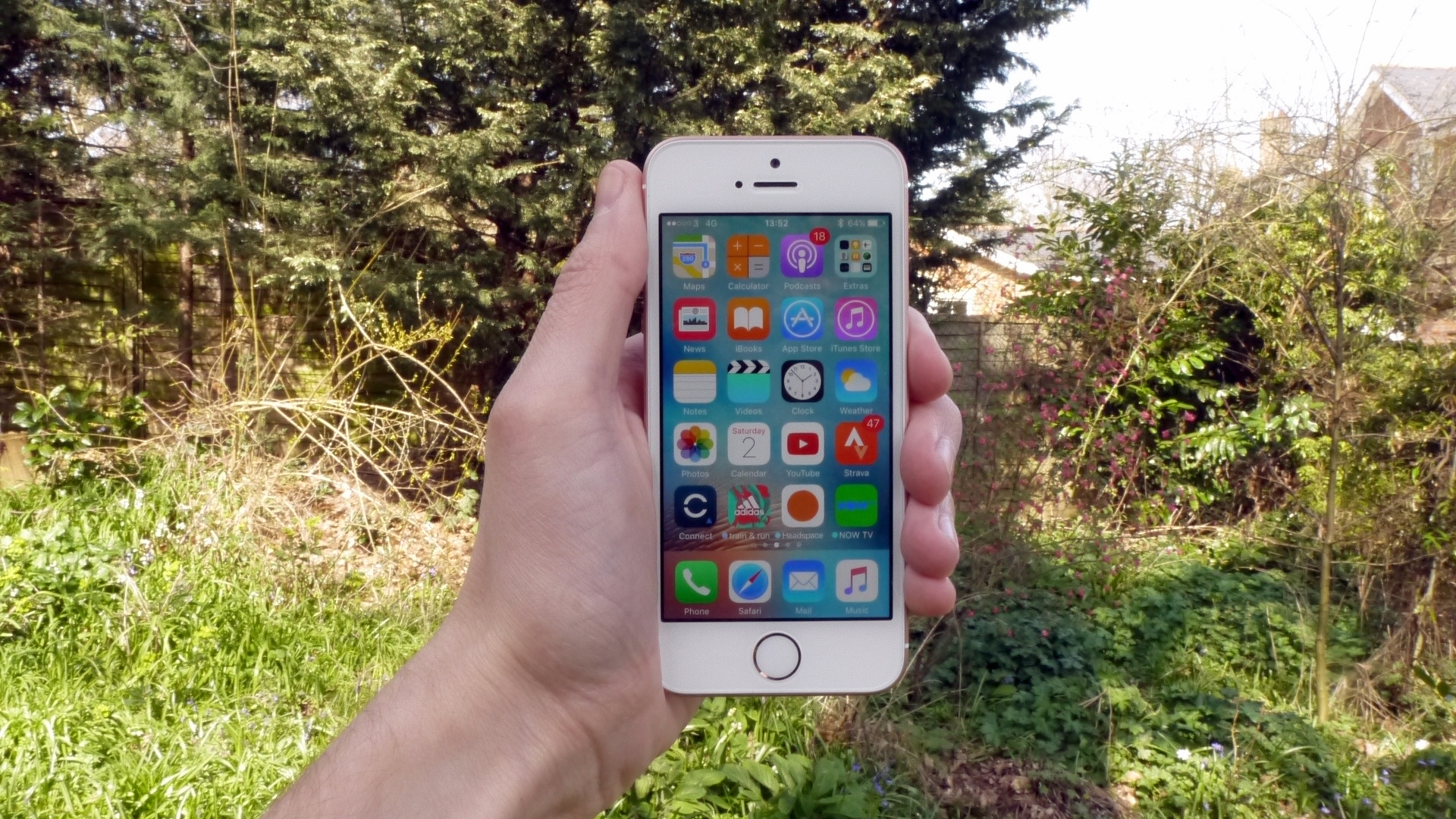 One of the more impressive things about the SE is that it fits in a similar set of specs found in the iPhone 6S. A punchy palm-sized smartphone that could handle everything that its fancier iPhone brethren could for a more digestible price.

There's no arguing that reviving the iPhone 5 design for use with the iPhone SE was a good idea. After all, it's a winning design, first debuted on the iPhone 4, that set Apple far ahead of its competition in terms of build quality.

However, there comes a time when even the best design ideas need to be left to the side. And when looking toward the release of the iPhone SE 2, that time is now.

We'd love to see something drastically different, all while sticking to the ergonomic four-inch size that SE fans are accustomed to.

Of course, if the design changes at all it will probably now take the form of a shrunk-down iPhone XR, but that's not necessarily a bad thing.

That's right, we want Apple to give the iPhone SE 2 a chance. There's still a market out there for people who want an iPhone that sits comfortably in the palm, can be used one-handed without inducing a drop risk, and doesn't take up every square inch of a pocket.

The iPhone SE form factor is loved by its fans, and while the iPhone SE 2 won't be a best-seller for Apple it will show that the Cupertino firm is listening to some of its most loyal fans.

Clouds growth cycle isnt behind us yet ... NASA may ask lunar lander aspirants to put more sk ...
Why to use Get Free API, and what is the API Manag ...