Sophia Wood Contributor
Sophia Wood is a principal at Magma Partners, a Latin America-focused seed-stage VC firm with offices in Latin America, Asia and the U.S. Sophia is also the co-founder of LatAm List, an English-language Latin American tech news source.
More posts by this contributor

December has been a strong month for Brazilian startups, bringing a big IPO and a new unicorn for local companies. Tech-driven investment firm XP Investimentos went public on the US Stock Exchange in mid-December raising $1.81 billion in the fourth-largest IPO of 2019. XP’s stock price jumped 30% on its first day of trading from $27 per share to $34.50.

XP was founded in 2001 to provide brokerage training classes to Brazilians to help them invest in the international stock market. Today, it is a full-service brokerage firm, providing fund management and distribution to over 1.5 million customers in Brazil.

Notably, XP has outlined a strategy for beating Brazilian banks, among the most profitable in the world, in its 354-page report to the SEC. Brazil’s banking market is highly concentrated, with the top five players dominating 93% of market share. This concentration has led to significant inefficiencies that XP tries to disrupt by offering a variety of financial products through an accessible online platform.

The heavy bureaucracy of these banks will prevent them from innovating quickly enough to compete with newer institutions like XP, whose debt products are attractive to frustrated Brazilian customers. The inefficiency of the Brazilian financial system has opened opportunities for companies like XP, or neobank Nubank, to rapidly attract customers who are disgruntled with the traditional system.

Brazil has seen a new unicorn emerge almost every month this year, and December was no exception. Gaming startup Wildlife raised a $60 million Series A round led by US-investor Benchmark Capital at a $1.3B valuation to become the country’s eleventh unicorn. This round was big even for Silicon Valley standards, and it is uncommon for startups even in markets like the US or Europe to hit a $1 billion-plus valuation in such an early round.

Wildlife has created over 60 games since 2011, including Zooba and Tennis Clash, which have both reached global acclaim. Founded by brothers Victor and Arthur Lazarte, Wildlife operates on a freemium model that only charges users for in-app purchases. They plan to use the funding to double their employee base and grow to $2B in 2020, continuing the 80% yearly growth they have seen since 2011.

Konfio provides small business loans in Mexico through an online platform to help SMEs gain liquidity and grow their operations. These small businesses are often overlooked by banks in Mexico and Latin America who do not know how to price risk for businesses that process under $10 million per year.

Konfio recently raised $100 million from SoftBank’s Innovation Fund, the third investment that SoftBank has made into Mexico since launching the fund. The capital will go toward financing working capital loans, as well as creating new products for Konfio’s customers. Today, Konfio’s loans average at around $12,000, while banks still struggle to loan under $40,000. The tech-driven platform allows Konfio to disburse loans within 24 hours without requiring collateral.

Small business lending is a tremendous opportunity in Latin America, where banks are among the most profitable and the least competitive in the world. Brazil’s Creditas and Colombia’s OmniBnk are among the other startups who are providing innovative products that calculate risk more effectively than banks in Latin America’s complex lending environment. 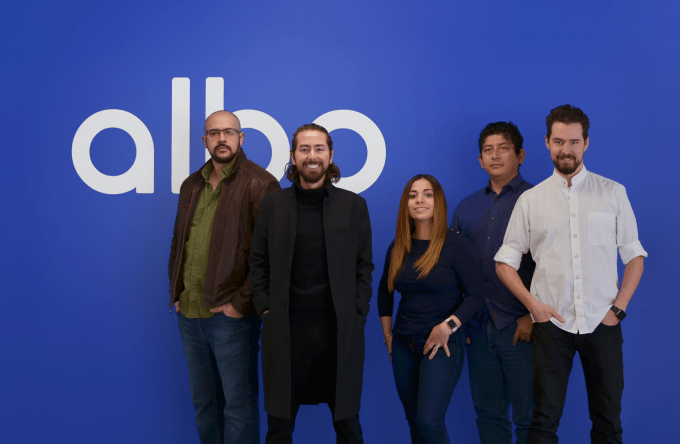 The Albo team has raised $26.4 million to scale its leading neobank.

In an extension of a Series A round, Mexico’s albo raised a further $19 million from Valar Ventures to bring their newest round to $26.4 million in total. Albo previously raised $7.4 million from Mountain Nazca, Omidyar Network, and Greyhound Capital in January 2019. Albo’s mission is to provide banking services to unbanked and underbanked clients in Mexico. Over half of albo’s customers claim that albo was their first-ever bank account.

Founded by Angel Sahagun in 2016, albo quickly became Mexico’s largest neobank, serving over 200,000 customers and sending out thousands of new cards every day. The investment from Valar Ventures, founded by Peter Thiel (also an investor in N26 and Transferwise), is a vote of confidence for this Mexican fintech. Albo has also previously received investment from Arkfund, Magma Partners, and Mexican angels.

Albo plans to use the capital to develop new products, including savings and credit services, in the coming year. Mexico will likely be a battleground for Latin American neobanks in 2020, as Klar, Nubank, and potentially Argentina’s Uala, will begin to grow in the region’s second-largest market. While there is room for several competitive neobanks to thrive in Mexico, this industry will be one to watch in 2020.

Brazilian cloud-kitchen startup Mimic raised $9 million in a seed round led by Monashees to develop a more efficient food delivery model in Brazil. Mimic will exclusively manage the logistics of “dark kitchens,” which exist only for delivery and have no sit-down facilities, saving time and money for clients. Mimic will use the investment to grow its team.

An early-stage online lending startup in Brazil, Rebel, recently raised $10 million from Monashees and Fintech Collective to provide unsecured loans to middle-class Brazilians at affordable rates. Rebel has lowered rates to around 2.9% per month, compared to 40-400% at Brazil’s largest banks. The startup uses a proprietary algorithm to calculate risk for clients and provide loans rapidly through its online platform.

Colombia’s Rappi recently announced an expansion into Ecuador, where it has rapidly reached 100,000 users between Quito and Guayaquil, the country’s two largest cities. Rappi is now active in nine countries and over 50 cities in Latin America.

Given the arrival of the SoftBank Innovation Fund, Latin American startup investment in 2019 will likely more than double the $2 billion invested in 2018. Here are a few of the highlights we saw this year:

Latin America’s startup and investment ecosystem has likely more than doubled this year as compared to 2019. As international investors like SoftBank, Andreessen Horowitz, Sequoia, Accel, Tencent, and others are taking more bets on the region, more startups than ever have scaled and reached unicorn status. These startups will continue to scale in 2020, taking on a regional presence to provide services to Latin America’s 650 million population.

Rigetti Computing took a $71 million down round, b ... Cheaper AMD Ryzen motherboards may be coming, as B ... 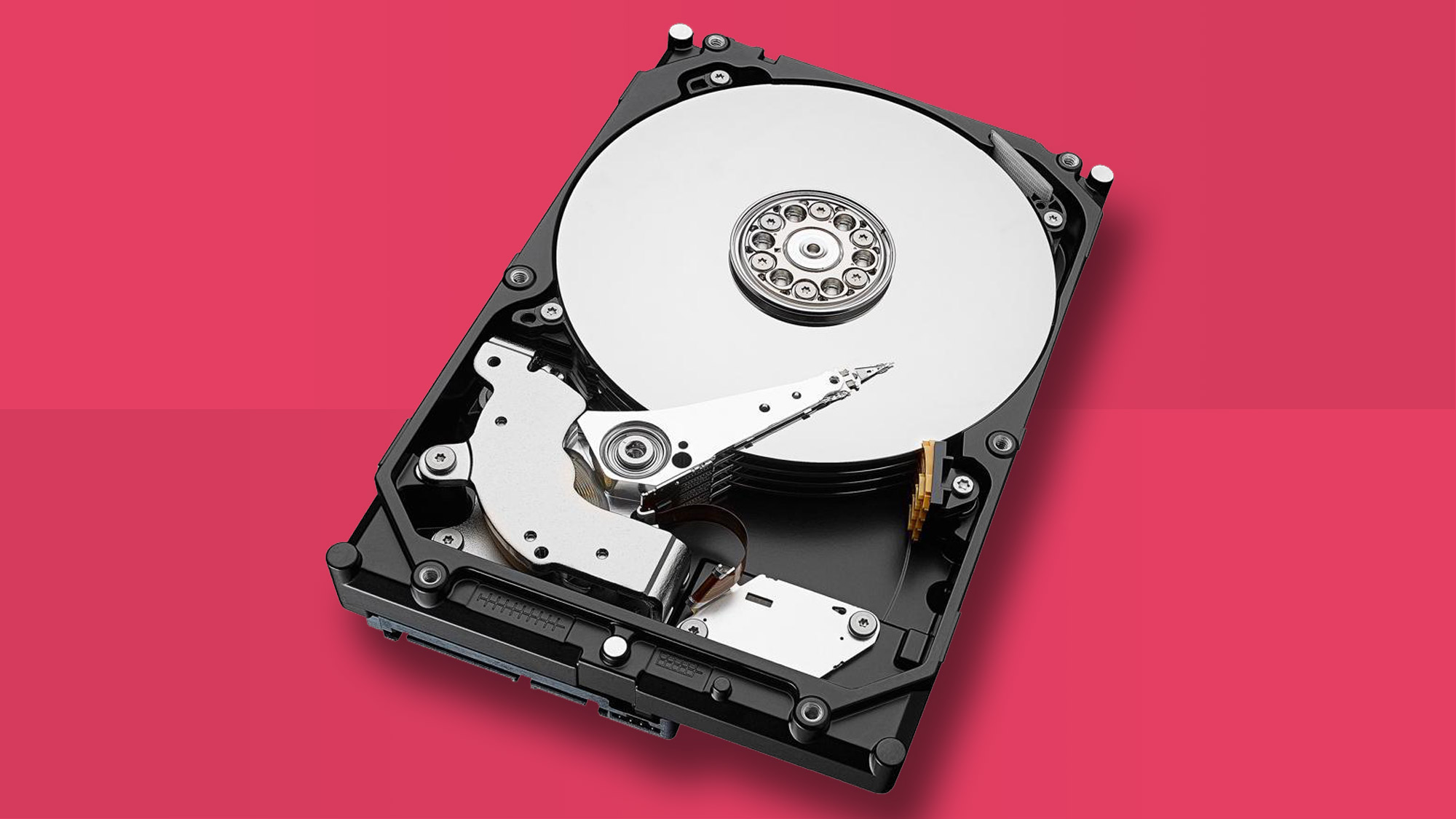 This is the cheapest portable hard drive per terab ...
Why Get Free API as your APIM, and What isthe AP ...