Nvidia’s RTX 2080 Super and 2070 Super mobile GPUs could be due to land soon, with a beefy power bump compared to the vanilla RTX 2080 and 2070 offerings, according to a fresh leak.

This comes from PC GamesN, which obtained a confidential Nvidia presentation slide that shows the relative performance of the firm’s current mobile GPUs compared to the purportedly incoming RTX 2080 Super and 2070 Super.

Assuming the slide is genuine, the bar chart shows the power levels of these laptop graphics cards in comparison to the GTX 1050 mobile GPU. The existing RTX 2070 notebook GPU is around 5.3x faster, but the RTX 2070 Super is more like 5.8x faster than the 1050. 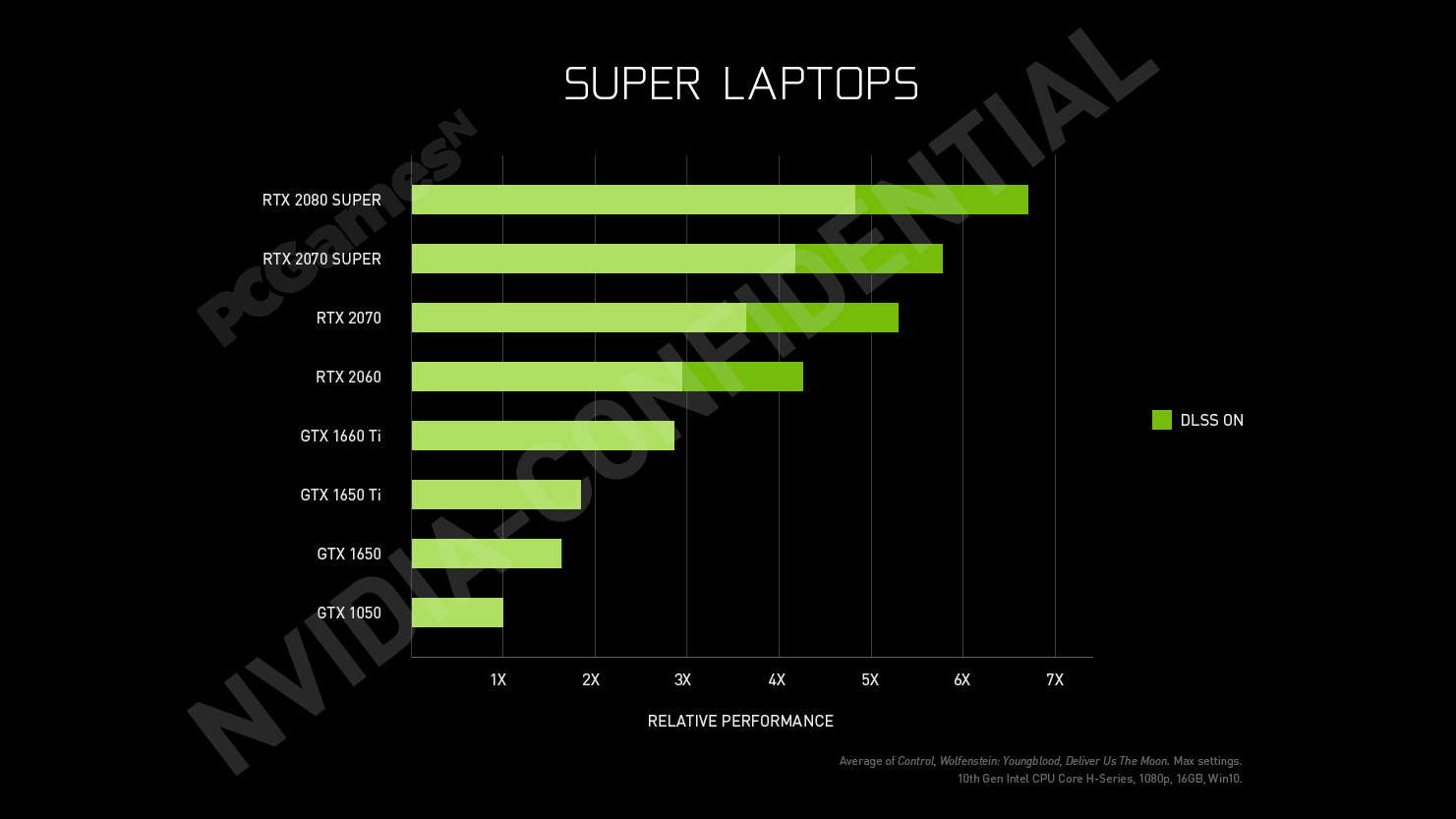 The graph only gives us a rough indication, as you can see above, and the performance levels are based on an average across three games, namely Control, Wolfenstein: Youngblood, and Deliver Us the Moon. Those are all on maximum settings at 1080p resolution, running on a laptop with a 10th-gen Intel Comet Lake-H CPU (another as yet unreleased piece of hardware, of course) and 16GB of system RAM.

Again, as with any leak, we have to treat this with caution, but it’s certainly enough to start getting us excited about the potential power of the incoming top-end Super mobile GPUs.

And the fact that the slide exists – assuming it’s genuine – apparently as part of a release kit going out to laptop manufacturers, further points to the hope that we might see these graphics solutions officially unleashed soon, perhaps even later this month. Four steps that lead to a future-fit business ... In flashpoint for the rebellion against big tech, ...

Hellblade 2: everything we know about the Xbox Ser ...