After unveiling its concept phone at CES 2020, OnePlus is taking its Concept One on a world tour across 10 cities. The highlight of the OnePlus' concept phone is it's 'disappearing camera' which hides the lenses on the back until the camera app is opened.

Being a concept phone, its highly unlikely that you'll ever be able to buy it and looks like OnePlus understands that. The company is taking the Concept One smartphone to cities in North America, Europe, and India, where interested folks can attend a special showcase to see the concept phone in-person. 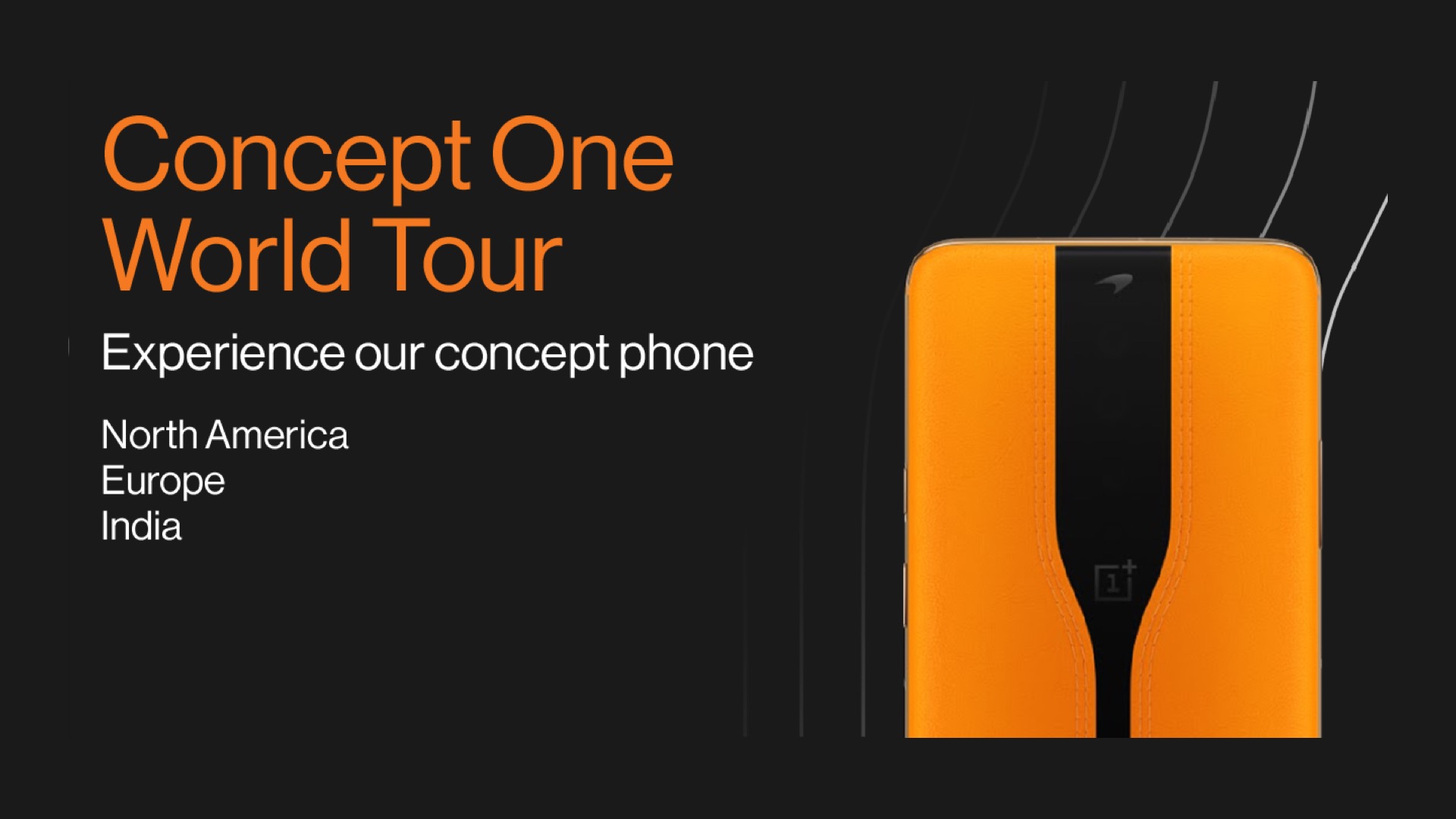 OnePlus took to its Forum and announced that its kicking-off the world tour of the Concept One smartphone from February 5. There are 10 events scheduled starting with Paris followed by Seattle, Cologne, Delhi, Mumbai, Bangalore, Amsterdam, Woking, Helsinki and concludes in Copenhagen on February 19.

Here's the complete schedule of the OnePlus Concept One World Tour.

The OnePlus Concept One uses a 1.3mm Electrochromic (EC) glass cover on the camera which turns opaque when the cameras are not in use. The same EC glass solution is used by McLaren to make the sunroofs of their cars transparent.

When you open the camera app, a signal is passed through the EC glass which makes it transparent, thus allowing you to take pictures. However, when you close the camera app, the lenses seemingly disappear and cover turns opaque.

While we don't expect OnePlus to put the EC glass on the back of this year's upcoming phones, it's surely a novel feature that sets the company apart from other OEMs.

Save over $200 with discounted student tickets to ... The Mandalorian season 2 has finished filming ... Preparing your customer-facing workforce for remot ...