After months of speculation, Overwatch 2 made its official debut at BlizzCon 2019.

The sequel to Blizzard's team-based shooter was revealed by creative director Jeff Kaplan at the annual event, accompanied by an emotional cinematic trailer (which you can find below).

Overwatch 2 is a bit of a deviation from the series' usual format. The sequel will feature new PvP modes, with Push being the staple of competitive play, as well as new maps, cosmetic items and characters – including Sojourn, who was unveiled during the event.

While these new PvP modes are expected, new for the series is the addition of story and hero missions that allow for cooperative play – a first for the Overwatch series. In these "highly-replayable" missions, you and five friends will attempt to complete objectives together against the AI, which should serve as a welcome reprieve from the intense online PvP modes the series is known for.

There's quite a lot to wrap your head around – but don't worry, as we've gathered together everything we know about Overwatch 2 so far below for your perusal.

Blizzard officially unveiled Overwatch 2 at BlizzCon 2019. Apparently the sequel is still in early development and Blizzard doesn't know when it will release.

"I don't know. I have no idea," creative director Jeff Kaplan said during the Overwatch 2 reveal panel. "Like, just let us make it great, that's what we care about more than anything. We don't have a date in mind." 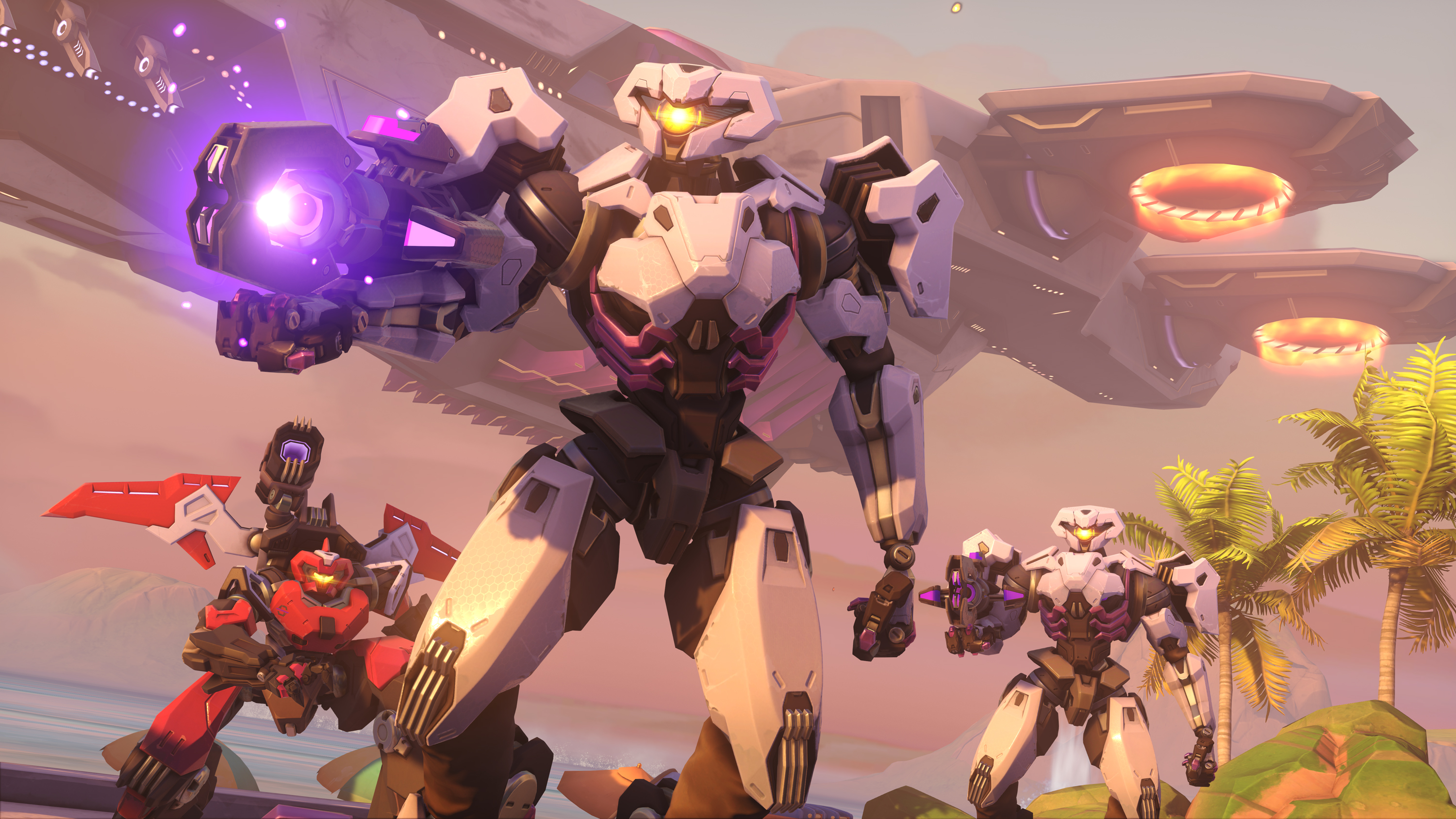 Check it out below (but have some tissues at the ready):

We've gathered together all the news and rumors surrounding Overwatch 2 below, alongside the confirmed features so far:

Blizzard has been fairly tight-lipped when it comes to the hero roster for Overwatch 2 but fans who tuned into Jeff Kaplan's Yule Log livestream have been left wondering if the director was teasing a new hero for the next release (via ComicBook). During the course of Kaplan's livestream, while building an Overwatch Lego set at around the 6 hour and 11 minute mark, he mentions established Overwatch character Junker Queen and threw out some questions on whether or not she's "ever going to be a hero" and what role she might take if she was one. It was far from a confirmation of anything but it's been enough in an otherwise quiet livestream to grab the attention of Overwatch fans. We imagine if Junker Queen is going to be a hero in Overwatch 2 we'll get a confirmation closer to the game's release whenever that may be.

In a recent interview, Overwatch 2's assistant director, Aaron Keller, and lead writer, Michael Chu have expanded a little on the team's ambitions for PvE play. According to Keller, there are "lots of heroes" in the work for the game and that its PvE maps are "2x larger than regular Overwatch maps."

Naturally, as stated before, PvP is still a focus for the team and progression in PvP will be "entirely separate" from PvE.

According to Keller,  “we don’t want gameplay changing talents and abilities to give an unfair advantage in PvP. We’re still exploring what players can earn in PvE and building out the progression system for that. Our goal is to make a robust meaningful progression system that feeds into our Hero Missions where players can play and replay for many hours or as their main mode of play after they complete the Overwatch 2 story.”

Narrative focus
“With Overwatch 2, we’re building the cooperative, narrative-driven game experience that players have been asking for since the original—and that we’ve wanted to make for a long time,” said J. Allen Brack, president of Blizzard Entertainment. “We’re looking forward to telling the next chapter of this epic story in-game, and we’re excited to give players a whole-new kind of co-op experience built around progressing and customizing their favorite heroes – all while providing even more of everything they love about Overwatch today.”

PvP is still a focus
Despite a heavy emphasis on the new co-operative modes, Kaplan took time to dispel the myth that Overwatch 2 would lose out on the multiplayer modes that made 50 million people play the game in the first place.

In fact, according to Kaplan, a huge focus for the Overwatch 2 team is making PvP as good as it possibly can be – which includes new maps, new modes and new characters further down the line.

Cosmetic items will cross over
According to Kaplan, all the cosmetic items earned in the original Overwatch will be ported over to Overwatch 2 – a move that will help expedite the transition to the new game.

Hero missions
Hero Missions see the Overwatch team traveling the globe, defending cities against robot invasions, taking on elite Talon agents, and battling the villainous forces laying siege to the world. This "highly-replayable mode" will allow players to level up their favorite heroes and earn powerful customization options that supercharge their abilities in co-op play – such as altering Reinhardt’s Fire Strike to ignite nearby enemies or modifying Tracer’s Pulse Bomb to cause a devastating chain reaction – granting the extra edge they need against the overwhelming odds. 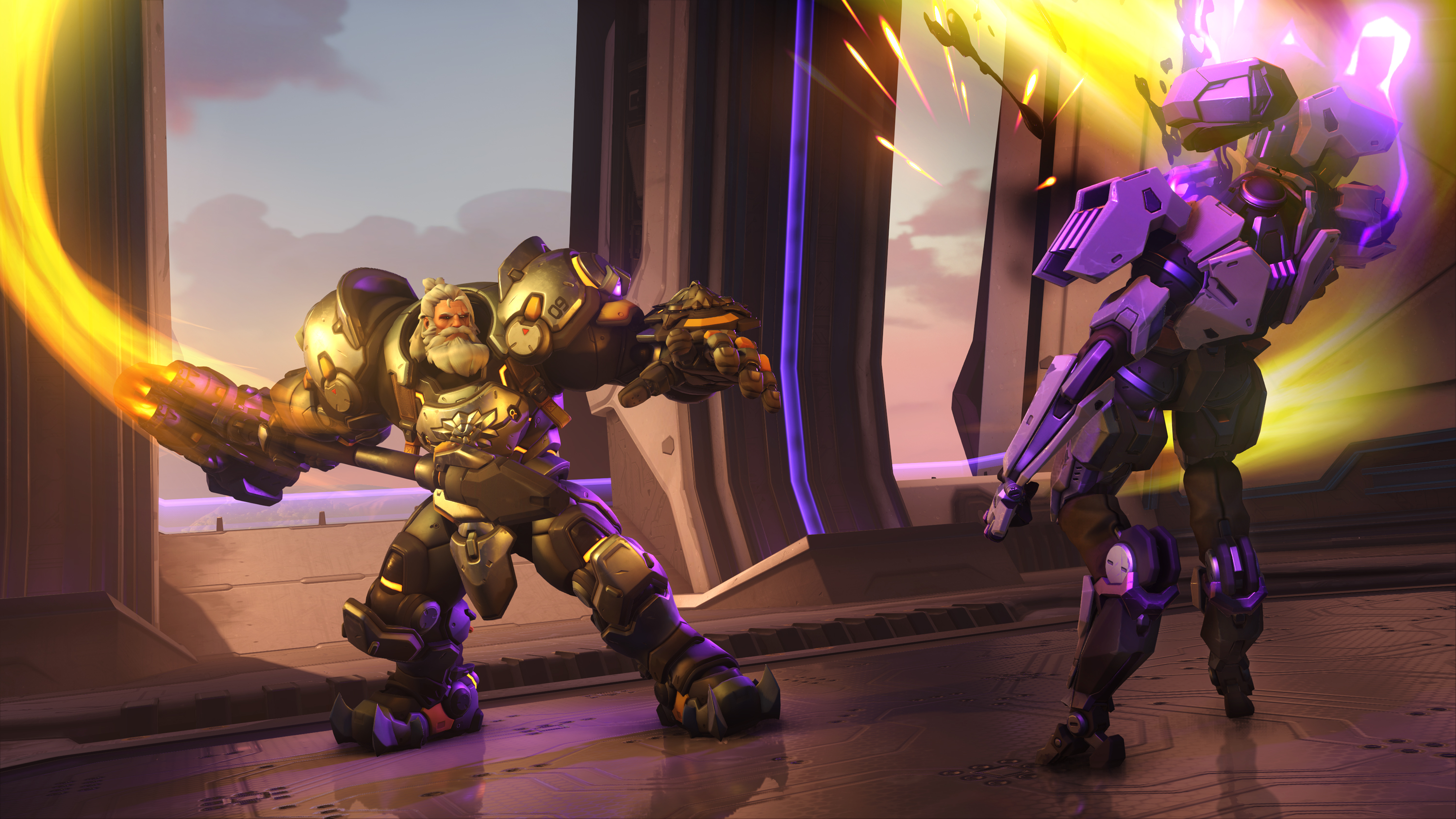 Co-op missions
Co-operative missions see players teaming up to "stand together against an overwhelming outbreak of threats around the globe".

Overwatch 2 Play
Similar to what we seen with its predecessor, Overwatch Play carries forward existing players’ accomplishments and loot collections and features the current complete Overwatch roster, a new generation of heroes, new maps that "widen the scope of the world" and a new Push map type – plus more to be revealed.

Story missions
Story missions sees Winston, Tracer, and other members of the original Overwatch, join forces with a new generation of heroes. Players will take an active role in the Overwatch saga as a new global crisis unfolds through a series of intense, high-stakes four-player missions. As the story progresses, players will team up as different sets of heroes and fight to defend the world from the omnic forces of Null Sector, uncover the motives behind the robotic armies’ attacks, and come face-to-face with rising new threats around the globe. 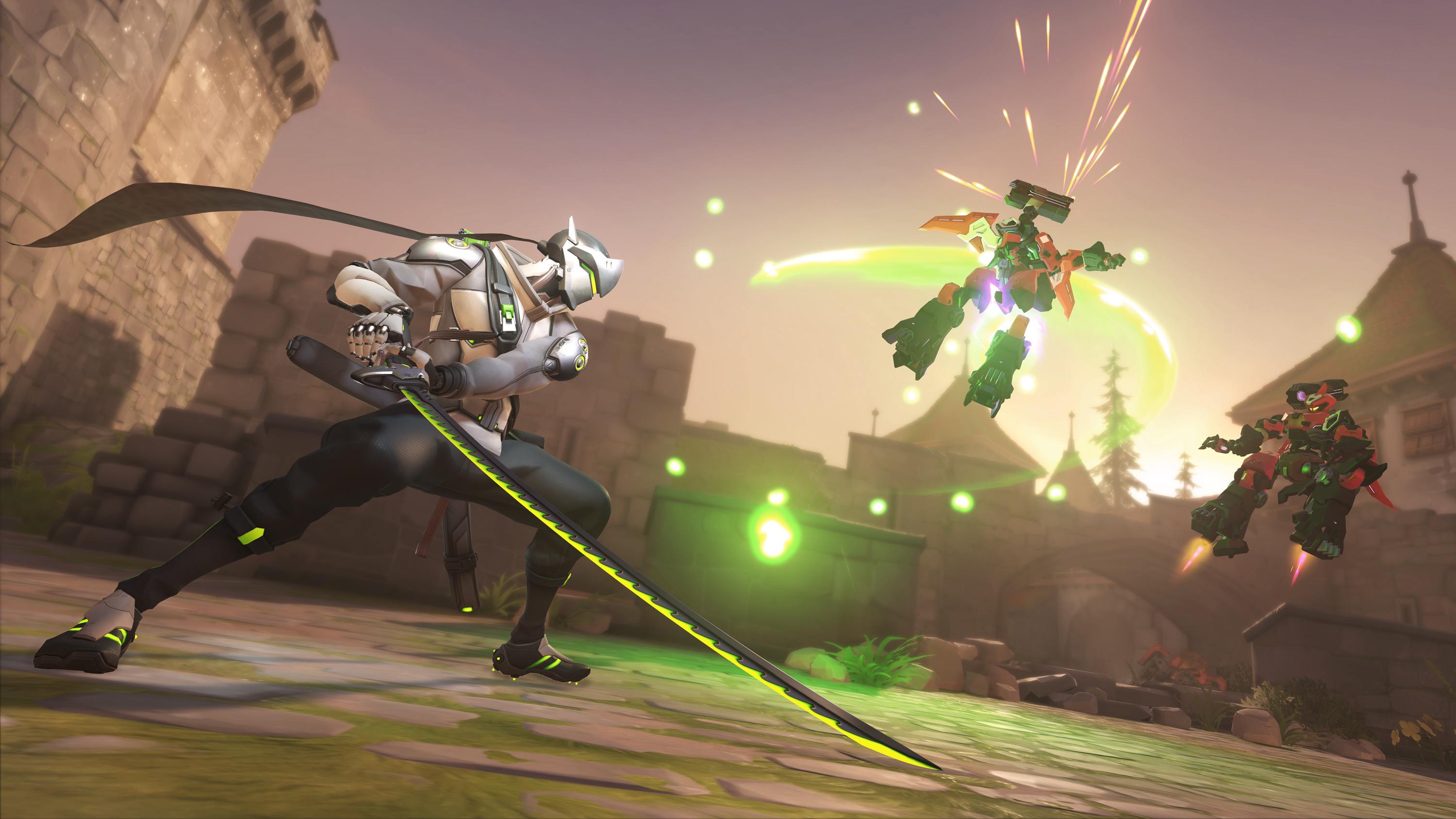 New engine upgrades
Overwatch 2 introduces significant engine upgrades that support larger maps for co-op (PvE) play, as well as the wide variety of new enemies and factions that players will encounter on their missions. The game also introduces visual enhancements.

BlizzCon 2019
Overwatch 2 was officially revealed at BlizzCon 2019, alongside an eight-minute cinematic trailer. We also got a three-minute gameplay trailer which showcased the sequel's new look, alongside new hero abilities.

Overwatch 2 will feature new PvP modes, with tug-of-war Push being the staple of competitive play, as well as new maps, cosmetic items and characters, including Sojourn. While the new PVP modes are expected, new for the series is the addition of story and hero missions that allow for cooperative play – a first for the series. Upgrading PHP to the latest version any System wit ...
AWS Encryption in Transit and at Rest ...