Sony Xperia 2: what we want to see

The Xperia 1 was the start of a new flagship range from Sony, with a new aspect ratio and truly top-end specs. Given it was introduced in February 2019, we're expecting a successor around the same time in 2020 - and we're already hearing rumors about the Sony Xperia 2.

There's not much yet , but what we're hearing doubles down on the original Xperia 1's advantages - namely, possible changes to its cinema-friendly 21:9 display that could potentially bring a notch or punch-hole. We're still early in the lifecycle of leaks and rumors, so plenty of changes could be in store that we simply haven't seen yet.

We’ve also come up with a wish list of things that we want from the phone, so read on for our constantly updated guide to the handset, covering everything we’ve heard and everything we’re hoping for.

Update: A major leak has revealed the possible design and specs of the Sony Xperia 2, pointing to a slight downgrade in some ways from the Xperia 1. But another suggests an expansion of the 21:9 display to house the front-facing camera in a notch or punch-hole instead of the Xperia 1's black-bar top bezel.

The Sony Xperia 1 was announced in February 2019, but it didn’t actually go on sale until June. Those two things might make you think that we won’t get a Sony Xperia 2 until February 2020 or later, and that is entirely possible, but Sony’s track record suggests otherwise.

You see, the company usually launches two flagships each year, with the second coming in the third quarter, often announced at IFA (a tech trade show in Berlin, Germany). We didn't get the Xperia 2 at IFA 2019 though – instead, we got the Xperia 5, which offered some of the Xperia 1's features in a smaller form factor and at a slight discount.

That would seem to leave the way clear for a full-featured, full-sized Sony Xperia 2 announcement at the end of 2019 or in the first part of 2020. We might well see the phone make its debut during the MWC 2020 expo at the end of February.

Whenever the Sony Xperia 2 lands, it’s sure to be expensive. Exactly how expensive is unclear for now, but for reference the Xperia 1 launched at $949 / £849 (roughly AU$1,365), so the Sony Xperia 2 may well have a similar price tag.

It's hard to separate out the Xperia 2 rumors from the already launched Xperia 5, but one tidbit we have heard is that the Xperia 2 is going to be running the Snapdragon 865 processor. That chipset hasn't appeared in any handset to date, so the Xperia 2 would instantly be one of the most powerful phones on the planet.

There are also rumors that Sony is planning something special for the camera, with maybe as many as eight lenses around the back. Take that with a pinch of salt for now.

Our closest look at what might be the Sony Xperia 2 comes from leaked renders (below), which show a triple-lens rear camera running down the left edge (rather than being central like it is on the Xperia 1).

The design otherwise looks similar to the Xperia 1, with a plain back, a likely 21:9 screen, a right edge crowded with buttons, and a full bezel above the screen. A recent patent filing suggests that Sony could be abandoning the clean yet dated-looking full-bar top bezel in favor of a notch or punch-hole.

As such, while they describe this as Sony's next flagship, its possible the phone will launch as something other than the Xperia 2 - perhaps the Xperia 1S or 1V, or maybe the Xperia 1 Compact.

They also claim that this phone will have a Snapdragon 855 chipset, 6GB of RAM, 128GB of storage, and a triple-lens rear camera with a 12MP main lens, a 12MP telephoto one, and a 12MP wide-angle one. That would make the specs aside from the screen very similar to those of the Xperia 1, whereas the Xperia 2 is probably going to pack more of a punch.

Elsewhere, we've also seen leaked case renders (below), which line up with the leaked images above.

The design also matches an earlier leaked render shared by CashKaro, with the source of this leak adding that the Sony Xperia 2 apparently has a 6.1-inch screen and measures 158 x 68.3 x 8.3mm (rising to 9.2mm at the rear camera bump).

The phone has also been rumored again to have a Snapdragon 855 chipset and 6GB of RAM, along with a 3,000mAh battery with support for wireless charging.

Elsewhere, Sumahoinfo has spotted a user agent profile for a Sony phone believed to be the Xperia 2. It has a screen resolution of 1644 x 3840, which is the same as the Xperia 1, therefore also pointing to the same 21:9 aspect ratio. Though notably that would be higher resolution than one other leak has said.

Finally, LetsGoDigital has spotted a Sony trademark for something called ‘S-Cinetone’. We’re not sure what this is and there’s no guarantee it will come to the Sony Xperia 2, but from the name it sounds like something related to film-making, which is a feature Sony put a lot of focus on for the Xperia 1.

Along with what we’ve heard about the Sony Xperia 2 above, we also have a list of things we want from it. You’ll find this below.

The Sony Xperia 1 has a great screen in a lot of ways, but it falls short when it comes to brightness, which means content doesn’t look as good as it might otherwise. This is even more of a problem when using the phone in direct bright sunlight.

It seems like it should be an easy fix for Sony to make the Xperia 2 brighter, especially since most phones seemingly manage to have brighter screens, so let’s just hope Sony is aware of the problem and chooses to fix it.

2. A much bigger battery

The Sony Xperia 1 is a massive phone with a weirdly small 3,330mAh battery, which resulted in it struggling to last a day of moderate use in our tests. That’s really just not good enough, so we’d love to see Sony pack a bigger battery into the Xperia 2 and ensure the phone lasts longer.

The Samsung Galaxy S10 Plus, Huawei P30 Pro, OnePlus 7 Pro and others all have batteries of 4,000mAh or more, so hopefully Sony will follow suit.

We have two issues with the fingerprint scanner on the Sony Xperia 1. First, the big one: it just doesn’t successfully recognize our finger often enough. In fact, in our review we found it only successfully worked around 40% of the time, which really doesn’t cut it.

The other issue is the position of the scanner. It’s side-mounted, which actually isn’t a terrible place for it. It keeps it out of the way and makes it more accessible when the phone is on a desk than a rear-facing scanner. But in a world where many flagships have in-screen scanners it also feels a bit dated.

So we’d like to see Sony put the scanner in the screen for the Xperia 2, and we really, really want Sony to improve the reliability of the scanner.

The fingerprint scanner placement isn’t the only dated aspect of the Sony Xperia 1’s design, it also has a full bezel above the screen and a fairly large one below it.

For the Xperia 2, we’d like to see Sony shrink the bottom bezel right down and replace the top one with a punch-hole or notch, or even get rid of it completely and use a pop-up or in-screen camera.

The Sony Xperia 1 has three rear lenses, but two of them are slightly flawed, with the wide-angle lens leaving pictures looking unnaturally stretched at times, while the telephoto lens only supports 2x optical zoom, which is less than we’d like.

These aren’t huge problems, but they’re also obvious places for improvement and with most people using their phones as their primary cameras they’re improvements that are sure to be appreciated.

One flagship feature that the Sony Xperia 1 lacks is wireless charging. While it’s not quite alone in this, wireless charging has become a fairly standard feature at the top end so it’s disappointing that it’s missing here. Hopefully for the Xperia 2, Sony will implement it.

We have mixed feelings about the Sony Xperia 1’s 21:9 aspect ratio, as while it’s great for watching videos on it’s arguably not so good for lots of other use cases. But it’s different to the vast majority of other phones, and we like that about it. 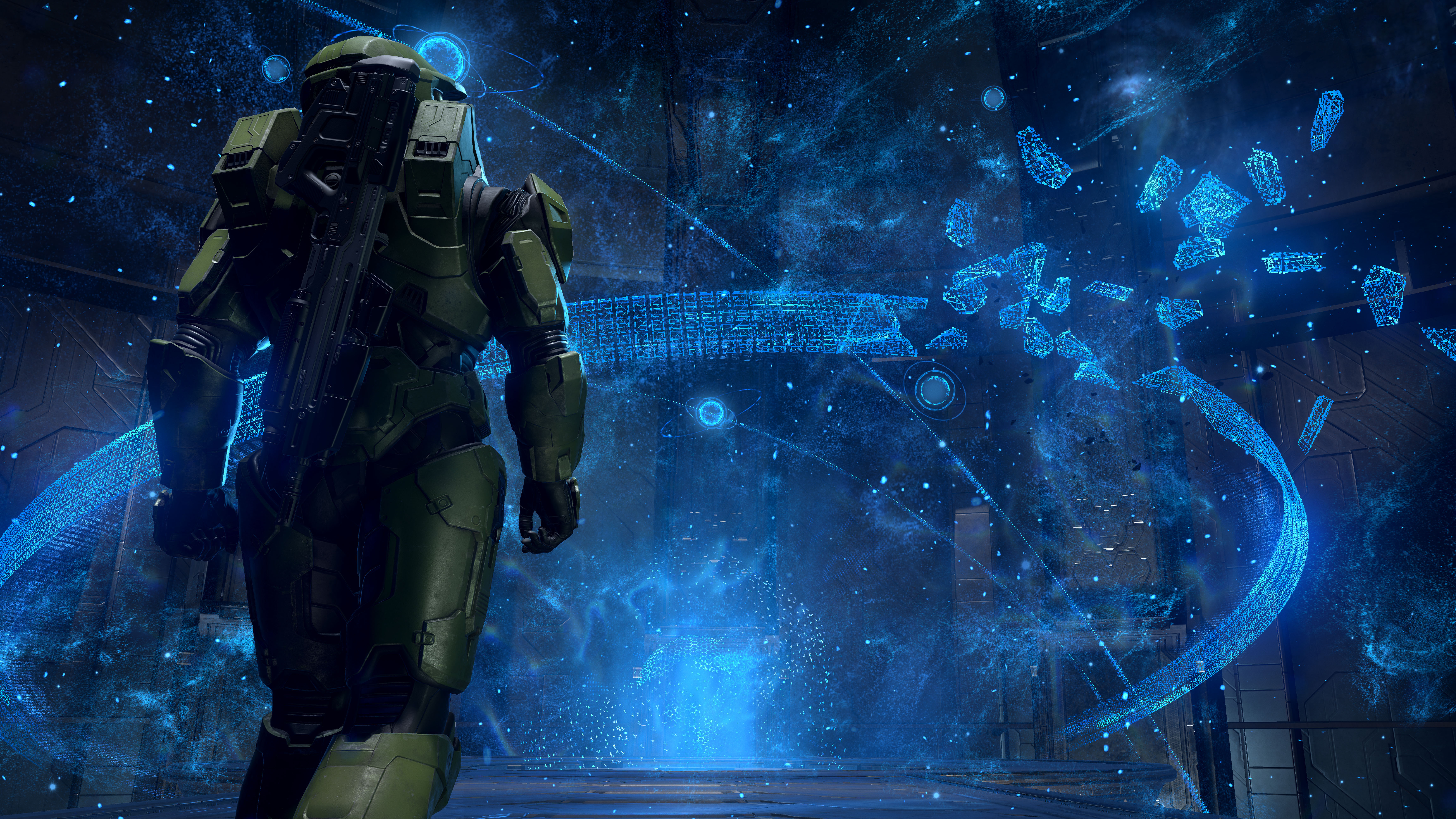 Mobile phone deals: these retailers are still deli ...
Getting Started with using Bootstrap Barrio in Dru ...