The best Nokia phones of 2020: find the right Nokia device for you

Most people think of Nokia phones when they think about mobile phones or cell phones. It's a long-running brand (even if the name has been passed around a few companies over the years), and it's built up a popular following because of its legacy handsets, as well as its newer affordable smartphones.

But there are so many Nokia phones, it can be hard to choose which to buy, if you're on the market.

Never fear, TechRadar's here, and we've made this buying guide to help you find the best Nokia phone out now, and also to compare the various phone models available. We're not including feature phones like the ancient Nokia 3310, this is just a list of smartphones.

Nokia is always launching new phones, like the Nokia 6.2 and 7.2 which were shown off at IFA 2019, and it'll likely have more at MWC 2020 in late February, so there's never time to release a definitive list. Instead, our collection is accurate right now. We haven't added these new phones to the list yet, as we're still testing them, but rest assured we'll add them soon.

The Nokia 9 PureView is Nokia's most recent flagship phone, and it comes with cutting-edge features to match. In particular, it comes with one important feature (or five depending on how you count it) in the form of its five-sensor rear camera, which is the most we've seen in a smartphone.

It's not exactly an expensive phone either, compared to some of the flagships you can buy today, so if you want a photographic smartphone powerhouse without taking a chunk out of your bank account, this may be the phone for you.

The Nokia 9 PureView has problems, as most phones do, but it represents the best Nokia has to offer right now.

The Nokia 8.1 was our favorite Nokia phone until the Nokia 9 PureView came along – it's a competent mid-range device offering up a tried-and-tested Snapdragon 710 chipset, functional camera, and adequate battery, all for a relatively low price.

For such a low-priced phone you'll certainly be impressed by its screen, with 2280 x 1080 Full HD+ and an 81% screen-to-body ratio, and an elegant design to match.

It's by no means a powerful smartphone, and it won't rival high-end models in terms of specs of functions, but at its price band it's a tempting device.

Nokia phones are often reliable handsets that lack any defining or distinctive features, and the Nokia 8 is a prime example of this. It looks great, with an impressive display and beautifully designed body, but many of the other features could be defined as 'fine'.

The dual cameras were acceptable in 2017 when the phone was released, and features like the 3.5mm headphone jack and physical front button which used to be commonplace but aren't any more, may appeal to users who like these features.

With the Nokia 8 you're getting a solid handset that won't let you down, but won't be an icebreaker at parties either.

While the Nokia 6.1 doesn't quite have all the bells and whistles of the other Nokia handsets above, it's still a great device – especially given many of the downsides we could attribute to it wouldn’t realistically be expected on a phone of its price.

It's a tough device with a robust design and strong frame – fans of solid and secure phones will love the Nokia 6.1's durability.

It also packs some pretty impressive specs for its low price, with a competent chipset and splendid screen – yet its camera loadout isn't as impressive as it could be. 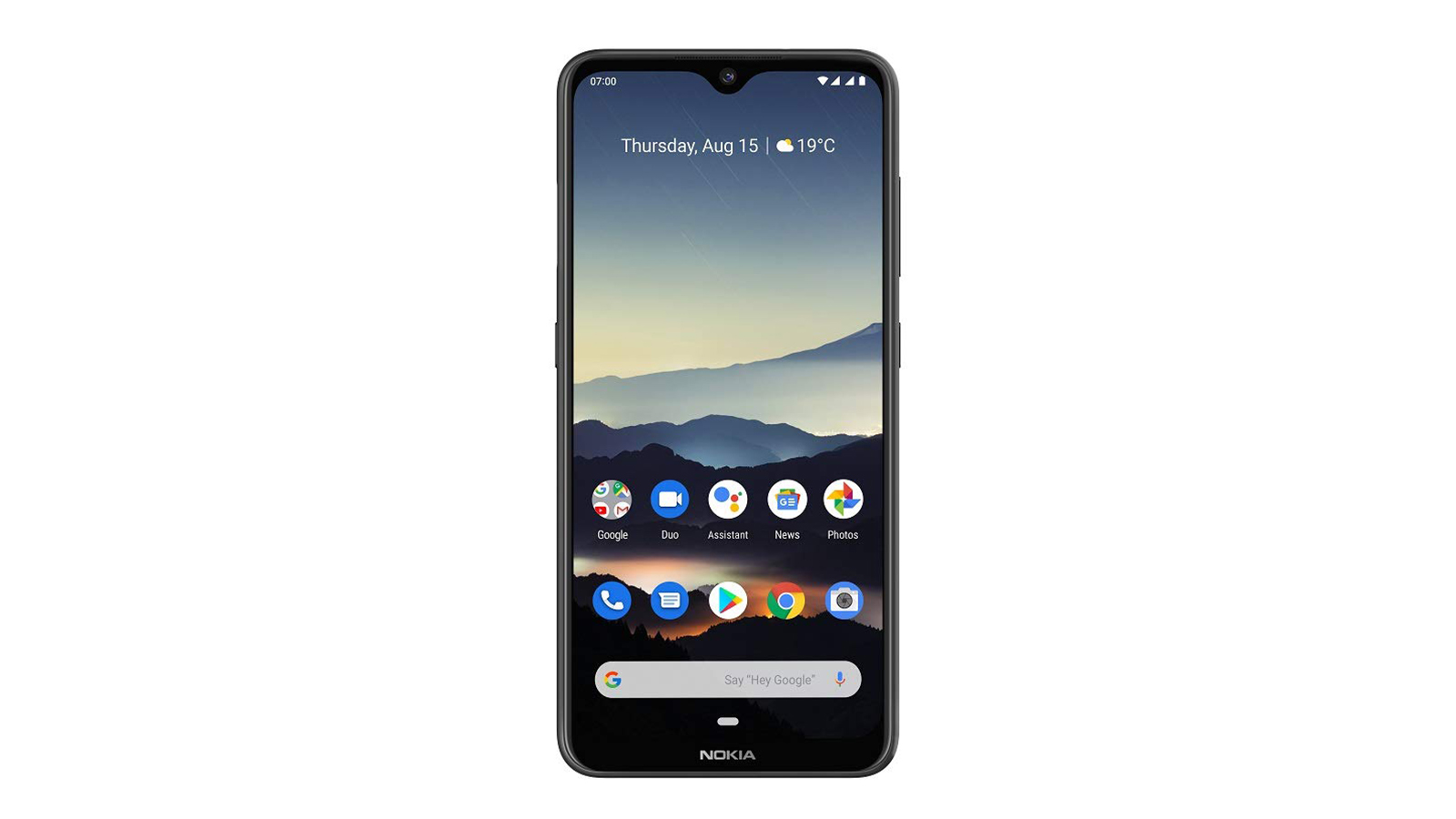 The Nokia 7.2 is a solid mid-range phone, but it struggles to stand out in the sea of Nokia Android devices. That said, it has smooth performance, a premium design and good quality main cameras.

Unfortunately the wide-angle camera is not up to scratch, which is disappointing when that can be a fun shooter to use. It is also a very slow phone to charge up and isn’t waterproof.

But the Android One version of Android 9 Pie is a godsend, with attractive stock design and a guaranteed two years of OS updates and three years of security updates, which is as good as the Google Pixel line.

The Nokia 7 Plus is exactly what you'd imagine from a Nokia handset, in that it's half the price of a flagship from its era yet it comes packed out with all the features you'd expect.

In particular the handset has an impressive camera loadout for its price, and can last for a long time under heavy use. There are drawbacks to the phone too, but it's still an impressive Android device.

Read our in-depth Nokia 7 Plus review

The Nokia 7.1 isn't exactly a miracle of a phone, but with such a low price tag you'll find the device great for everyday use if you don't need the high processing power.

That tall, bright, sharp screen really stands out for us though, and it makes video watching a pleasure – you can easily forget you're not using a modern flagship with it.

And at such a low price point, you definitely won't come away from the Nokia 7.1 feeling like you've got a bad deal – it's a reliable and snappy Nokia smartphone.

You wouldn't guess to look at it that the Nokia 5.1 is another mid-range smartphone – its metal body, classical styling and sleek design make it look like a premium device.

Of course it's what inside that counts too, and the Nokia 5.1 doesn't have the best specs which it's why it's a little lower on our list – but that doesn't mean it's a bad phone, and it'll serve your needs easily.

The Nokia 5.1 also has a great screen, with a Full HD+ display, which is rare in its price category  – but it should be this low cost that draws you in in the first place, as few phones that look this good cost so little. VPN usage soars across the world ... New Windows 10 patch is the latest to cause more p ... This $4 fitness band is the worlds cheapest sma ...