The cheapest AirPod prices, sales, and deals in January 2020

We're all about ditching those irritating cables to charge our devices, so we've found the latest discounted prices for the Apple AirPods with the wireless charging case too. It costs a little more, but we think it's worth it to be honest.

It's actually pretty rare to find Apple's wireless earbuds on sale, simply because they are one of the most in-demand items in the world of tech. In fact, they still sell out on a regular basis, so if you see an AirPods price, you like, don't think about it for long.

That's right, every time there's a decent AirPods deal, they get snapped up quickly, which isn't great news for those of you looking for a big discount. The AirPods' price is undeniably high, but we're in familiar territory here given Apple's reputation for premium items with the cost to match.

If you've picked up a modern iPhone that's dumped the traditional headphone jack, the Apple AirPods rank amongst the best earphones to pair with your new phone. Although, as they're Bluetooth, you can pair them with plenty of other mobile phones too and even laptops. If you're thinking of getting a new phone too, check out the latest offers below. 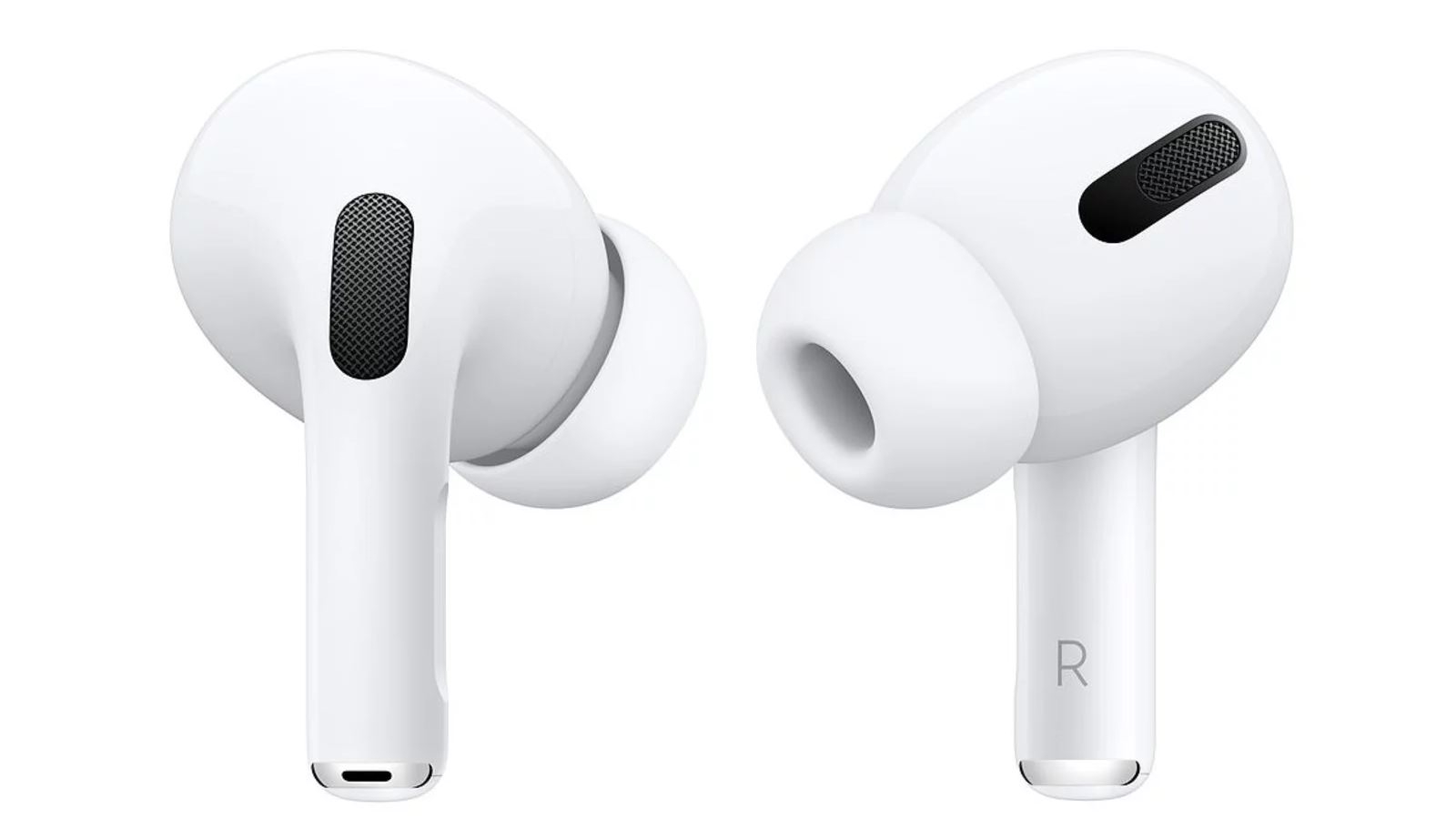 That's quite the jump in price compared to the regular AirPods, but the AirPods Pro are the first AirPods to include active noise-canceling technology to keep outside distractions away from your music which is excellent for those noisy commutes or keeping your concentration going at work. That being said, there is a mode you can activate which allows some outside noise to filter through, which is useful is you prefer being able to hear things like traffic when running/cycling/walking or someone calling your name in the office.

The AirPods Pro are also water and sweat resistant making them much better suited to the gym than the standard AirPods and they come with multiple tips so you can adjust to the best fit for you. The water resistance is IPX4 level so we're talking the odd splash and light rain rather than full-on immersion.

The new Apple AirPods Pro ship with a wireless charging case as standard. There is no cheaper version with a standard charging case, unlike the regular AirPods that give buyers the option of both.

Want to know more about these headphones? Take a look at our AirPods Pro review. 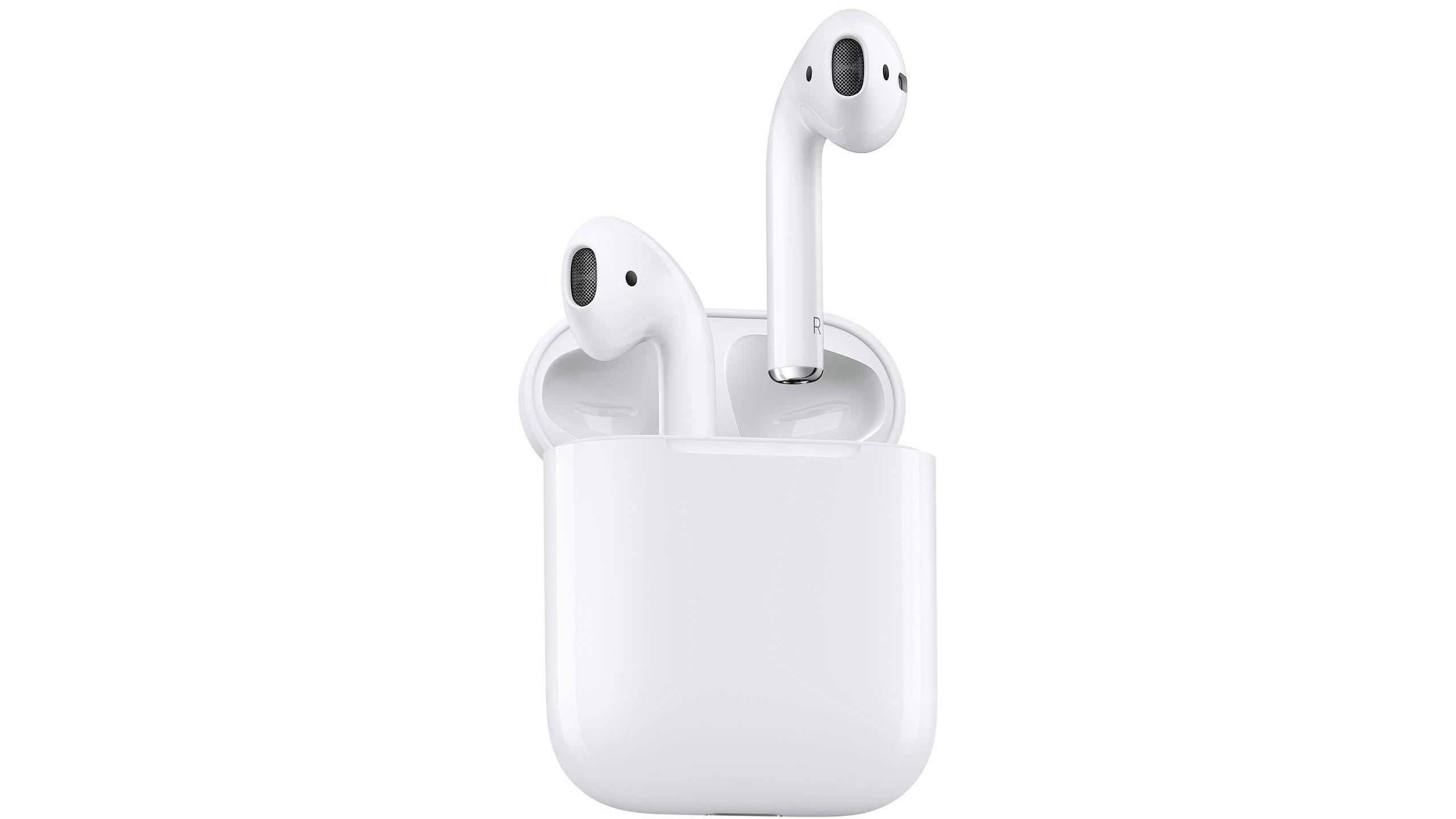 The latest AirPods prices and deals

Directly below you'll find the latest options to order the newest 2019 upgrade of the standard AirPods that were released in early 2019. The new AirPods cost $159 / £159 / AU$249, which is the same launch price as the original ones - so we're a little surprised they didn't cost a bit more given the improvements.

Compared to the older model the visual design remains the same. But inside you get a faster H1 processor chip, 50% more talk time and hands-free Siri interactions. So seeing as the older models never really came down in price, the new 2019 AirPods are the best option to buy right now. Look out for these features in the description, to make sure you're getting the newest versions. This model comes with the standard charging case, but we've found some deals for the wireless charging case model further down this page too.

Check out our full verdict on the 2019 model with our Apple AirPods review. 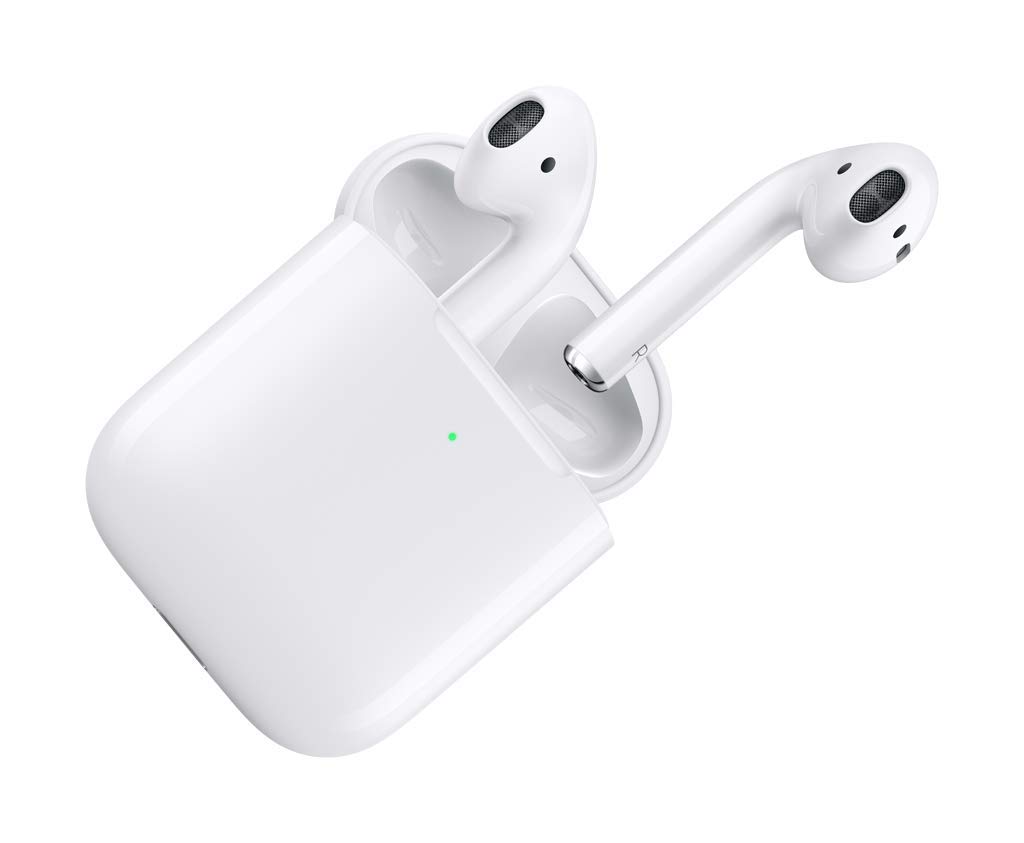 The 2019 upgrade of the Apple AirPods are also available with a wireless charging case. They cost a bit more with prices starting at $199 / £199 / AU$319, but wireless charging is a super convenient feature. The actual AirPods themselves are the same as the ones we mentioned above, so the case is the only difference between the two.

Just pop the your AirPods into the snug charging case, close the lid and put it on a Qi-certified wireless charging pad (sold separately) and that's it. Apple cancelled the release of its own bespoke wireless charging pad, the Apple AirPower, which would have allowed for simultaneous charging of your iPhone, Apple Watch and AirPods. But at least third-party pads are significantly cheaper than that one would have been.

What about the original 2016 Apple AirPods?

These models have been discontinued and phased out at most stores now. On the rare occasions that we do spot unused stock units, they're actually the same price as the new and improved 2019 versions.

Short version: get the 2019 models instead via one of the deals in the comparison chart above. To be sure they are the new ones, look out for H1 chip and hands-free Siri functionality in the description if the title doesn't say something along the lines of '2019' or 'latest/newest version'.

How much are AirPods?

Expect the usual outlets to charge closer to the MSRP and, better yet, potentially dip below it around the key shopping seasons. Fingers crossed we don't have to wait long for some proper Apple AirPod sales though!

Should I wait for a cheaper AirPods deal?

You might be waiting a while for seriously big discounts. Last year around Black Friday, Walmart knocked off, wait for it, about $7 and it was one of the most popular deals we highlighted in our extensive roundups of the hottest offers. We saw similar tiny discounts in the UK too.

Things have actually been better this year though with much better deals available in various regions. We're regularly seeing discounts of $15/£20, so you should be able to beat the recommended asking price to be honest. This EE Huawei P30 Pro deal comes with no upfront ... Rajeev Suri to step down as Nokia CEO; Pekka Lundm ... Nvidia officially launches cloud gaming service Ge ...
Which Configuration Management Tool would you pick ...
How to Automate your Local Env using DDKits, Larav ...
Why Get Free API as your APIM, and What isthe AP ...