Top 10 most influential gaming moments of the last decade

It’s easy to forget that videogames aren’t really that old. If we take Pong as first contact, that would make the medium 61 years old (as of this year). Compared to other industries, it’s still a spring chicken, but the pace by which gaming has developed both in technology and artistic scope has been astronomical in recent years.

Since 2010, we’ve had a number of immense developments, with new genres and portable technologies arriving, as well as some very important stories that have changed the way we think about our favorite hobby.

So join us as we remember ten of the best gaming moments that we think have defined the last decade. 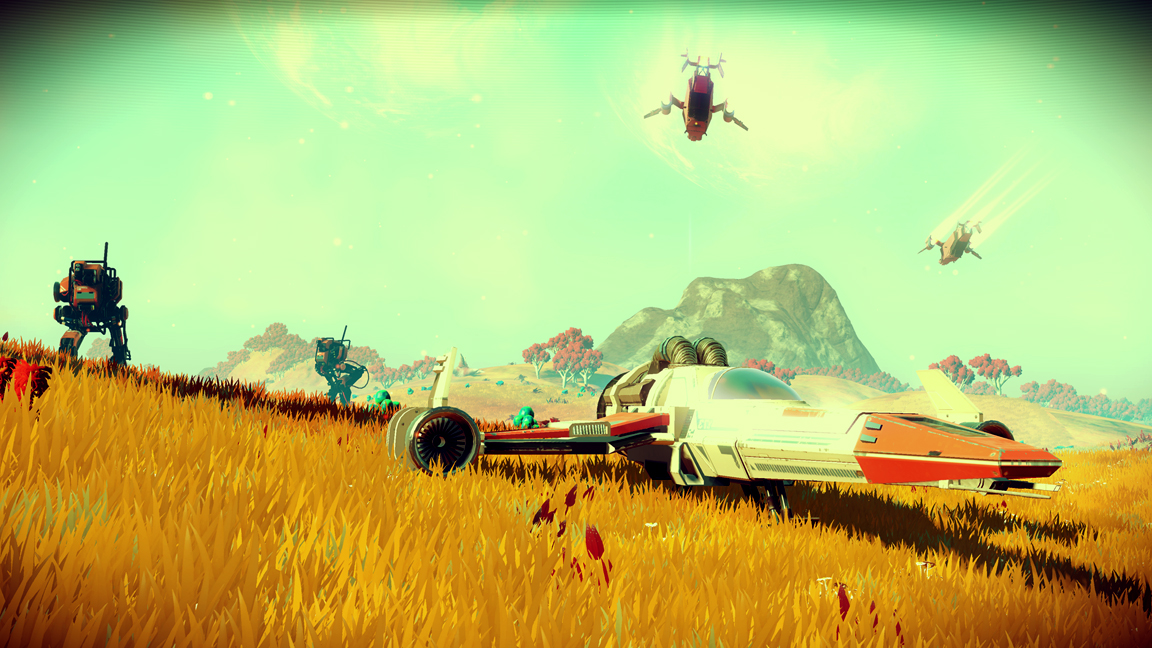 At launch, No Man’s Sky was a disaster. A victim of its own hype machine, when it dropped out of the procedurally-generated sky in 2016, it gave gamers the Molyneux blues. A lot of the promises weren’t delivered and it felt half-baked.

Alas, ever since, players who made their initial purchase have went from aggravated to loyal as developer Hello Games delivered countless updates and restored faith in the game, turning it into a genuine comeback kid.

With a VR version in tow and an excellent core loop reflective of the original vision, No Man’s Sky proved - more than any other game - that no title is ‘dead on arrival’, a trend we’ve seen in games like Destiny 1 and 2, Rainbow Six: Siege, PUBG and many more that have become some of the most important games of the last decade - despite a rocky start. 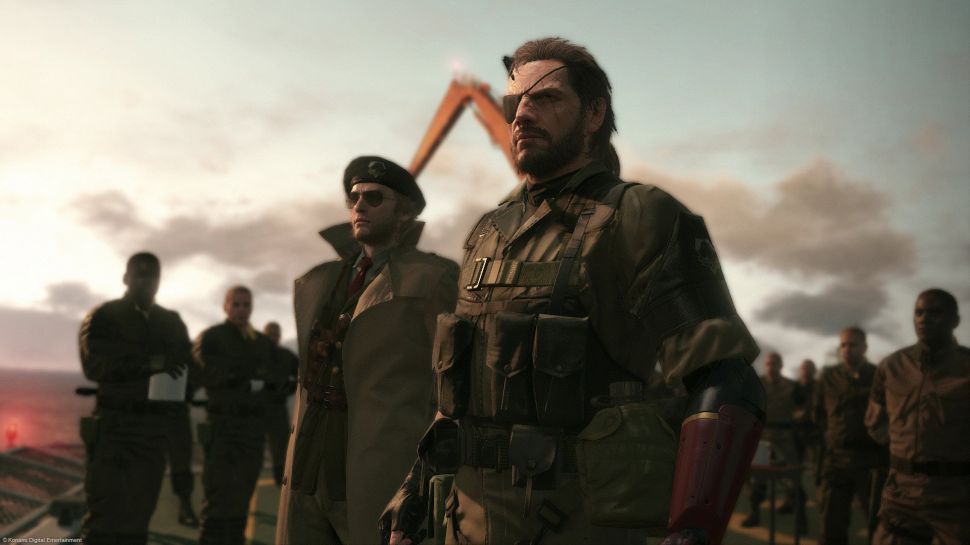 In one of the most long-winded controversial bust-ups in gaming, videogame auteur Hideo Kojima became ‘Punished Hideo’ when his relationship with Konami fell apart during the end of Metal Gear Solid V: The Phantom Pain’s development.

Butting heads over the game’s ambitious scope, the final entry in Kojima’s Metal Gear Solid series was left woefully unfinished, an entire final chapter left on the cutting room floor. In the meantime, Kojima’s Silent Hill reboot with Junji Ito and Guillermo Del Toro was scrapped and wiped from the PS Store.

Despite all of this, The Phantom Pain was a critical success and Kojima bounced back hard, creating his own production company with backing from big Sony, which led to one of the most unique AAA games of the decade in Death Stranding. 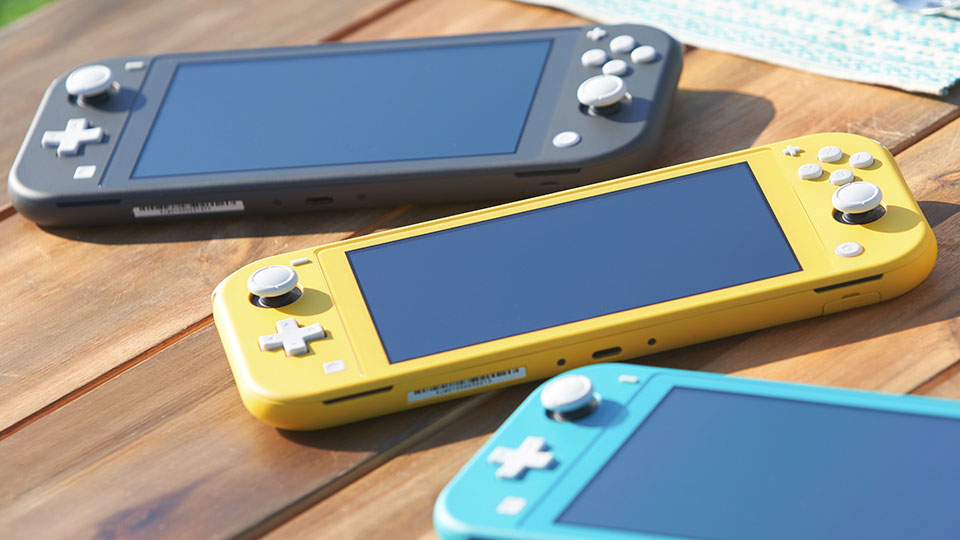 At the start of the decade, Nintendo was riding high on the success of the Nintendo Wii and the DS. Soon after they would go onto launch the 3DS in 2011 and the Wii U in 2012, a generation of consoles that didn’t fare as well as their predecessors. In particular, the Wii U was considered a flop, despite some locked-off exclusives only available to those who bought into the ecosystem.

At their lowest point, Nintendo then made the most vicious return to form with the Nintendo Switch, a more cohesive iteration on the technology of the Wii U and one of the most successful videogame consoles ever made, a portable powerhouse with a bubbling library of critically acclaimed and commercially successful juggernauts like Super Mario Odyssey and Breath of the Wild, which is now considered to be one of the greatest games of all time. Don’t call it a comeback, they’ve been here for years! 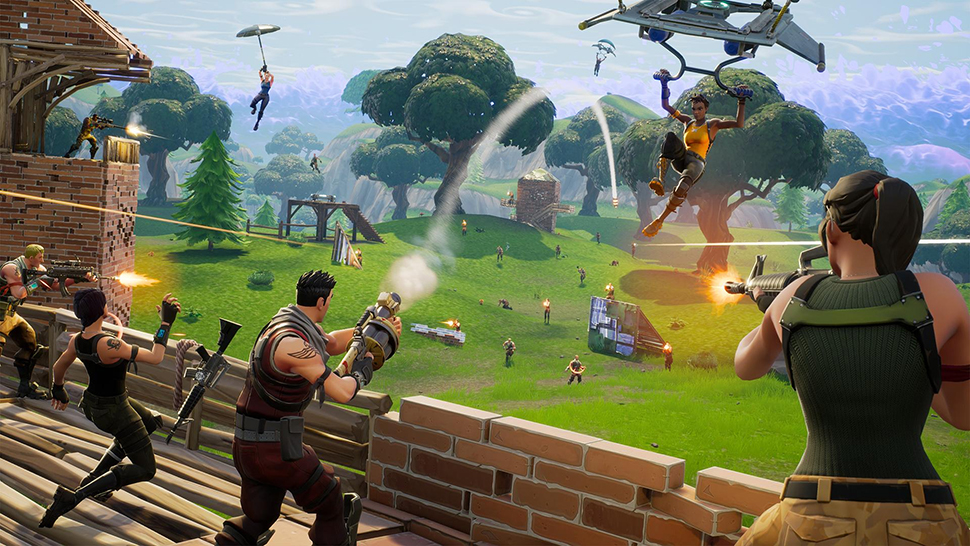 Brendan Greene cast the first sin by birthing the Battle Royale genre into the mainstream via PlayerUnknown’s Battlegrounds, a delightfully fun spin on the shooter that had teams of four attempting to survive a 100-player gauntlet on a giant landmass.

Little did he know that he would by proxy create the behemoth that is Fortnite, a word that now transcends the bounds of the medium.

As well as creating an exciting and deeply fun new genre, videogame culture has entered the real world via Fortnite dances, cultural crossovers with sports entities and plenty of global events from the nexus of one core idea: be the last one standing. 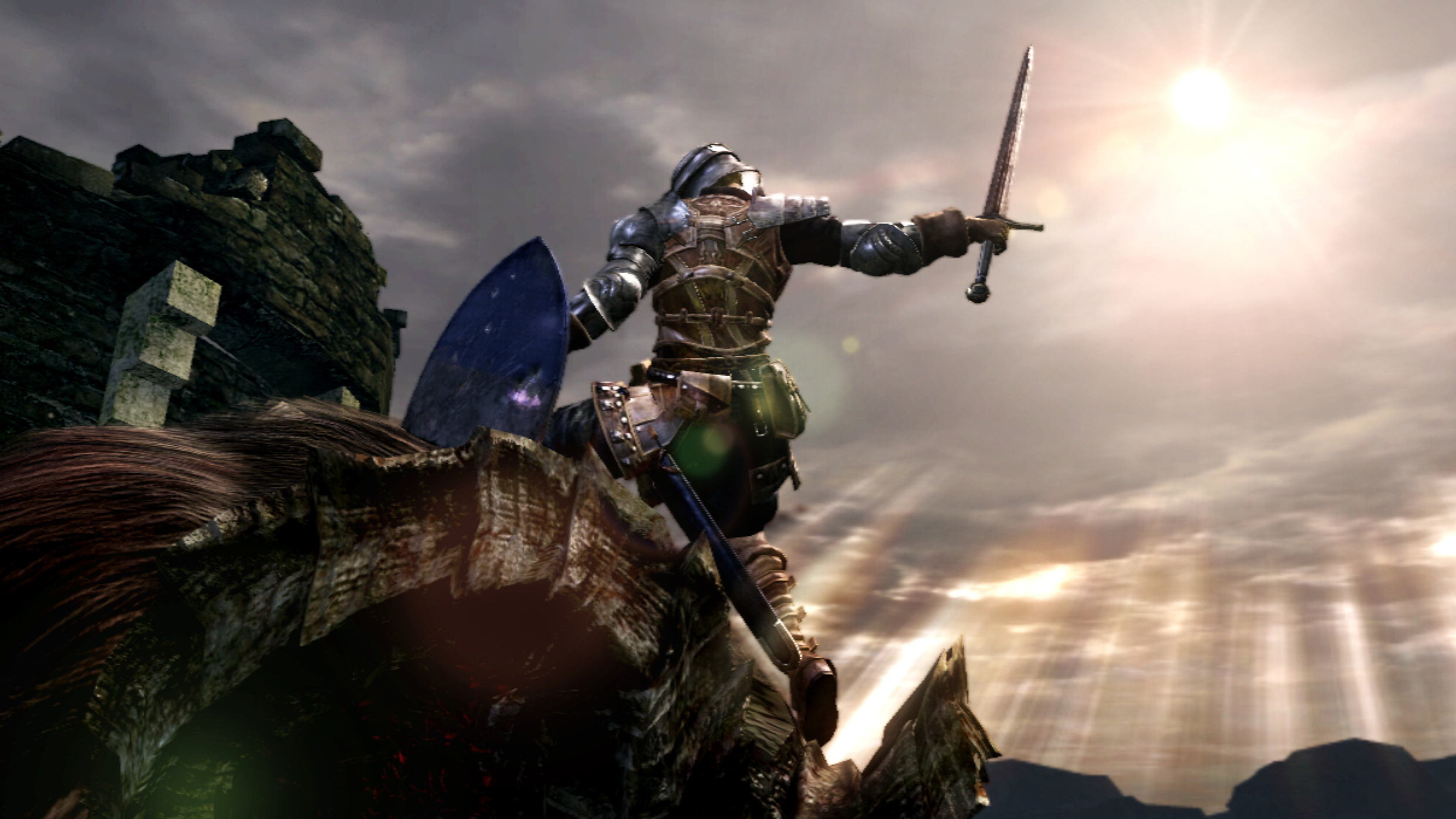 A cult action game turned global phenomenon, the souls series launched to little fanfare in 2011, before dominating the design in most games that came after it.

The decade has been very kind to Miyazaki and his team, as FromSoftware has delivered a series of instant classics. Most importantly, they’ve never settled to deliver the same experience, from Bloodborne’s frenetic action to Sekiro’s inspired shinobi world.

As of 2019, we’ve had a Star Wars soulslike and the Assassin’s Creed series has all but become one too. Its influence is undeniable and, unlike other genres, it’s yet to wane in popularity. Going into the next decade, we’re still begging for more and, with two massive console launches and Elden Ring around the corner, the legacy of Dark Souls is set to linger long past its original release. 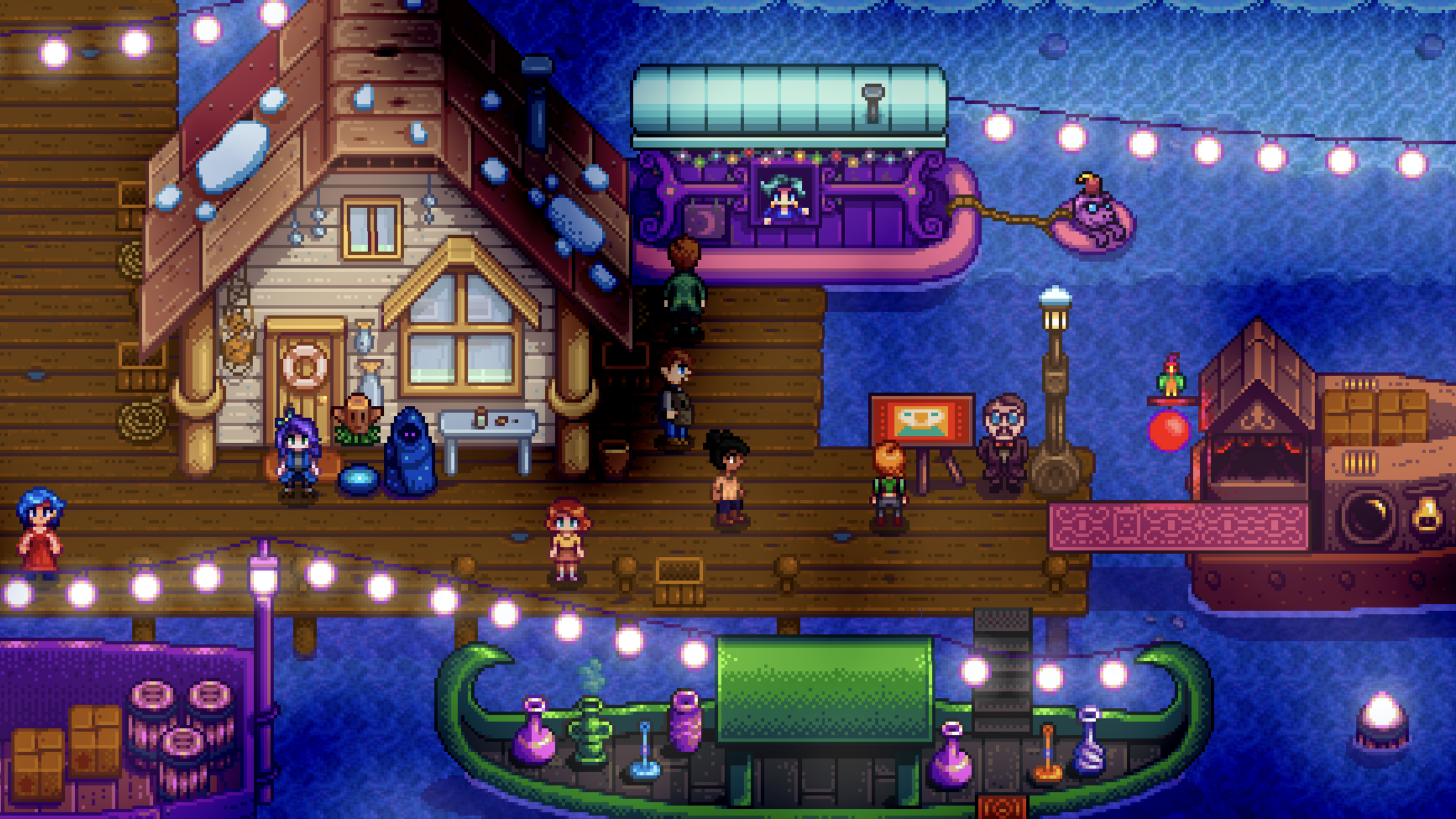 How could we talk about the last decade without dwelling on the impact of its indie games? An industry has been born for lofty games of small stature with teams of passionate developers making games on their own terms and influencing the massive AAA studios they look up to.

Shovel Knight and Undertale characters made it in to Super Smash Bros. Ultimate. Toby Fox composed for a Pokemon game… There is a shopping list of influential indie games too long to put here, but videogames in general wouldn’t be where they are now without the influx of creativity and bold stories told by indie developers this decade, which have pushed the medium hard to include women and POC, address its own issues and talk about mental health, race, gender and sexuality rather than just milling the depths of play with macho shooters led by dull protagonists.

The advent of streaming 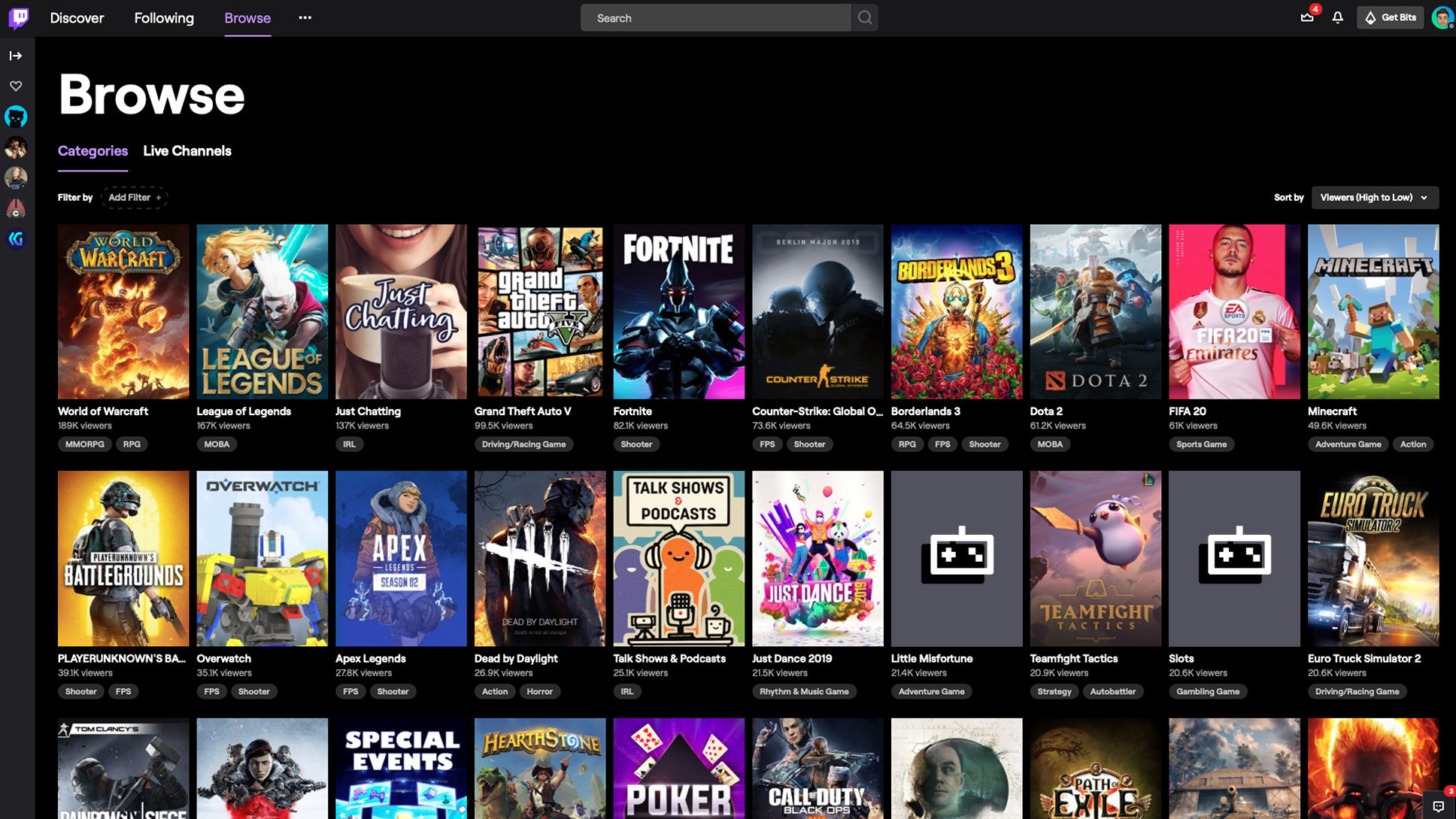 The concept of streaming has affected the industry in dual capacity this decade, both on a technological level and in the way that we consume videogames.

Technologically, we’ve seen services like Onlive, PlayStation Now and Google Stadia come to the fore, with Remote Play and Project xCloud removing the necessity of consoles in our living rooms, enabling a style of play that is accessible as long as you have a steady internet connection.

Yet we’ve also seen Twitch and Mixer turn players into celebrities thanks to the advent of game streaming, where juggernauts like Ninja, Shroud and Pokimane have been delighting audiences for the past few years and becoming responsible for millions of hours of consumption across the globe.

A natural evolution of recorded videos and YouTube, streaming has become integrated into most modern games and has become the main way we discover new ones, be that via live-streamed events or watching someone else play. 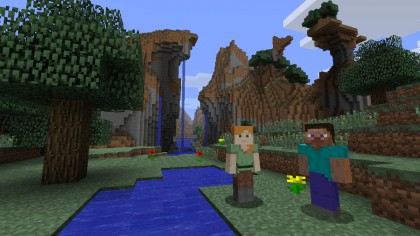 When the team at Mojang first added mobs and survival into Minecraft, we remember digging into the side of a mountain and surviving the first night. Never could we have imagined the influence that humble game would have on the industry nearly ten years later.

Since then it’s been acquired by Microsoft and distributed across every platform known to man. Entire communities and individuals have had their careers made by Minecraft, and it’s open-source style has allowed for countless creatives to get their start in modding and development.

It’s becoming increasingly hard to name a game without crafting now because of it, but given that Minecraft has become the best-selling game of all time, you can see why. Virtual reality headset ownership is still hovering around the 1% mark on Steam, but that’s not to say that the industry hasn’t made bold strides towards making VR mainstream with the introduction of the Oculus Rift, Vive and Windows Mixed Reality setups, backed up by ever-popular games like VR Chat and Beat Saber, which has since become this generation’s Guitar Hero.

With the Oculus Quest delivering wireless VR and Valve wading back into the software market, to deliver their first AAA VR experience in Half-Life: Alyx, virtual reality is in a very strong place as we shift into the next decade.

The introduction of microtransactions 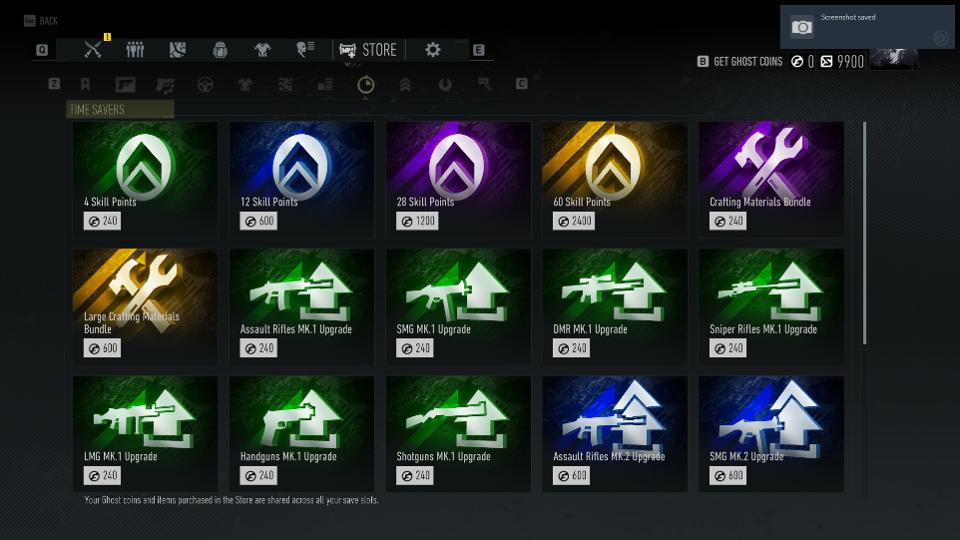 Be it FIFA Ultimate Team or Shark Cards, the introduction of microtransactions into mobile, and later AAA games, has been a difficult adaptation for the videogame industry in the past decade.

It is such a controversial topic that it has become the talk of politicians, who are seeking to regulate predatory loot boxes and oust gambling from videogames. As we enter 2020, the conversation has become so virile that it is now a selling point if a game does not have microtransactions. With the discourse now flipped on its head, intense scrutiny will now be given to how service games approach monetization in the near future. What is the best Linux distro for beginners? ... Google, Facebook to activate undersea web cable, e ...
Monitoring and Amazon CloudWatch? ...
What, Why and how to use Amazon Virtual Private Cl ...