Toronto-based Top Hat, a company that makes a number of software tools for teachers in higher education, today announced that it has raised a $55 million Series D funding round co-ed by Georgian Partners and Inovia Capital. All of the company’s previous investors, including Union Square Ventures, Emergence Capital and Leaders Fund, also participated in this round, which also includes debt financing from BMO Technology and Innovation Banking Group.

According to Top Hat, about 2.7 million students are currently enrolled in courses that use its tools and schools that use its services include 750 out of the top 1,000 colleges and universities in North America.

“Higher education is undergoing a sea change brought on by the massive price of a degree, combined with an economy undergoing radical transformation,” said Top Hat founder and CEO Mike Silagadze. “This has created a demand to raise the impact of educational outcomes. With the support and confidence of our investors, customers, and employees, Top Hat will continue building on the exponential growth we’ve achieved to empower professors to work smarter and more effectively so they can improve the educational return on investment for their students.” 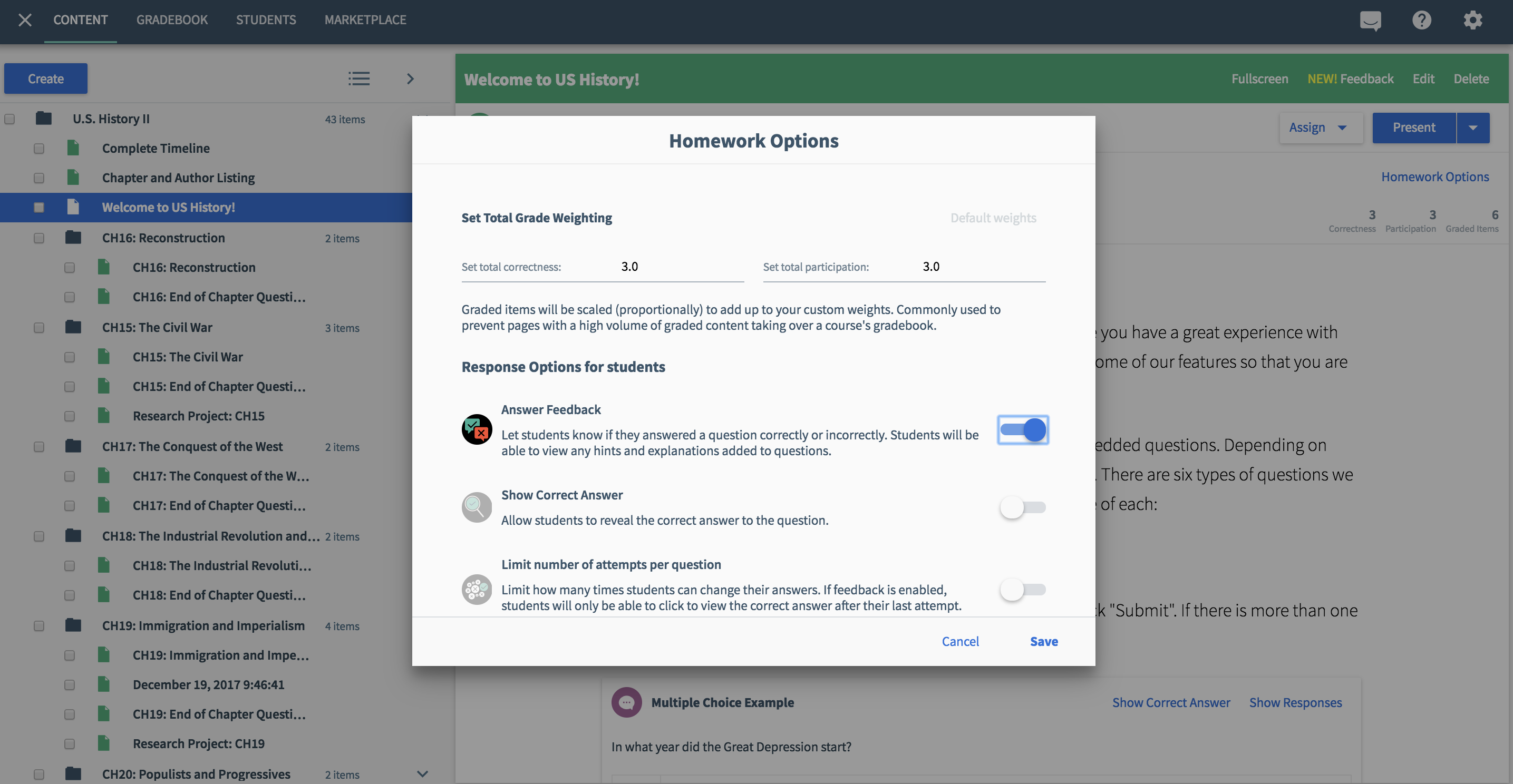 The company, which has now raised a total of just under $105 million according to Crunchbase, plans to use the new funding to expand its efforts around digital textbooks and course materials. That’s a process the company started in 2017 when it moved beyond its quiz and feedback system for in-class use to becoming more of a platform that included textbooks and other tools for teachers and students. Today it has exclusive partnerships with textbook publishers Fountainhead Press and Bluedoor Publishing.

As of last year, Top Hat is bundling its products into a single platform to provide teachers with a comprehensive set of tools for managing their classes.

“As university students rebel against ridiculous textbook prices much as music consumers did in the early 2000s, Top Hat has emerged a visionary leader by bringing students and educators together in a collaborative digital teaching and learning experience that improves outcomes while reducing costs,” said Inovia Capital partner Shawn Abbott. “My partnership is proud to be part of the massive societal impact of building an enduring, trusted platform on which our children are being better educated, affordably.”

The Dow and SP near three-year lows, Nasdaq falls ... Netflix is still saying no to ads ...

PC shipments expected to drop this year because of ... Realme Narzo 10 will debut in India on March 26 ...
Getting Started with using Bootstrap Barrio in Dru ...