You season 3: release date, cast and what we know about the Netflix drama's return

There’s something horribly captivating about Netflix's You. Loosely adapted from the book series of the same name by American author Caroline Kepnes, You invites us into the mind of lovesick psychopath Joe Goldberg (Penn Badgley).

The problem is, Joe has an unhealthy fixation with each of his partners, which causes him to do some pretty wild things in the name of love. Across the first two seasons of the show, we have seen him lie, manipulate and even murder his way into the hearts of unsuspecting victims in a way that's both disturbing and oddly captivating.

Even though a show with a subject matter like this should be more contentious, You is clearly a big hit with audiences on Netflix. After being dropped by the cable network Lifetime in the US, Netflix bought the show in late 2018. The second season was watched by 54 million in its first month on the streaming service alone (well, 54 million people watched at least a couple of minutes of episode one, anyway).

You season 3 was announced on January 14, with its renewal for another series helped by a production tax credit for over $7 million. We'll get to further explore the twisted lives of Joe and his new partner, Love Quinn (Victoria Pedretti), after a wildly unpredictable finale to season 2. Below, we'll explain when season 3 will land on Netflix, and summarize everything that we know about the next set of episodes so far.

Netflix hasn't confirmed an exact release date for You season 3, but when news of the renewal broke on TVLine, it was revealed that 10 new episodes are coming in 2021. The official Twitter page for the show posted a tongue-in-cheek video in early January, simply stating "New Year, New You", a cute play on the pseudo-self-improvement commentary in You's second season.

While this does basically condemn viewers to a full year before they can check back in with Joe and Love, it's nice to know a new season is definitely happening in an age where Netflix isn't afraid to cancel its original shows.

You season 3 cast: Joe and Love will return

While there is no word yet on when production will begin on season 3, we have confirmation of two returning cast members: Badgley will return as Joe and Victoria Pedretti will return as Love.

The continued presence of Love in Joe's life was a pretty sure thing given how season two ended, with the couple in a pretty unholy union (more on what that twist means for season 3 below). Hopefully, we'll see the return of the extended cast of Quinn family and friends from season 2 as well.

It's likely that You will continue to be set in Los Angeles for the foreseeable future. With the previously mentioned tax incentives in place for production in California, and a second season finale that saw Joe adjusting to life in an idyllic suburban home, it's safe to assume that season three won't feature a change of location like season two's shift from New York to LA.

You season 3 story: what to expect next year

Season 2 of You drastically stepped up the melodrama, diverging from the books with a pretty shocking character reveal. When Love is forced to confront Joe's true nature by his first victim, Candace, she takes the news in a way few people saw coming – by stabbing Candace in the throat.

It was a jaw-dropper of a moment, revealing that Love is as obsessive and inclined toward murder as Joe is. Speaking to Entertainment Tonight, Badgley offers some insight into the gender politics the show explores through Joe's rejection of his partner's darkest tendencies.

It's not just Love that season three plans to interrogate more thoroughly. Showrunner Sera Gamble is planning an even darker future for Joe, too. In an interview with The Hollywood Reporter, Gamble talked about how the ending of season 2 doesn't indicate good things for our protagonist. 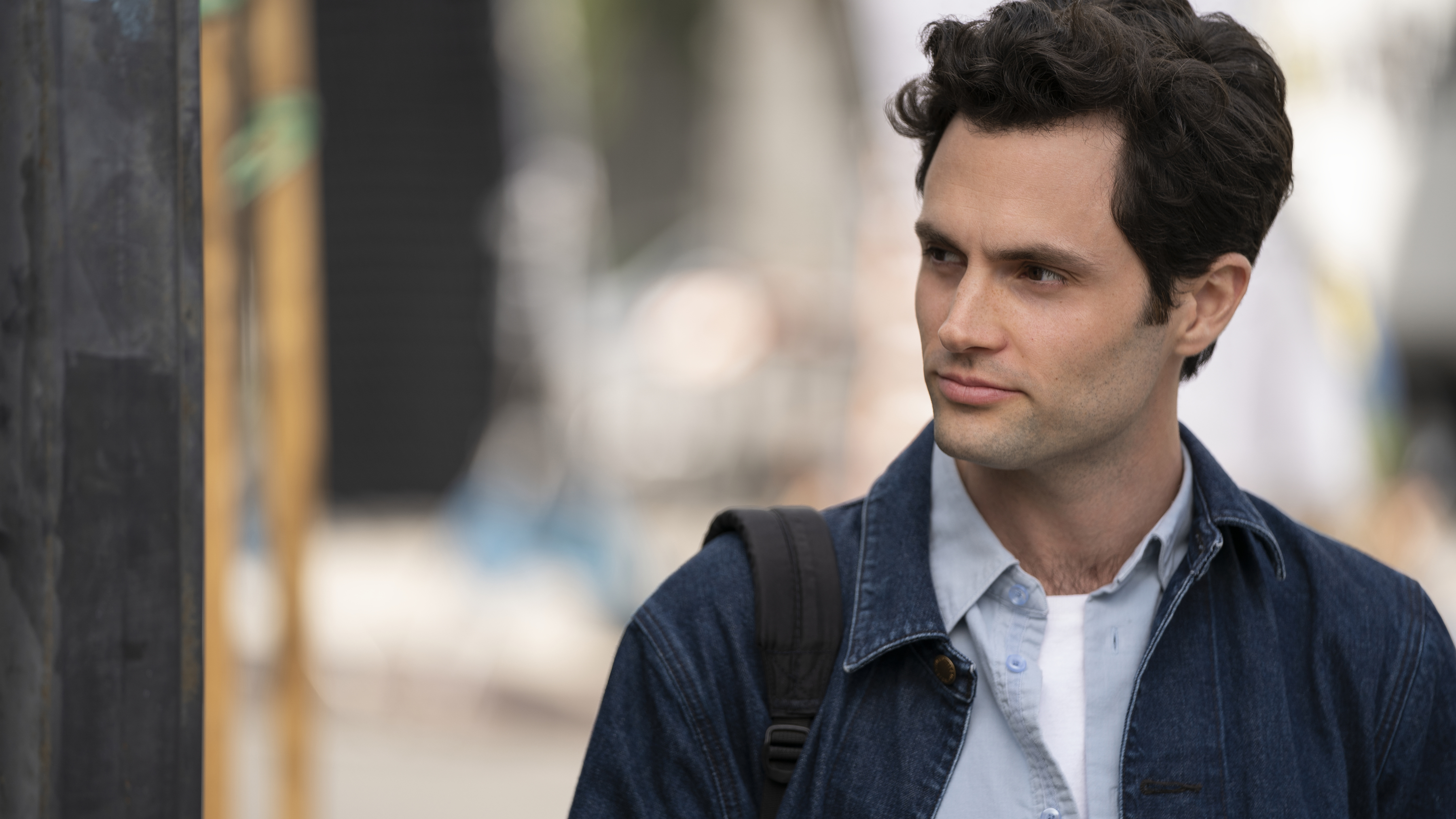 In the wake of Love's revelations of murder, she also surprises Joe with the news that she is now carrying his child, securing her future with him (for now). We see the two move to the suburbs (with Love's mother in tow) and it's here that Joe spies his new neighbor through the fence – a possible new subject of his obsessive nature.

"I think to me, the most important thing about that last scene is just it is confirmation that Joe is still Joe," Gamble says, "in a way that's not going to be great for Joe." What drives Joe, and how that makes us feel about his actions, was clearly Gamble's vision for season two, which saw an extensive dive into the traumatic childhoods of both Joe and Love. Even though their histories are pretty different, we learn that both leads experienced physical and emotional abuse as well as perpetrating acts of violence at a very young age.

The finale was designed to set up, "a much more suburban, insular world where Joe would be a complete fish out of water". How Joe handles fatherhood will be an interesting element of next season – the past two seasons have shown that he's particularly protective of the children in his life.

Badgley told TVLine that Joe and Love are "not soulmates. He's afraid of her at the end. Basically, it's set up for season 3 in a way where they would be each other's arch nemesis." That's a lot of potential material for You season 3 to explore.

You could run for even more seasons on Netflix

Joe's story won't necessarily be complete with season 3, either. "I am not scared at all of saying that we definitely could follow Joe for several more seasons," Gamble told THR. Don't worry about the writers running out of ways to test their protagonists, either. "Because we believe in the world that Caroline gave us and we believe in these characters, we just know they'll keep finding really fucked up shit to get into."

You is a one-of-a-kind show

No matter where the twisted romance of Joe and Love takes us next, Netflix clearly has a guilty pleasure smash on its hands. Author Caroline Kepnes is currently hard at work on books three and four in her You series, which means that You season 3 could face a Game of Thrones-style dilemma in outpacing the source material.

You is just a fresh, sexy and somewhat dangerous show. It takes the thrilling complicity in horrible acts seen in the show Hannibal, and perfectly matches it with biting millennial satire. Naturally, it's generated controversy for its dark subject matter, but Gamble has managed to navigate the show's themes with a deft touch, giving viewers a twisted and compelling show. 5 games that deserve The Witcher treatment on Netf ... BMW's vision of the future is a lazy driver's drea ... The beautifully understated nav display on the 202 ... 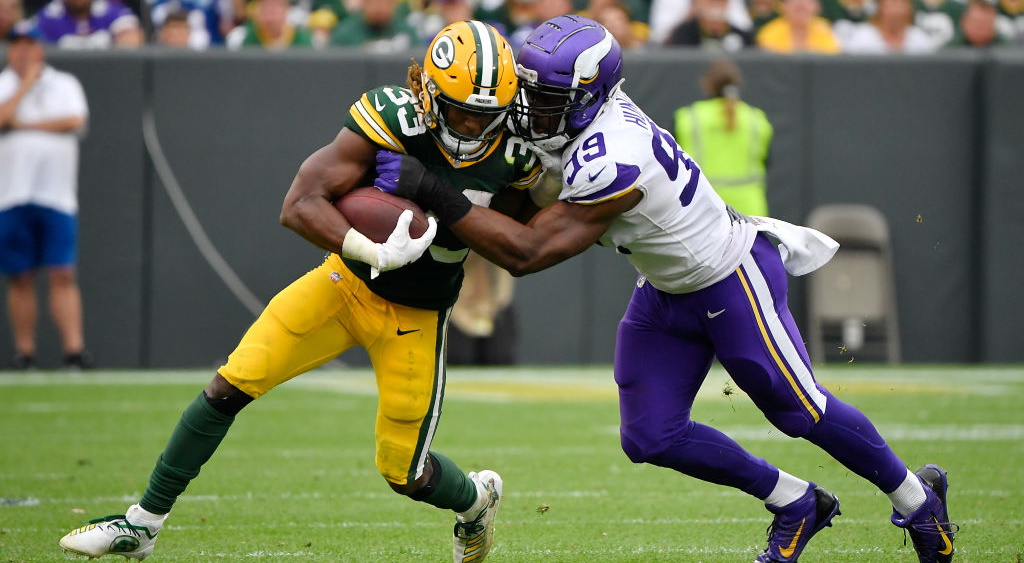 Packers vs Vikings live stream: how to watch today ...